WWII Research and the Grants Program

Vaccines and therapies to deal with tropical diseases were also critically important to the war effort. At the NIH's Rocky Mountain Laboratory in Hamilton, Montana, yellow fever and typhus vaccines were prepared for military forces. In Bethesda as well as through grants to investigators at universities a synthetic substitute for quinine was sought to treat malaria. The Division of Biologics investigated the fever-producing properties of bacteria which might appear as contaminants of plasma, serum albumin, or whole blood, and developed sampling techniques to avoid contamination. Research in the Division of Chemotherapy revealed that sodium deficiency was the critical element leading to death after burns or traumatic shock. This led to the widespread use of oral saline therapy as a first-aid measure on the battlefield. NIH and military physiologists collaborated on research into problems related to high altitude flying. They determined the altitude at which oxygen had to be administered to prevent pilots from blacking out and designed an apparatus to supply extra oxygen efficiently. They also studied the relation of pressure changes to bubble formation in liquids to address the problem of emboli forming in the blood of pilots. Other tests were made to evaluate the efficiency of flight clothing, especially electrically heated suits, and to determine the effect of altitude on visual acuity and the use of visual devices for improvement of night vision. 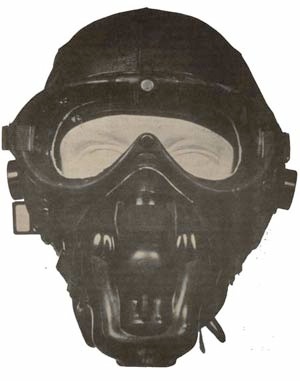 As the war drew to a close, PHS officials guided through Congress the 1944 Public Health Service Act, which defined the shape of medical research in the post-war world. Two provisions in particular had an impact on the NIH. First, in 1946 the successful grants program of the NCI was expanded to the entire NIH. From just over $4 million in 1947, the program grew to more than $100 million in 1957 and to $1 billion in 1974. The entire NIH budget expanded from $8 million in 1947 to more than $1 billion in 1966. Between 1955 and 1968, NIH Director James A. Shannon presided over the spectacular growth that is now fondly remembered as "the golden years" of NIH expansion. 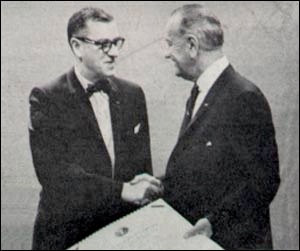 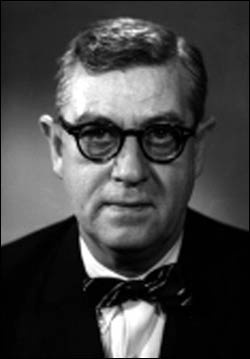