The Office of NIH History and Stetten Museum

The Office of NIH History and Stetten Museum (ONHM) at the National Institutes of Health (NIH) advances the historical understanding of the biomedical research conducted at the NIH by documenting, preserving, and interpreting the history of significant NIH achievements, scientists, and policies.  Among other activities, the office creates innovative exhibits and helps scholars and researchers to navigate the rich history of the NIH.

Be a part of history by donating your scientific materials or volunteering in the office.  Send us a message at history@nih.gov.

The History of History at the NIH

In the early 1950s, the NIH got an unofficial agency "historian" when Louise Endicott, a staff member of the NIH Scientific Reports Branch, asked to be appointed as one. She served in that capacity until her retirement in 1956. In 1962, Dr. Wyndham Miles became the first professional historian for the NIH. He served until 1974, when he moved to the History of Medicine Division at the NIH National Library of Medicine.

In planning for the commemoration of the NIH's centennial in 1987, Dr. DeWitt Stetten Jr., proposed the establishment of a museum of medical research to preserve the material heritage of the NIH. Stetten had first come to the NIH in 1954 as director of the intramural research program of the National Institute of Arthritis and Metabolic Diseases. He left in 1962 to become the first dean of the Rutgers Medical School, but returned to the NIH in 1970 as director of the National Institute of General Medical Sciences. Stetten then became the senior scientific adviser to the NIH director from 1979-1986. Reviving the position of historian was a component of his proposed museum and in 1986, Dr. Victoria A. Harden was appointed NIH Historian and Curator. In May 1987, the museum was renamed in honor of Stetten.

Harden retired in 2006, and Dr. Robert Martensen served as the next director from 2007 until his death in 2012. The office has continued under acting directors. 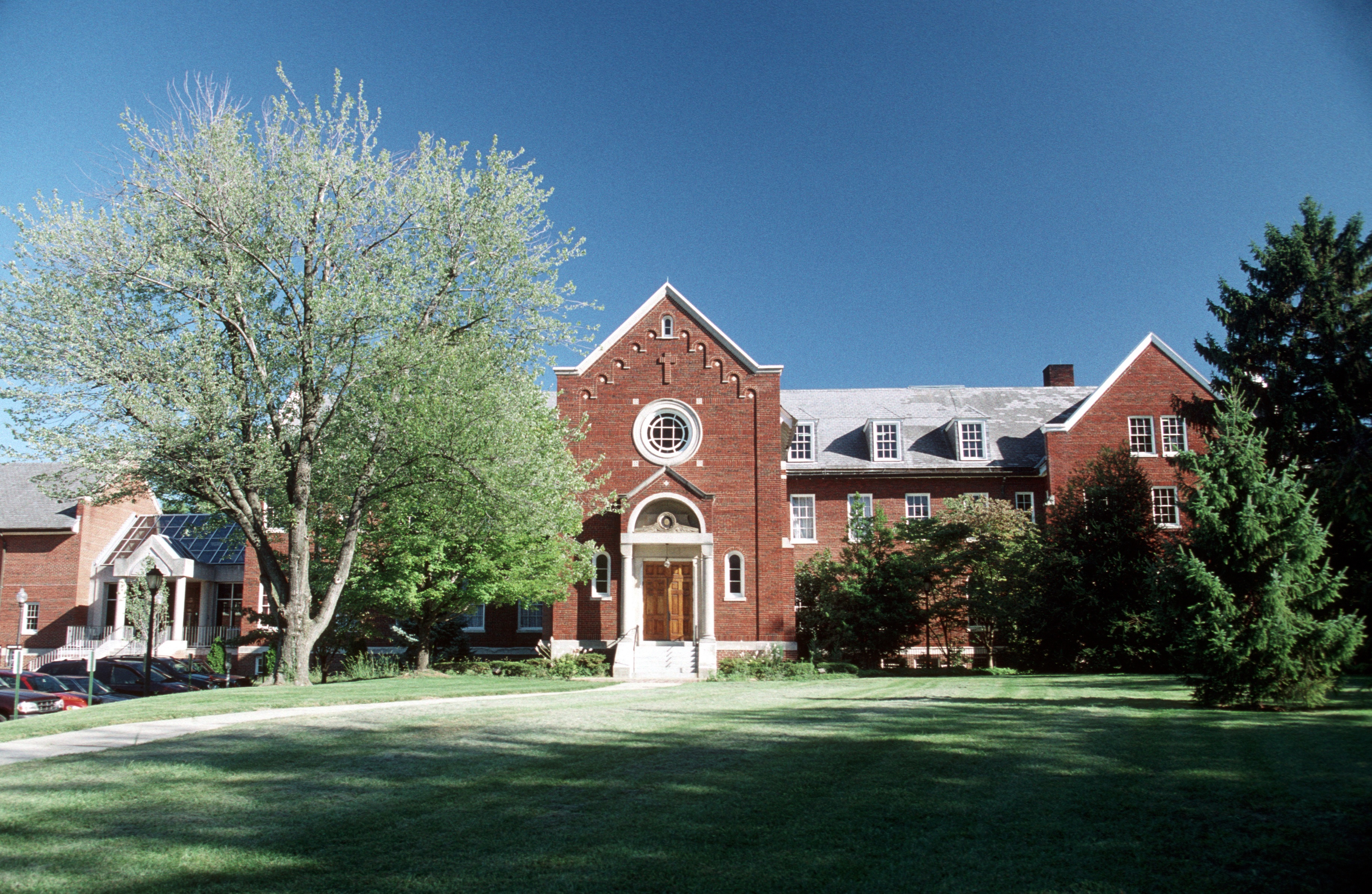 Courtesy NCI Visuals Online The Office of NIH History and Stetten Museum in Building 60, The Cloisters. Once home to the Sisters of Visitation of Washington, D.C., this building, nicknamed The Cloisters, is formally designated as the Mary Woodward Lasker Center for Health Research and Education. Constructed in 1923, the building predates the NIH in Bethesda. While our offices are here in The Cloisters, our collections are displayed throughout the NIH campus or otherwise in offsite protective storage. 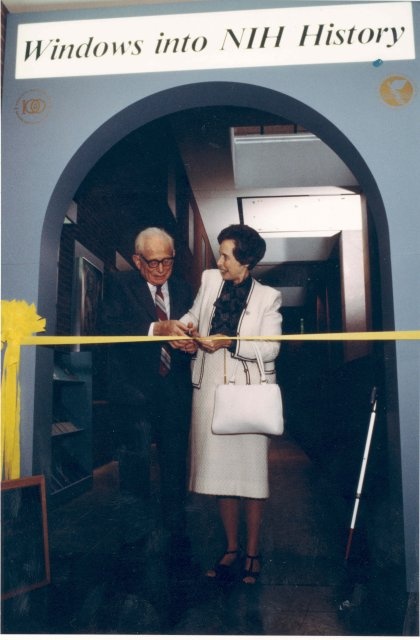 
Dedication of the DeWitt Stetten, Jr., Museum of Medical Research. Stetten had proposed the creation of a museum of medical instruments at the NIH in the early 1980s.

What the Office of NIH History and Stetten Museum Does

The NIH biomedical and behavioral research community is an extraordinarily dynamic one, with a flow of talent from across the globe that relies on, and sometimes invents, ever-changing technologies. The Office of NIH History and Stetten Museum (ONHM) helps to preserve the memory of who worked with whom, of when the work was conducted, and of what tools they used. NIH scientists and others in the community can legally transfer historical properties to ONHM, where they can become part of our national legacy. The material heritage in our collections includes instruments, objects, images, films, voices, notebooks, illustrations, and myriad documents. These historical resources preserved by ONHM are of inestimable value to this and future generations of researchers. Some less-formal correspondence covering topics — such as policy, finance, public relations, hiring strategies of lab personnel, as well as milestone discoveries — can illuminate perspectives not captured in formal journal publications.

We welcome the opportunity to evaluate materials or objects for donation. Due to space constraints, we're selective in the types and formats of donations. However, if prospective donations fall outside the scope of our collection focus, we will gladly advise you on suitable repositories for your materials among our colleagues. Please see our "Get Involved" section of this website.

Where We Fit In With Other History-of-Medicine Repositories

ONHM focuses its research and collecting specifically on the NIH research community — its people, its facilities and resources, its contributions to national and international research initiatives, and its interactions with scientific educational institutions and technology innovation centers. It is that focus on NIH that separates the office from the NIH National Library of Medicine (NLM), which has a broad mandate to cover medical history from all times and from all places over the globe. ONHM works closely with NLM to be sure that important historical resources are saved and made accessible. 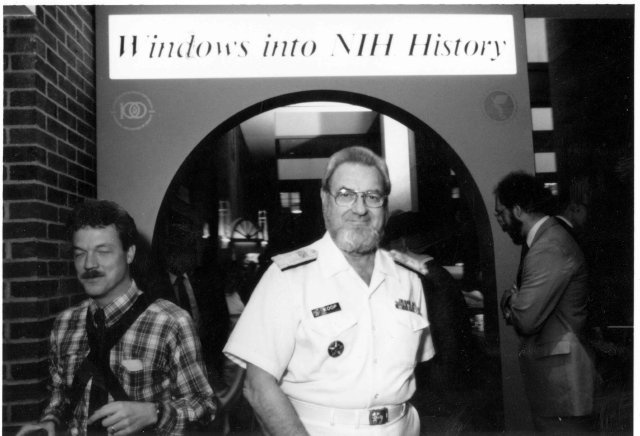 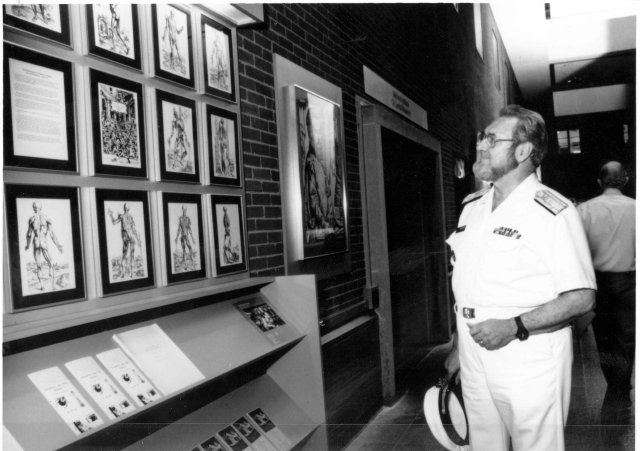 Visit the Virtual Exhibits page for an index of current and past exhibits.