The NIH traces its roots to 1887, when a one-room laboratory was created within the Marine Hospital Service (MHS), predecessor agency to the U.S. Public Health Service (PHS). The MHS had been established in 1798 to provide for the medical care of merchant seamen. One clerk in the Treasury Department collected twenty cents per month from the wages of each seaman to cover costs at a series of contract hospitals. In the 1880s, the MHS had been charged by Congress with examining passengers on arriving ships for clinical signs of infectious diseases, especially for the dreaded diseases cholera and yellow fever, in order to prevent epidemics. During the 1870s and 1880s, moreover, scientists in Europe presented compelling evidence that microscopic organisms were the causes of several infectious diseases. In 1884, for example, Koch described a comma-shaped bacterium as the cause of cholera.

Officials of the MHS followed these developments with great interest. In 1887, they authorized Joseph J. Kinyoun, a young MHS physician trained in the new bacteriological methods, to set up a one-room laboratory in the Marine Hospital at Stapleton, Staten Island, New York. Kinyoun called this facility a "laboratory of hygiene" in imitation of German facilities and to indicate that the laboratory's purpose was to serve the public's health. Within a few months, Kinyoun had identified the cholera bacillus in suspicious cases and used his Zeiss microscope to demonstrate it to his colleagues as confirmation of their clinical diagnoses. "As the symptoms . . . were by no means well defined," he wrote, "the examinations were confirmatory evidence of the value of bacteria cultivation as a means of positive diagnosis." 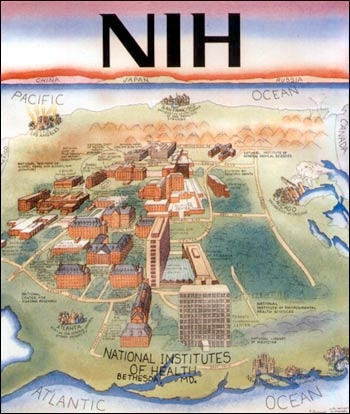 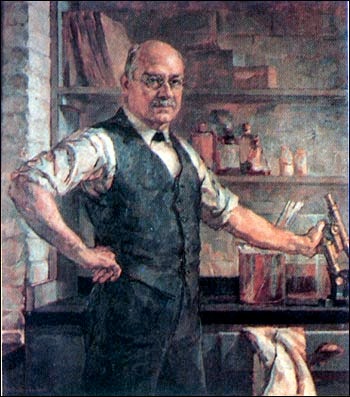 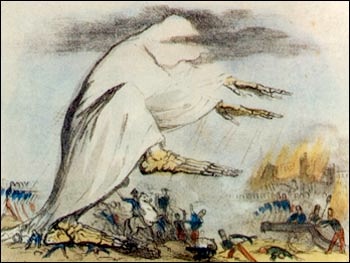 A representation of the cholera epidemic of the nineteenth century