"Chris is unique because he thinks big. For example, when the rest of the scientific world was talking about how to conduct research with minute quantities of interferon, Chris said, ‘I'll synthesize it.’"

Interferon: Can a Protein Be a Treatment? 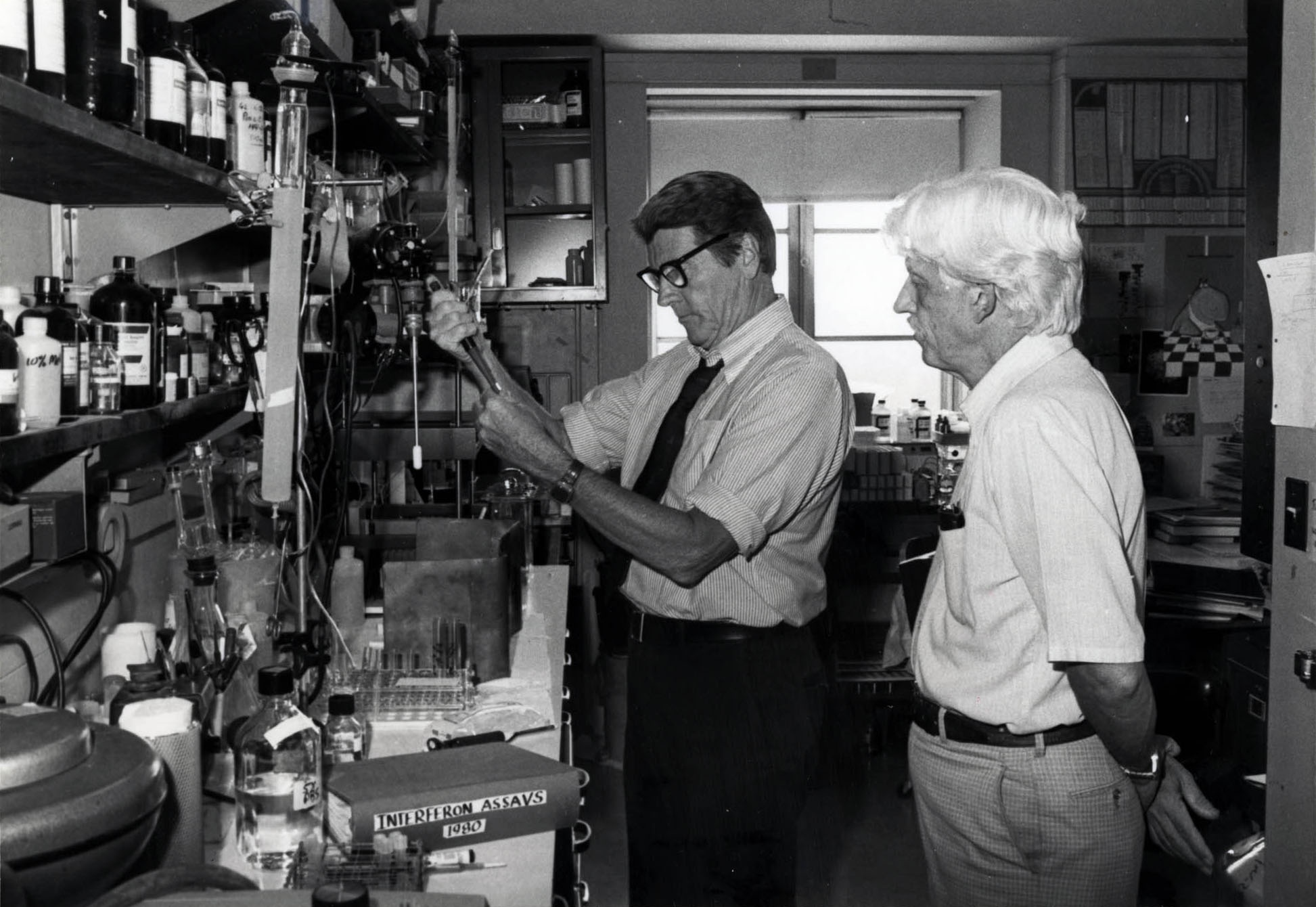 A notebook “Interferon Assays” sits on the laboratory bench while Anfinsen speaks with Joseph “Ed” Rall, the Scientific Director of the National Institute of Arthritis and Metabolic Diseases, who himself was a major positive force on the NIH campus. Rall had recruited Anfinsen as chief of the Laboratory of Chemical Biology. National Library of Medicine

Interferons are a group of proteins that get their name because of what they do: interfere with the replication of viruses. They also help to protect cells from bacterial infections and may inhibit cancer growth. After winning the Nobel Prize, Anfinsen turned to the problem of obtaining enough interferon to study it. In 1974, Anfinsen’s laboratory isolated and purified interferon, enabling them to produce large amounts. By 1979 Anfinsen’s group, among others, had determined the complete sequence of interferon's amino acid structure. Interferon is now used to treat hepatitis C, multiple sclerosis, leukemia, and some cancers. 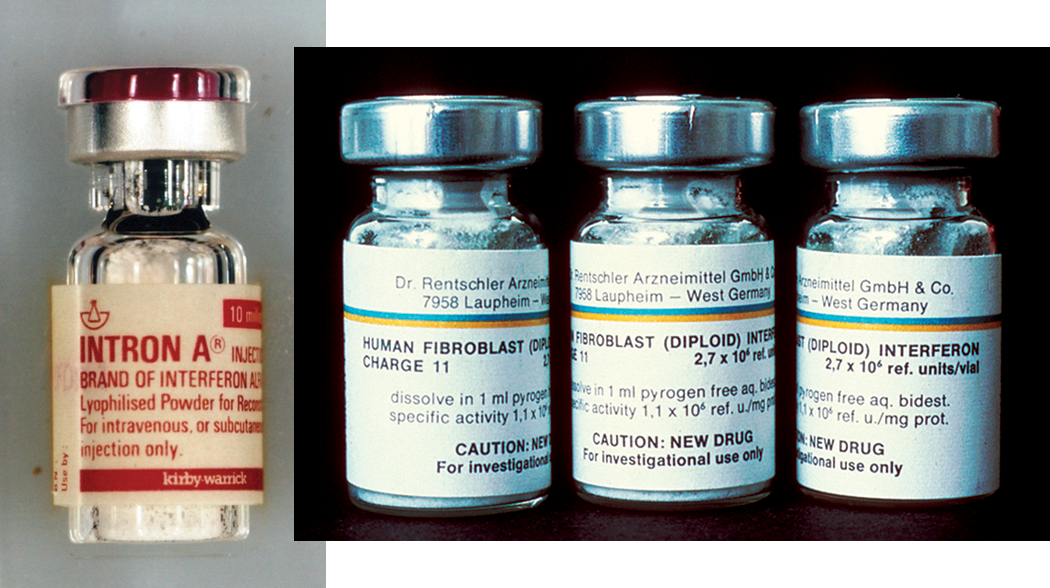 Molecular Engineering: What Happens When You Change a Protein? 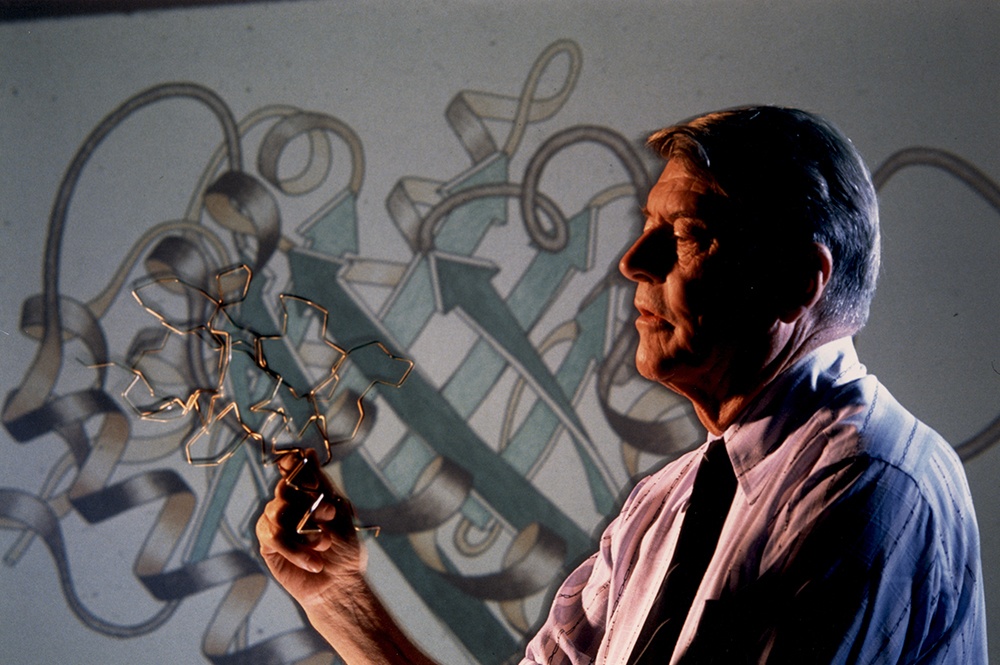 Christian Anfinsen holds an RNA structure model made from a coat hanger in front of a schematic showing how proteins fold and thereby function. Richard T. Nowicz Photography

Staphylococcal nuclease was the focus of extensive experimental work in Christian Anfinsen’s Laboratory of Chemical Biology from 1963 to 1975. During this period, it was one of the best understood proteins and was the basis for the formulation of a number of new approaches and concepts in the area of protein structure and function.

Only ten years after publishing The Molecular Basis of Evolution, Anfinsen was able to use protein chemistry to investigate what happens when a gene mutates and causes a protein to change. Anfinsen stated in a 1970 interview in the Jerusalem Post that “[W]e are engaged in what you may call molecular engineering. We look at the structure of an enzyme, for instance, and if we see a loop in the chain that doesn't seem to be doing anything, we see what happens if we chop it off. Some people seem to think that the most important discoveries have already been made in molecular biology, that the double helix wrapped it up, but I think that [protein folding] just opened up an enormous field for us.”

Learn More about this molecule on the Staphylococcal Nuclease Model Artifacts page. 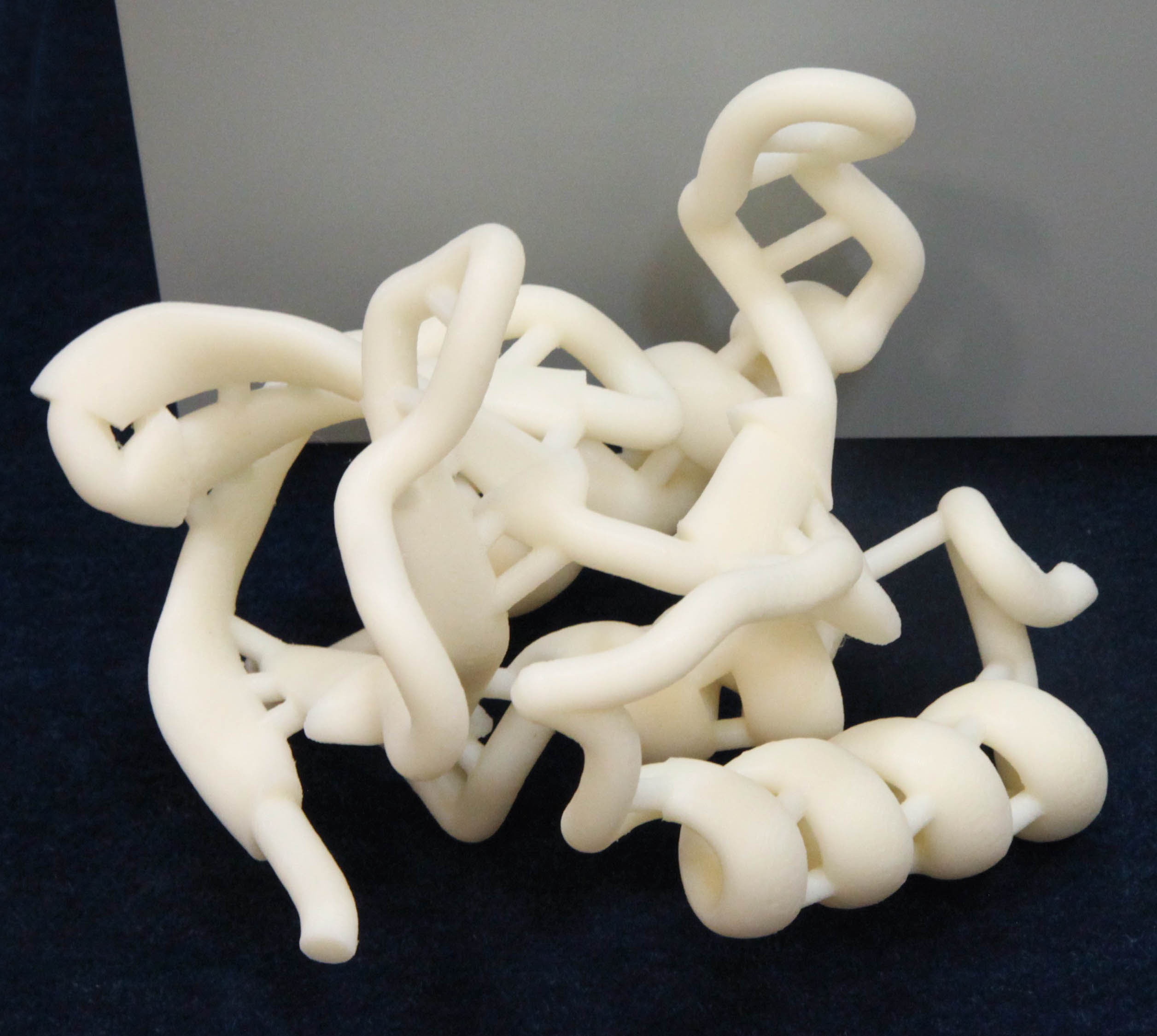