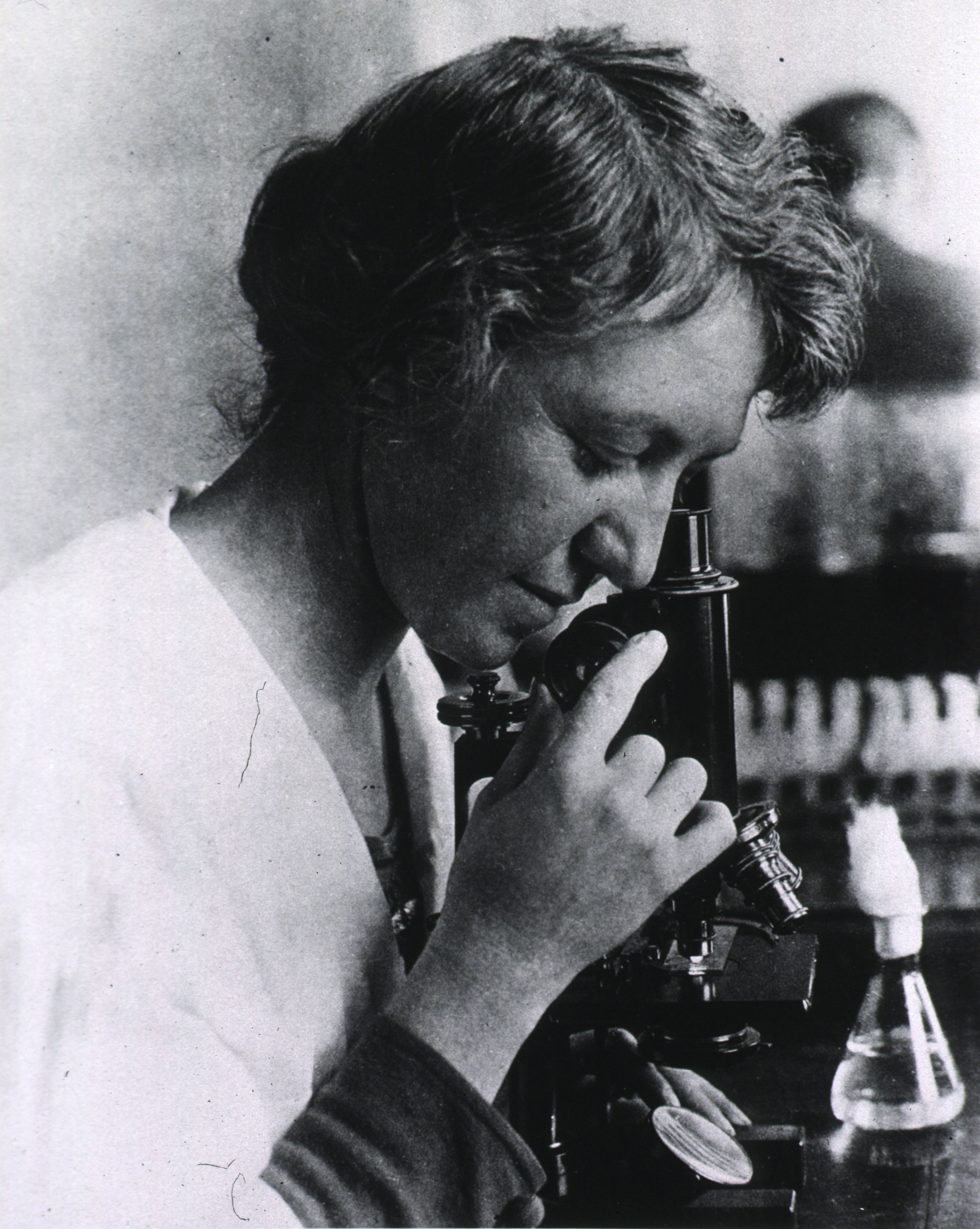 Ida Bengtson (1881–1952) was the first female Ph.D. to be employed as a scientist at the Public Health Service’s Hygienic Laboratory, starting in 1916 at a salary of $1,800 per year. Bengtson’s parents were Swedish immigrants to Harvard, Nebraska.  She majored in mathematics and languages at the University of Nebraska, graduating in 1903.  Finding that being a cataloguer at the U.S. Geological Survey library was not so interesting, Bengtson heeded the advice of a friend and went back to school for a MS and Ph.D. in bacteriology—the cutting edge of science at the time—from the University of Chicago.  Hired by Hygienic Laboratory director Dr. George McCoy, Bengtson discovered in 1917 that an outbreak of tetanus was linked to contaminated vaccine scarifiers.  Bengtson had many triumphs in her career: proving that an infantile paralysis was caused by a new variety of botulism, Clostridium botulinum (type C), aiding the development of the typhus vaccine; and developing the complement fixation test still in use for the detection and differentiation of rickettsial diseases such as endemic and epidemic typhus, Rocky Mountain spotted fever, and Q fever.  In her research, she came down with typhus herself.  She was internationally recognized for her pioneering work.  The thousands of women scientists at NIH owe Ida Bengtson a debt of gratitude because if Bengtson had not proved so adept, one questions if McCoy would have continued to hire women scientists.  Read her paper on the complement fixation test. 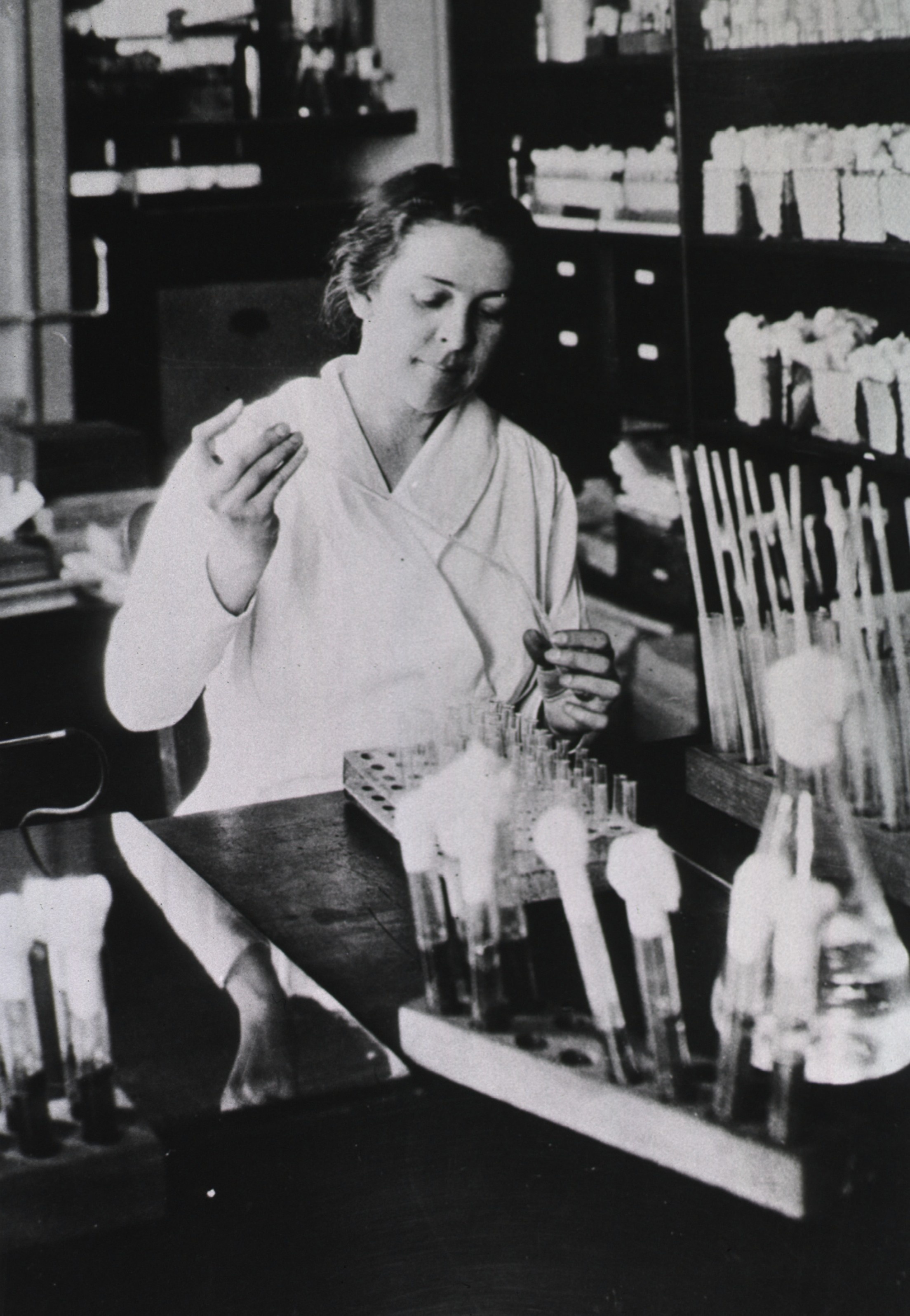 Alice Catherine Evans (1881–1975) was born in Neath, Pennsylvania.  Since she could not afford college, Evans, like many other early women scientists, began her career as a teacher (during that time one could become a teacher after high school as Evans did).  But in 1909, she received her BS in bacteriology from Cornell University and in 1910, her MS from the University of Wisconsin.  She never did earn her Ph.D., which caused a delay in the acceptance of her research findings on brucellosis and milk—male scientists and milk manufacturers found it hard to believe a woman without a degree. Evans began her federal civil service career in 1910 with the USDA in Wisconsin. In 1913, she moved east to Washington, D.C., to work in the newly completed laboratories of the United States Department of Agriculture (USDA) Dairy Division. During her time in the division, her research in a particular species of bacteria played a pivotal role in the recognition of brucellosis as a significant public health problem and in the acceptance of the need to pasteurize milk. In 1918, wanting to aid in the war effort, Evans inquired of the Hygienic Laboratory whether her services might be of use in connection with the war effort. She learned that a position in bacteriology was open in the Laboratory, and Evans was accepted for the job. She joined a team working to improve the serum treatment for epidemic meningitis. Evans retired in 1945 from the National Institute (later Institutes) of Health. Never one to back down on her beliefs, Evans protested in 1966, at the age of 85, that the disclaimer of communist affiliation on the Medicare application violated her right of free speech. In January of 1967, the Department of Justice conceded that this provision was unconstitutional, and it was never enforced. She died in Virginia at the age of 94. In 1963, she wrote her Memoirs. 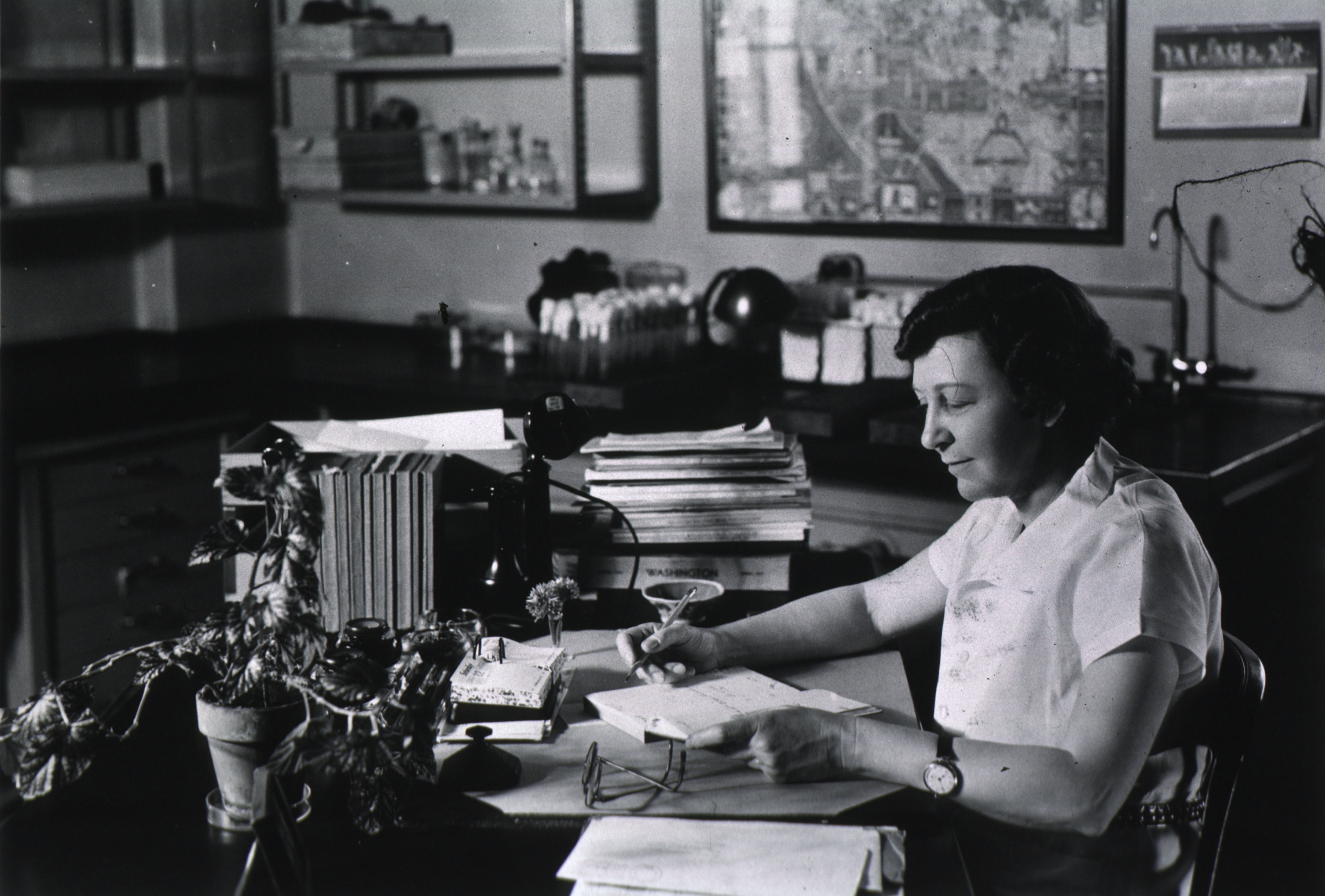 Sara Branham Matthews (1888–1962). Sara Branham’s mother and grandmother had graduated from Wesleyan College in Macon, Georgia just as she did in 1907.  After teaching science in girls’ schools, Branham headed west to the University of Colorado and then for a Ph.D. and M.D. at the University of Chicago, where she taught some of the up-and-coming women scientists who would later work with her at the NIH. She is credited with the discovery and isolation of the virus that causes spinal meningitis, as reflected in an article about her titled “Georgia-Born Woman Doctor Uncovers Cure for the Dread Germ of Meningitis” in the Atlanta Constitution on March 6, 1939, which stated “She killed millions of killers!” 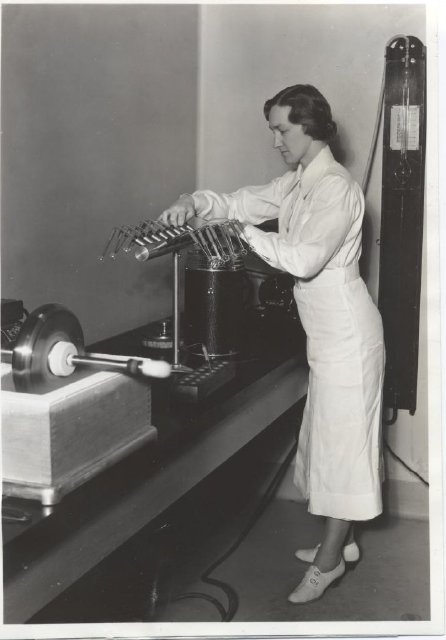 Margaret Pittman (1901–1995) came by medicine early, helping her country doctor father in his rural Arkansas practice.  She then attended the University of Chicago with money she had saved from teaching and received her Ph.D. in 1928.. She came to NIH in 1936, by way of the Rockefeller Institute and the New York State Department of Health, working with Dr. Sara Branham, who had taught her at the University of Chicago.  She is recognized for her work on an improved and standardized pertussis (whooping cough) vaccine. At the Rockefeller Institute of Medical Research, Pittman developed studies on strains of H. influenzae isolated from infected patients. In 1936, Pittman arrived at the National Institute of Health where her career path led her to become the first woman to hold the position of laboratory chief, heading the Laboratory of Bacterial Products, Division of Biologics and Standards, from 1957 to 1971. Pittman isolated the influenza strain responsible for most childhood meningitis, helped identify the cause of epidemic conjunctivitis, and made key observations that led to the development of a Salmonella vaccine. In 1970 Margaret Pittman was recognized with the Federal Women's Award, and she served as president of the Society of American Bacteriologists and of the Washington Academy of Sciences. Although Pittman “retired” in 1971, she kept working at NIH as a guest until 1993.  The Margaret Pittman Lectureship, created in 1994, honors Pittman for her exceptional research achievements at the National Institutes of Health. Find out more about her in this oral history.