Pellagra no longer stalks the nation as it once did. But during the early part of the 20th-century, pellagra, a disease that results from a diet deficient in niacin, killed many poor Southerners. Dr. Joseph Goldberger, a physician in the U.S. government's Hygienic Laboratory, the predecessor of the National Institutes of Health, discovered the cause of pellagra and stepped on a number of medical toes when his research experiments showed that diet and not germs (the currently held medical theory) caused the disease. He also stepped on Southern pride when he linked the poverty of Southern sharecroppers, tenant farmers, and mill workers to the deficient diet that caused pellagra. 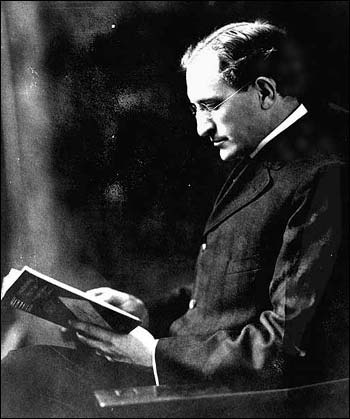 Dr. Joseph Goldberger discovered the cause of pellagra, a disease resulting from a diet deficient in vitamin B. Pellagra killed many poor Southerners in the early part of the 20th century.

Eighty years ago, long before Dr. C. Everett Koop and a new generation of public health professionals suffered social criticism in their public health pronouncements on AIDS, Dr. Joseph Goldberger, Surgeon in the United States Public Health Service, was doing much the same thing. Even as Koop has been critical of personal behavior and social policies that could put populations at risk of acquiring the AIDS virus, Goldberger warned Americans about the crucial link between poor nutrition as the result of poverty and the onset of a scourge known as pellagra.

Pellagra was first identified among Spanish peasants by Don Gaspar Casal in 1735. A loathsome skin disease, it was called mal de la rosa and often mistaken for leprosy. Although it was not conclusively identified in the United States until 1907, there are reports of illness that could be pellagra as far back as the 1820s. In the United States, pellagra has often been called the disease of the four D's -- dermatitis, diarrhea, dementia, and death. National data is sketchy, but by 1912, the state of South Carolina alone reported 30,000 cases and a mortality rate of 40 percent. While hardly confined to Southern states, the disease seemed especially rampant there. Between 1907 and 1940, aprroximately three million Americans contracted pellagra and 100,000 of them died. A worried Congress asked the Surgeon General to investigate the disease. In 1914, Joseph Goldberger was asked to head that investigation. 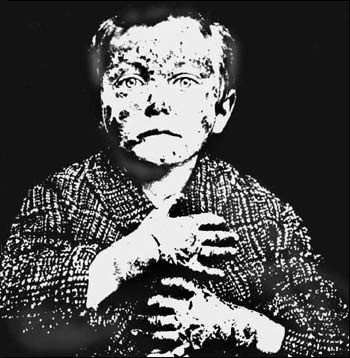 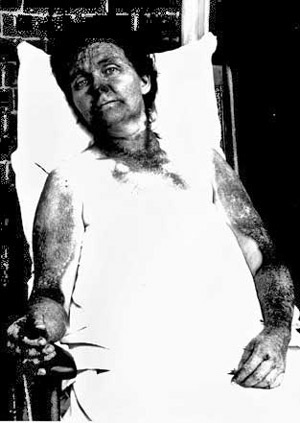 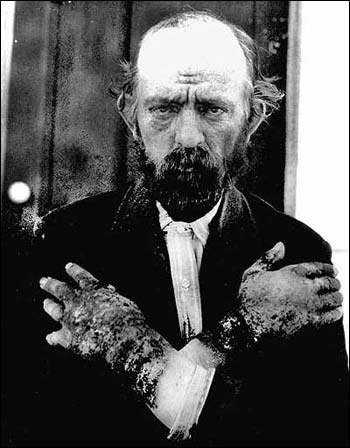 The Early Years: An Immigrant Youth

Joseph Goldberger was born on July 16, 1874 in Giralt, Hungary, then a part of the Austro-Hungarian Empire. His parents were sheep herders, whose flock was decimated by sickness. The Goldbergers withtheir six children, including Joseph, the youngest, emigrated to the United States in 1883. Here the Goldbergers ran a small grocery store on Pitt Street on New York City's Lower East Side and had three more children.

A product of New York's public schools, Joseph Goldberger entered The City College of New York with hopes of a career in engineering. However, in 1892 Goldberger heard a lecture at Bellevue by physiologist Dr. Austin Flint, Jr. that changed his plans. Perhaps entranced by the intricacies of the human body's structure, Goldberger transferred to medical school and earned an M.D. from Bellevue in 1895. 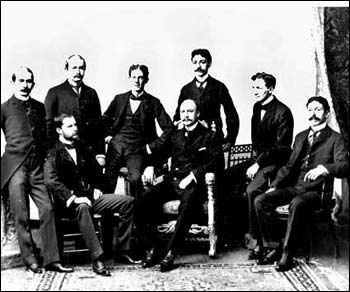 In 1892 Goldberger heard a lecture at Bellevue by physiologist Dr. Austin Flint, Jr. that changed his plans. Goldberger transferred to medical school and earned an M.D. from Bellevue in 1895. Photos: Dr. Joseph Goldberger and Bellevue Hospital Staff, reproduced with permission of the Southern Historical Collection, Library of the University of North Carolina at Chapel Hill.

Bored and intellectually restless in private practice in Wilkes-Barre, Pennsylvania, the young, shy physician joined the United States Marine Hospital Service, (later the U.S. Public Health Service or PHS) in 1899 at the beginning rank of Assistant Surgeon earning an annual salary of $1,600. Ironically, the immigrant from central Europe began his public health service career inspecting immigrants in the port of New York. However, it was not long before his epidemiological skills earned Goldberger the reputation of a tenacious and clever epidemic fighter. 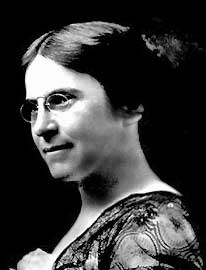 Between 1902 and 1906, Goldberger heroically battled epidemic diseases. He fought yellow fever in Mexico, Puerto Rico, Mississippi, and Louisiana, contracting the disease himself His efforts earned him a promotion to the rank of Passed Assistant Surgeon in 1904 and later, an introduction to Mary Farrar, grandniece of Confederate President Jefferson Davis. In 1906, the immigrant Jewish physician from New York's Lower East Side married the daughter of a wealthy and socially prominent Episcopalian attorney from New Orleans over the religious objections of both families.

The young couple from different traditions found common ground in their belief in science, especially medical science as the instrument of improving mankind's lot through relieving suffering. Now assigned to the Hygienic Laboratory in Washington, Joseph Goldberger studied typhoid fever. He was soon sent to Texas after an outbreak of dengue fever. Once again, Goldberger contracted what he studied. The same thing happened a third time when he battled typhus in Mexico.

Goldberger made several important epidemiological discoveries during this period of his career. In 1909, he published his research on Shamberg's disease, an ailment characterized by continuous itching and elaborate skin eruptions similar to those of smallpox. An acarine mite, which infested wheat and secluded itself in the straw mattresses common among poor city-dwellers, proved to be the culprit.

Goldberger also collaborated with Dr. John F. Anderson to show that "Brill's Disease" was identical to typhus. He and Anderson also made major breakthroughs in understanding the transmission of typhus and measles. Goldberger was fighting an outbreak of diphtheria in Detroit in 1914 when the surgeon general asked him to turn his attention towards the study of pellagra. 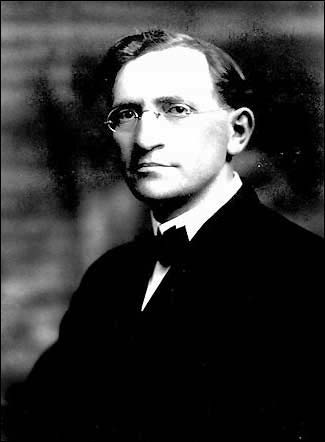 Dr. Joseph Goldberger was a product of New York's public school. He entered The City College of New York with hopes of a career in engineering. However, in 1892 Goldberger attended a lecture at Bellevue by physiologist Dr. Austin Flint, Jr. that changed his plans. Perhaps intrigued by the intricacies of the human body's structure, Goldberger transferred to medical school and earned an M.D. from Bellevue in 1895.

Goldberger and the "Pellagra Germ"

Joseph Goldberger's theory on pellagra contradicted commonly-held medical opinions. The work of Italian investigators as well as Goldberger's own observations in mental hospitals, orphanages, and cotton mill towns, convinced him that germs did not cause the disease. In such institutions, inmates contracted the disease, but staff never did. Goldberger knew from his years of experience working on infectious diseases that germs did not distinguish between inmates and employees. Lombroso had speculated that spoiled maize caused pellagra.

Goldberger found no evidence for that hypothesis, but diet certainly seemed the crucial factor. Shipments of food which Goldberger had requested from Washington were provided to children in two Mississippi orphanages and to inmates at the Georgia State Asylum. Results were dramatic; those fed a diet of fresh meat, milk and vegetables instead of a com-based diet recovered from pellagra. Those without the disease who ate the new diet did not contract pellagra.

Critics, many unable to part from the germ theory of pellagra, raised doubts. Goldberger hoped to squelch those reservations by demonstrating the existence of a particular substance that when removed from the diet of healthy individuals resulted in pellagra. With the cooperation of Mississippi's progressive governor, Earl Brewer, Goldberger experimented on eleven healthy volunteer prisoners at the Rankin State Prison Farm in 1915. Offered pardons in return for their participation, the volunteers ate a corn-based diet. Six of the eleven showed pellagra rashes after five months.

Expert dermatologists made the actual diagnosis of pellagra to avoid the appearance of a conflict of interest on Goldberger's part. Although many scientific colleagues sang Goldberger's praises, even mentioning a Nobel nomination, others still doubted. In the pages of the Journal of the American Medical Association, critic W.J. MacNeal challenged the results. One Birmingham physician referred to the experiment as "half-baked." Still others thought the whole experiment a fraud.

Angry and frustrated, Goldberger would not give up trying to persuade his critics that pellagra was a dietary disorder, not an infectious disease. He hoped that one final dramatic experiment would convince his critics. On April 26, 1916 he injected five cubic centimeters of a pellagrin's blood into the arm of his assistant, Dr. George Wheeler. Wheeler shot six centimeters of such blood into Goldberger. Then they swabbed out the secretions of a pellagrin's nose and throat and rubbed them into their own noses and throats. They swallowed capsules containing scabs of pellagrins' rashes. Others joined what Goldberger called his "filth parties," including Mary Goldberger. None of the volunteers got pellagra. Despite Goldberger's heroic efforts, a few physicians remained staunch opponents of the dietary theory of pellagra. 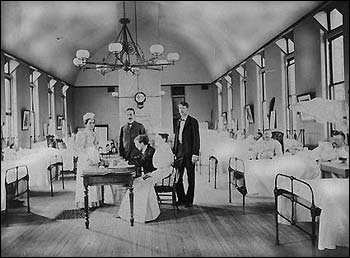 Ashes on the Potomac

Dr. Joseph Goldberger never discovered precisely what was missing from the diets of pellagrins. The year following the Great Flood, Dr. Joseph Goldberger fell gravely ill of hypernephroma, a rare form of cancer. He died on January 17, 1929. His ashes were sprinkled over the Potomac River as a rabbi chanted Kaddish.

During the next decade, Conrad A.Elevjhem learned that a deficiency of nicotinic acid, better known as B vitamin niacin, resulted in canine black tongue disease. In studies conducted in Alabama and Cincinnati, Dr. Tom Spies found that nicotinic acid cured human pellagrins as well. Tulane University scientists discovered that the amino acid tryptophan was a precursor to niacin. When tryptophan was added to commercial foods such as bread to "fortify" them, it prevented the scourge of the South. Today, pellagra has been all but banished, except for infrequent occurrences during times of famine and displacement.

Heroes are few in science as in every field. However, the selfless devotion of Dr. Joseph Goldberger to relieving the suffering of those whose plague was born of poverty might well qualify him for the garland. His portrait hangs in the Director's Building at the National Institutes of Health as an inspiration to young investigators and a reminder that medical science is not isolated from the social dimensions of the human condition. 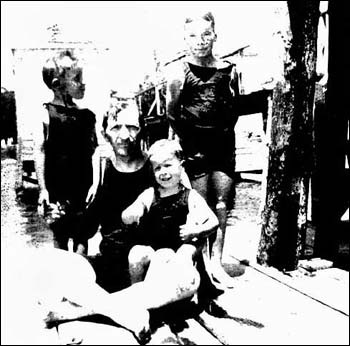 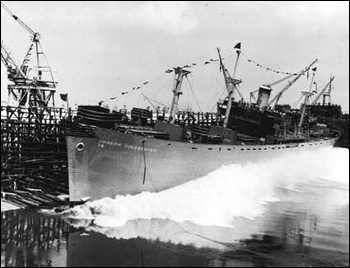 During World War II, the Merchant Marine named ships after notable Americans. One ship was named after Dr. Joseph Goldberger.

Display Case in Building One 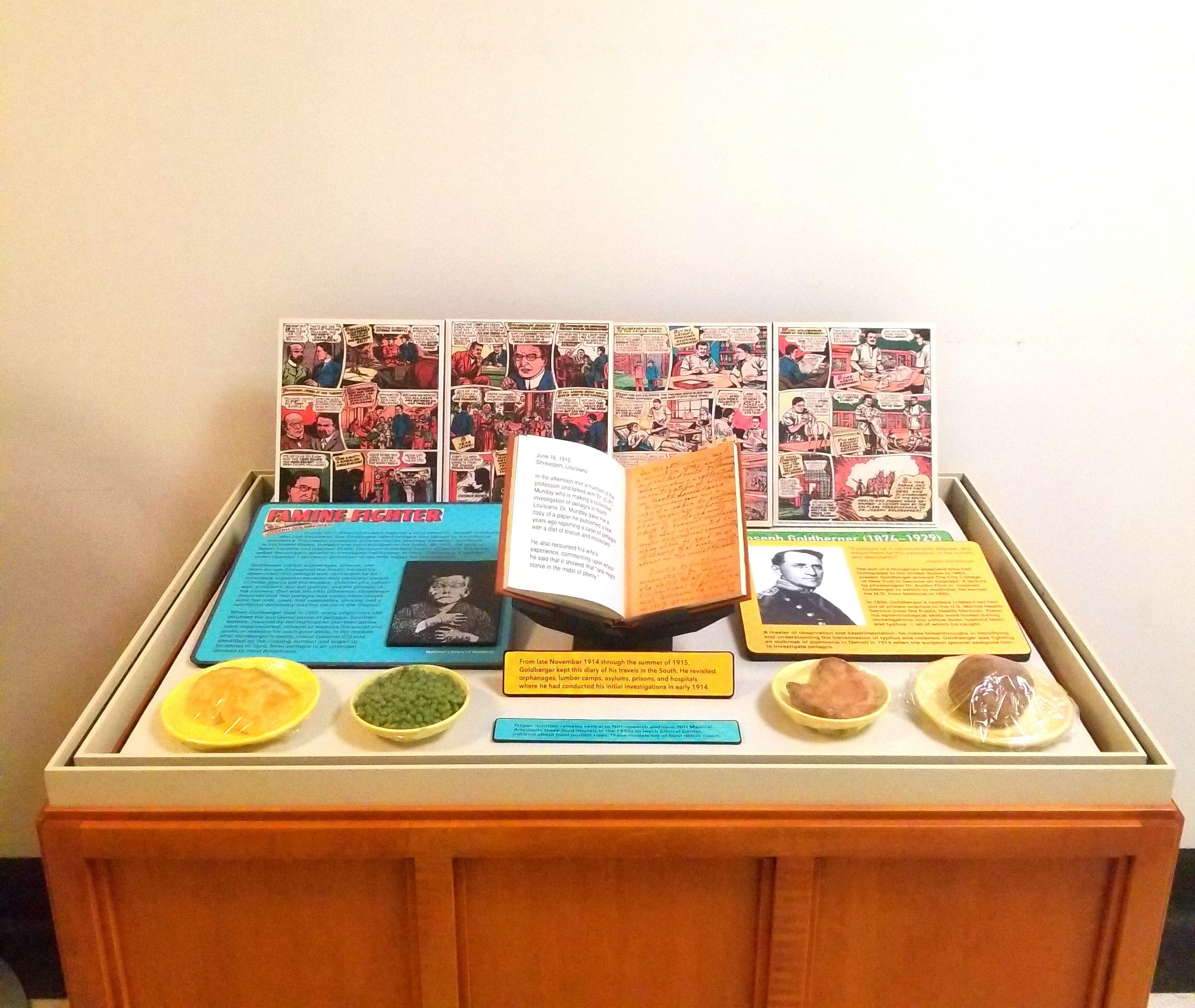 A comic book about about Joseph Goldberger’s work in pellagra in the early 20th century is available at the Building 1, 3rd floor display case.