Robert Gallo, M.D., co-discovered HIV, proved that it causes AIDS, and pioneered the development of the HIV blood test for identifying infected individuals and protecting the blood supply. He has the rare honor of receiving the Lasker Award twice, first in 1982 "for his pioneering studies that led to the discovery of the first human RNA tumor virus [the old name for retroviruses] and its association with certain leukemias and lymphomas" and then again in 1986 "for determining that the retrovirus now known as HIV-1 is the cause of Acquired Immune Deficiency Syndrome (AIDS)." According to the Institue for Scientific information, he was the most cited scientist in the world from 1980–1990 and he was ranked third in the world for scientific impact for the period 1983–2002. Dr. Gallo won the Canada Gairdner Award in 1987 and was elected to the National Academy of Sciences in 1988. After a long career at the NIH National Cancer Institute, Dr. Gallo became the founding director of the Institute of Human Virology (IHV) at the University of Maryland School of Medicine in Baltimore in 1996. 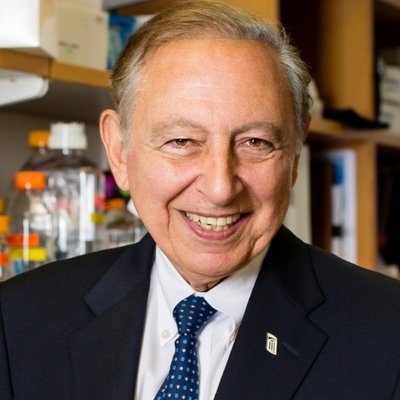