Edward V. Evarts, M.D., investigated the nature of brain activity associated with sleep and the relationship of dreams to hallucinations, including how drugs like LSD alter brain visual systems. In his sleep studies, he developed the use of microelectrodes to detect the activity of single neurons in a research animal's brain, a technique now used in research centers throughout the world. He also was an authority on how the brain controls such interrelated behaviors as movement, mood, and memory. Dr. Evarts was elected to the National Academy of Sciences in 1976. 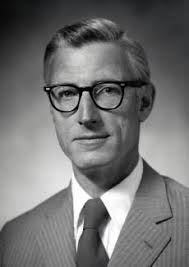