Robert Chanock, M.D., was a renowned virologist and chief of the NIH Laboratory of Infectious Diseases. Best known for his discoveries of disease-causing viruses, most notably human respiratory syncytial virus (RSV), the most common cause of serious lower respiratory tract disease in infants and children worldwide, and the four parainfluenza viruses, which include the most common cause of severe croup in infants. Dr. Chanock isolated new strains of rhinovirus and coronavirus (causes of the common cold) and helped to develop an FDA-approved vaccine for the respiratory pathogen adenovirus that proved 100-percent effective in preventing disease among U.S. military recruits. He also proved that the disease known as walking pneumonia was caused not by a virus, but by a bacterium that could be treated with an antibiotic. Dr. Chanock was elected to the National Academy of Sciences in 1973. 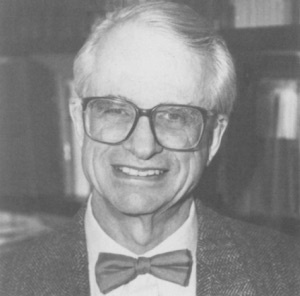