Bernard Brodie, Ph.D., was an internationally renowned pharmacologist whose groundbreaking work at Goldwater and NIH — including his involvement in the development of Tylenol — earned him many honors. He joined Goldwater Memorial Hospital to work with Dr. James Shannon's antimalarial group during World War II. His important publications in the 1940s helped lay the groundwork for the future study of drug metabolism. As head of the Laboratory for Clinical Pharmacology at NIH after the war, Dr. Brodie worked with and trained a group of scientists who would become the leaders in the science of drug metabolism. Their work was accompanied by increased research into instrumentation and technology, including the spectrophotofluorometer. Dr. Brodie won the Lasker Award, often considered the American Nobel Prize, in 1967. The award cited his "extraordinary contributions to biochemical pharmacology." He was elected to the National Academy of Science in 1966 and received the National Medal of Science in 1968. 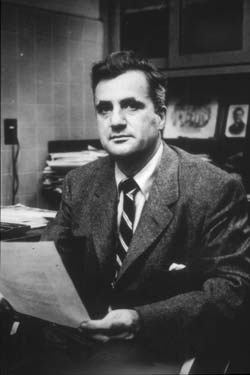