Tip of the Iceberg

In the early 1980s, the era of infectious diseases was over, many people believed. Hadn’t modern medicine conquered scourges such as tuberculosis and polio with antibiotics and vaccines? Legionnaire’s disease and toxic shock syndrome caused brief scares in the 1970s, but they were quickly brought under control. Ironically, just as the awareness of AIDS was dawning, Dr. Richard Krause, then director of the National Institute of Allergy and Infectious Diseases, challenged the fallacy of this thinking in his book titled The Restless Tide: The Persistent Challenge of the Microbial World. By the summer of 1982, scientists had convincing evidence that AIDS must be caused by a blood-borne and sexually transmitted virus. That meant it affected people’s most private experiences. By the fall of 1984, not only had a retrovirus been identified as the cause of AIDS, it also had been shown to have properties that would make it very difficult, if not impossible, to make a conventional vaccine against AIDS. As reports of AIDS also arrived from other parts of the world–Africa, Haiti, Europe, and Asia–Dr. Thomas C. Quinn of NIAID and others visited these areas and began conducting research. They returned to the United States sounding warning bells of what the epidemic could become. Meanwhile, physicians were learning that the period between infection and the onset of AIDS symptoms could be 10 years or more. The accumulating evidence was sobering: all of it pointed to the formation of a gigantic iceberg of global disease, only the tip of which was then visible.

Over 600 patients have now been reported as having this disease, and the disease is called an epidemic because it's occurring at a slightly increased frequency in recent weeks.

I remember…doing a rough mental calculation of the number of gays in the country and the percentage who were likely to be HIV-infected, and estimating that there were half a million to a million people infected with this lethal virus who did not know it.

I felt this was not just a gay disease, and I doubted that this was dirty needles. But the only way we were ever going to find out was to go to Africa or go back to Haiti and set up good prospective long-term epidemiologic studies.

So my paper about heterosexual spread in STD clinics in the United States…came out about the same time [1988] that Cosmopolitan came out with their front cover saying, “Women, you do not need to worry. You can’t get AIDS.

Here we are with AIDS and people still have not had the foresight to understand that this can happen again. We are not even half over with this yet. 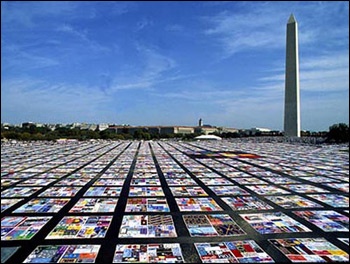 The NAMES Project AIDS quilt, representing people who have died of AIDS, in front of the Washington Monument 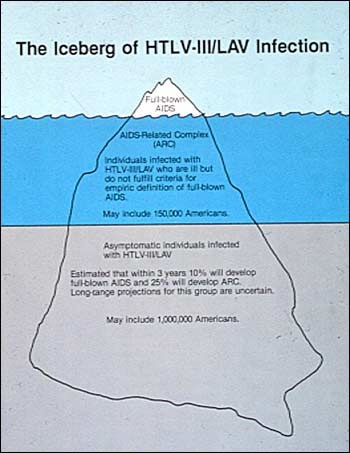 Because AIDS symptoms can take 10 years to develop, only a small fraction of the epidemic was visible in 1985 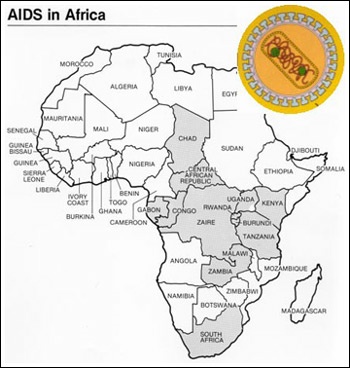 As the epidemic expanded, a map showed the first African countries affected by HIV/AIDS 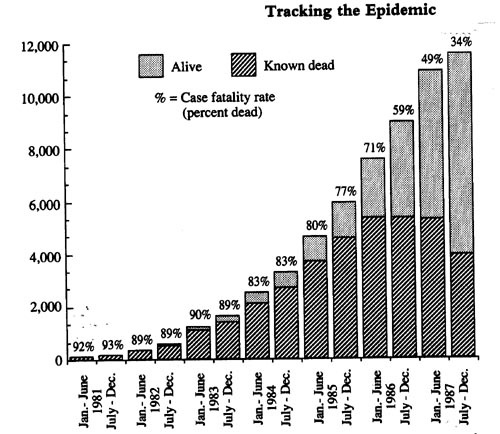 Graph shows steady climb in AIDS cases between 1981 and 1987. In late 1985, the death rate began to slow but remained high