Earl Reece Stadtman was born in 1919, the fourth of six children. Earl's father was a life insurance salesman in Carrizozo, a small town in New Mexico. He had settled there after coming from Kansas as an engineer for a geological survey project.

When Earl was ten, the family moved to San Bernardino, California. During his high school years, Earl became interested in debating and represented his school as leader of the debating team. "Earl—You will someday, no doubt, be a great orator and statesman," wrote one of his classmates. Indeed, Earl learned the virtues of logical analysis, efficient communication, and leadership, all of which he employed during his career as a scientist. 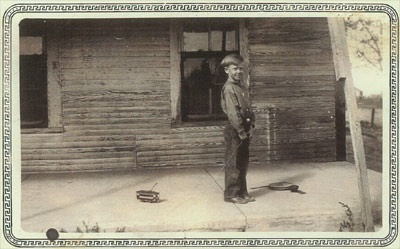 Earl at the age of three 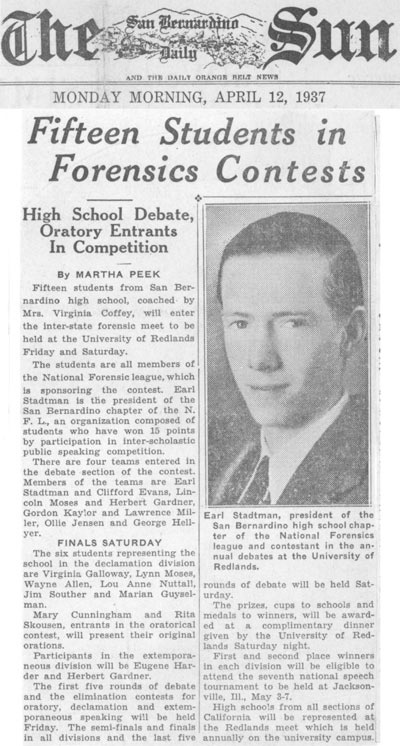 Earl's interest in science came from rather practical considerations. In 1937 Earl took several courses in science at San Bernardino Valley College with the hope of setting up a soil-testing laboratory, a business that looked promising to him. However, realizing that he needed a more rigorous education, Earl enrolled in the University of California, Berkeley, in 1940. His brother and sister lent him the money for registration, and he supported himself by washing dishes in a boarding house and glassware in a laboratory. He also received some assistance from the government through the National Youth Administration program. In 1942, Earl earned his B.S. in soil science.

Video: Earl Stadtman on how he became a biochemist