In September 1950, Thressa and Earl arrived at the main campus of NIH in Bethesda, Maryland, a suburb of Washington, D.C. At that time, NIH was rapidly becoming the premier research institute for biomedical science in the United States. On the one hand, its postwar transformation was well underway with the addition of new institutes and the expansion of the grants program. On the other, there was a serious effort to reorient NIH's focus from infectious to chronic diseases, from applied to basic research, and from short-term problem solving to long-range research planning. To be sure, NIH had not been, and would not become, an institution that could support and conduct scientific research for its own sake. The primary mission was always practical, i.e., to find ways to prevent, treat, and cure human diseases. Yet the NIH leadership in the 1950s was convinced that this goal would best be achieved by the production of scientific knowledge. 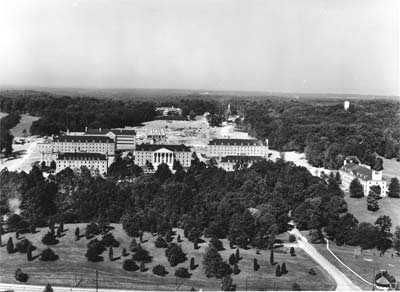 The Bethesda campus of the National Institutes of Health, ca. 1950

The transformation and reorientation of NIH were beneficial to Thressa and Earl and to other scientists devoted to basic research. Thressa continued to work on the bacterial degradation of cholesterol, the project she had started with Christian Anfinsen at Harvard. Earl had a formal association with Anfinsen's laboratory but worked independently in pursuing his research on fatty acid metabolism. They both participated in a journal club at which they could discuss new ideas and discoveries in biochemistry with scientists from other research groups in the National Heart Institute and beyond.

Thressa and Earl began their laboratory work in Building 3, where NHI's intramural laboratories were originally set up. At that time, this building still had facilities for animal breeding on the third and the attic floors, and its first floor had been occupied by scientists from another institute. In retrospect, it was a remarkable group of scientists that worked under the same roof. Out of this group came three Nobel laureates (Arthur Kornberg, Julius Axelrod, and Christian Anfinsen); three NIH Directors (James Shannon, Donald Fredrickson, and James Wyngaarden); and dozens of members of the National Academy of Sciences including Thressa and Earl. These people became a crucial seed for the growth of a thriving community of biochemists at NIH. 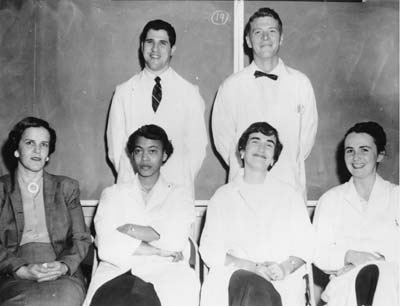 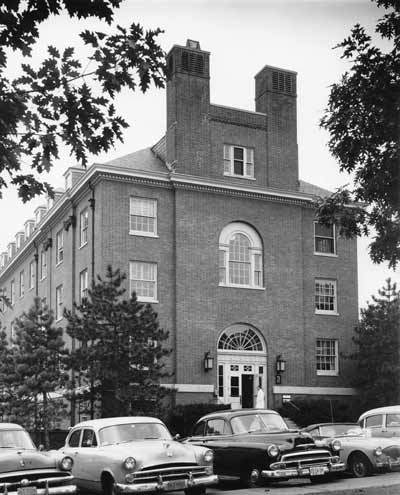