The Heritage of the "Delft School" of Microbiology

Studying under the supervision of Barker at Berkeley, Thressa and Earl were both influenced by the ideas of the "Delft School" of microbiology, a group of scientists who had pioneered the use of microorganisms in biochemical investigations. This school was led by Martinus W. Beijerinck, the first professor of microbiology at the Technical School in Delft in the Netherlands in 1885, and by Albert J. Kluyver, who succeeded Beijerinck in 1921. 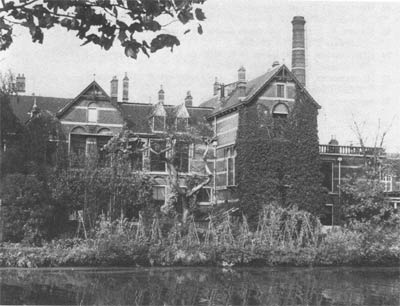 Along with the Russian scientist Sergey Winogradsky, Beijerinck developed a useful laboratory technique called the "enrichment culture method." This method allowed biochemists to isolate bacteria capable of degrading particular chemical compounds they were interested in. Later, Kluyver proposed an important conceptual tool, the principle of the "unity of metabolism" in nature, which stated the basic similarity of biochemical behavior in many different organisms. This principle has been proven correct in many instances and is particularly useful in tackling problems of the metabolism of higher organisms by the study of bacterial metabolism. For this reason, Kluyver is known as the founder of comparative biochemistry.

Barker had learned microbiology from Cornelis B. van Niel at the Hopkins Marine Station of Stanford University. Van Niel had worked as Kluyver's assistant at Delft. Barker had also spent a postdoctoral year in Kluyver's laboratory before obtaining a teaching job at Berkeley in 1936.

One species of bacteria that Barker had isolated from Delft canal mud was particularly important for Earl's research. It was Clostridium kluyveri, an organism named after Kluyver. This anaerobic bacterium catalyzed the conversion of ethyl alcohol into fatty acids. Fatty acid synthesis was Earl's area of research during his years of graduate study.

Just as Delft canal mud was a rich source of microorganisms for Earl, the odoriferous black mud of San Francisco Bay became an excellent source of microorganisms for Thressa. Thressa wrote her doctoral thesis on the morphology and biochemical properties of Methanococcus vannielii, a methane-producing bacterium she isolated from the mud. Thressa and Barker named this anaerobic bacterium in honor of van Niel. Thressa also discovered another anaerobic bacterium, Clostridium sticklandii, which she named in honor of the microbiologist L. H. Stickland. Both M. vannielii and C. sticklandii proved to be rich sources of several vitamin B12 dependent and selenium dependent enzymes, research topics that would become important in her later career.

"My daughter Alice is a student in High School. One of the prescribed courses is General Science. The section on Bacteria left her with a vague impression of a world teeming with deadly germs awaiting an opportunity to infect mankind.  It seems probable that this malignant conception of bacteria is very generally held.  In reality civilization owes much to the microbe." 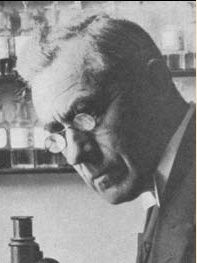 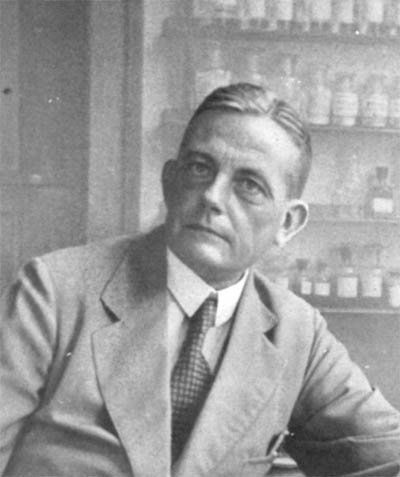 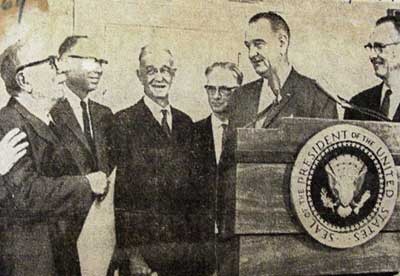 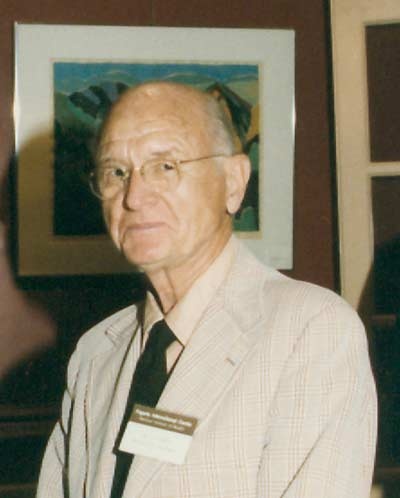 Horace A. Barker (1907-2000)
Department of Biochemistry, University of California, Berkeley 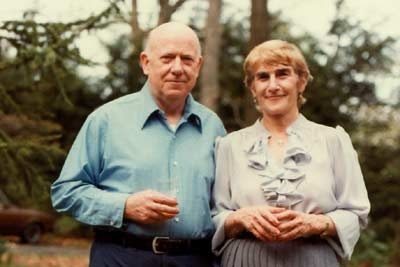