In the 1970s, just before AIDS appeared, science witnessed an upsurge in knowledge about how cells and viruses function at the molecular level. In the early 1980s, NIH researchers continued to learn more as they applied their hard-won knowledge to stopping AIDS. By 1986, they could describe the nature and shape of HIV proteins as well as key molecules on the immune system cells that HIV infects. Scientists knew the process by which HIV multiplies and infects new cells, and they had identified several vulnerable points in this process: where the virus enters a cell and three points in its reproductive cycle inside the cell. Developing drugs to combat viruses was a nascent science, but Dr. Samuel Broder and his National Cancer Institute colleagues worked with the Burroughs Wellcome company to identify a drug, AZT, that suppressed HIV replication. Later, he and others led studies on AZT’s antiretroviral cousins, ddI and ddC. Since then, other AIDS drugs have been developed based on the basic understanding of HIV and the human immune response gained over many years. Meanwhile, Dr. Henry Masur and others in the NIH Clinical Center initiated pivotal drug studies addressing the opportunistic infections associated with AIDS, while Dr. H. Clifford Lane investigated ways to boost the weakened immune response. And in August 1987, Dr. Lane and his colleagues in the National Institute of Allergy and Infectious Diseases launched the first human trial of an AIDS vaccine. All this activity took place in a media “fishbowl.” NIAID Director Dr. Anthony S. Fauci’s response to the pressure of activists demanding early access to promising AIDS treatments cracked the “ivory tower” mentality wide open and forever changed the way the search for treatments at NIH is conducted.

It does not mean that if we gain every bit of understanding…of AIDS that we are going to get a cure. However, it is obvious that the more we understand, the greater the probability that we can climb the Himalaya mountains.

…it was the immunologic changes that impressed us–they were relatively small, but they were always in the right direction…. We have used the analogy of seeing a ship in the fog. You see these patterns and you are never sure whether there is really a ship coming or just eddies in the fog.

It is a nice reward, after the hard work of gathering the data and getting it organized, that ultimately, there are millions of people getting this drug that would not ordinarily have done so because we have done a good job.

AIDS changed the way we do business at NIH in that, when appropriate, the constituencies play a major role in some of the policy and decision-making processes. 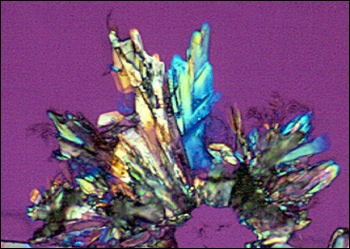 A crystal of the anti-AIDS drug zidovudine (AZT), viewed under polarized light 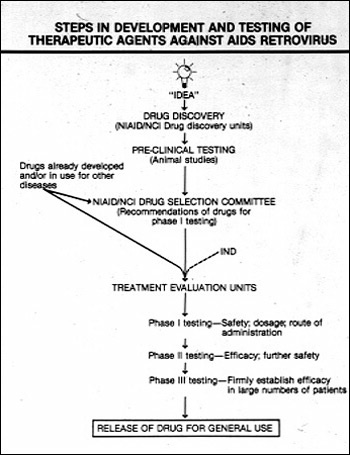 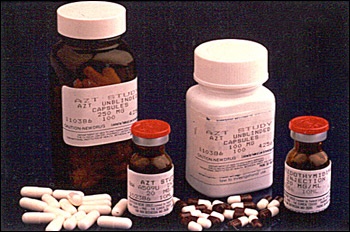 Zidovudine, better known as AZT, was the first antiviral shown to be effective against AIDS 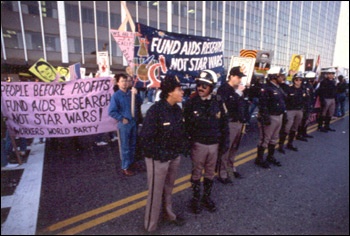