The Nobel Prize and Hormones: A Knowledge Revolution

Before 1970, we knew little about how hormones work. Since then, a revolution has taken place. As evidence of this, more than one quarter of all Nobel Prizes for Physiology and Medicine, from 1970 to 1998, have been awarded to scientists whose work revealed some aspect of hormone action at the molecular level. Progress in this area has been fueled by extensive support from the National Institutes of Health (NIH). Martin Rodbell is just one of these Nobel laureates. A sampling of the others is below. Also listed are the Institutes of the NIH that provided support for at least a portion of each investigator's work.

Dr. Bernardo Alberto Houssay (1887-1971) won the 1947 Nobel Prize in Medicine for his work on the role hormones from the pituitary gland in the brain have in metabolizing sugars. This discovery helped scientists to understand the mechanisms that cause diabetes. At the age of 14, Houssay entered the School of Pharmacy at the University of Buenos Aires. He became a Professor of Physiology in the University's School of Veterinary Medicine after he graduated, and was Chief Physician at the Alvear Hospital as well. Later, he established and directed the Institute of Physiology at the University's Medical school, until 1943, when the government in power ousted him for his pro-democratic views. He remained in Argentina at the private Instituto de Biologia y Medicina Experimental which he set up. His research problems included hormones and their actions, circulation and respiration, and the nervous system. His work combined his insight into physiology (the study of the structures of the body) and pharmacology (the study of chemicals' interactions with the body).

More information about Houssay and his discoveries: https://www.nobelprize.org/prizes/medicine/1947/houssay/facts/ 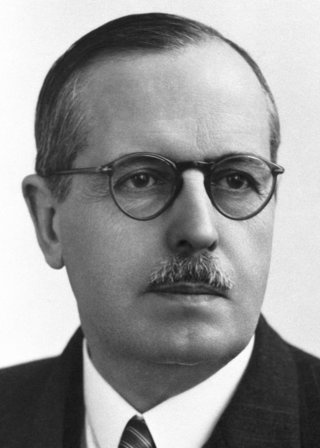 For the first description of the way hormones work at the molecular level.

Sutherland began his research studying how the hormone epinephrine signals cells to release more sugar into the blood so that an organism can respond to stress. He discovered that epinephrine works by stimulating another chemical messenger to begin the sugar-releasing process in the cell. He called this intermediary the "second messenger." For more information about the second messenger, see the section in this exhibit "Rodbell's Inspiration: Sutherland's Second Messenger."

More information about Sutherland and his discoveries: https://www.nobelprize.org/prizes/medicine/1971/sutherland/facts/ 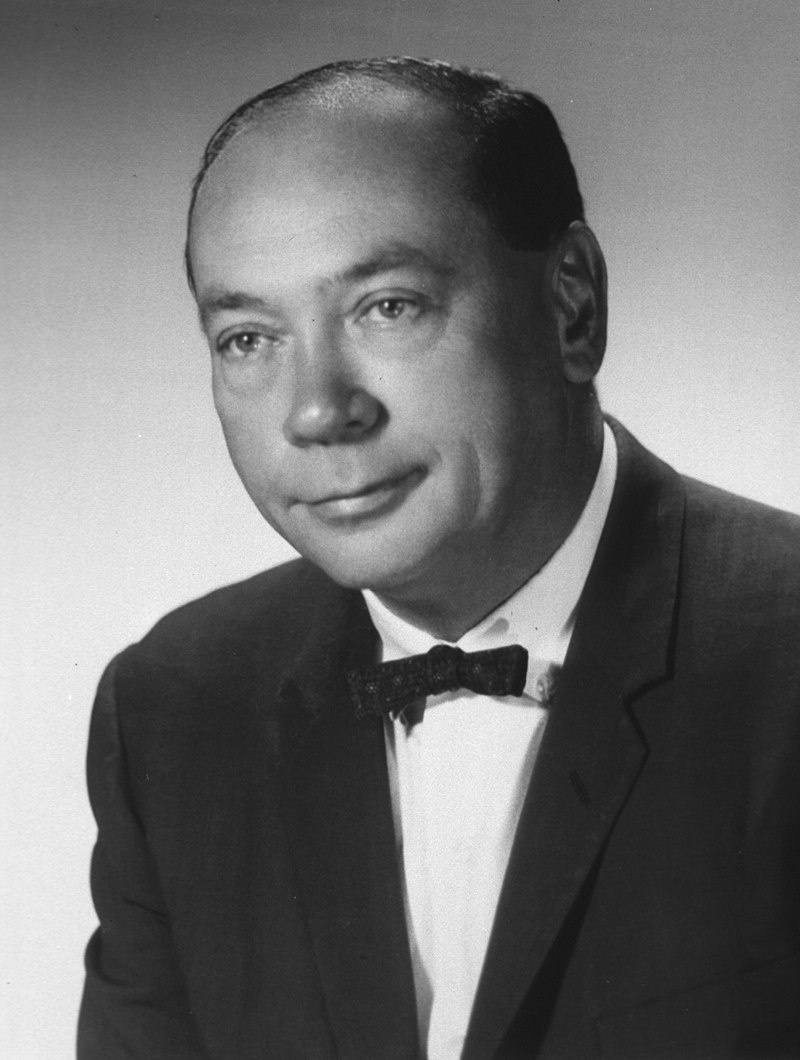 For the discovery of "releasing hormones", which mediate the release of hormones from the pituitary gland.

In their separate laboratories, Guillemin and Schally investigated how the brain controls the hormone-producing glands. During the 1950s, they were able to extract substances which direct the release of hormones from the pituitary, thyroid, and gonad glands from the part of the brain called the hypothalmus. Not until 1969, however, was either laboratory able to isolate and purify one of those substances, Thyroid Releasing Factor (TRF). TRF released Thyroid Stimulating Hormone (TSH). This discovery opened up new avenues of research into how the brain and hormones work. For more information about Guillemin and Schally's work, visit: https://www.nobelprize.org/prizes/medicine/1977/press-release/

"I always hoped that somehow I could one day work in a laboratory."

Roger C. L. Guillemin was born in France on January 11, 1924 and studied at the School of Medicine in Dijon, graduating in 1949. He moved to Canada and studied at the University of Montreal. Later he taught at Baylor University College of Medicine in Houston, Texas and became interested in how the pituitary gland was controlled. He established the Laboratories for Neuroendocrinology at the Salk Institute in San Diego. Guillemin also served on several National Institutes of Health advisory groups over the years.

More information about Guillemin and his discoveries: https://www.nobelprize.org/prizes/medicine/1977/guillemin/facts/ 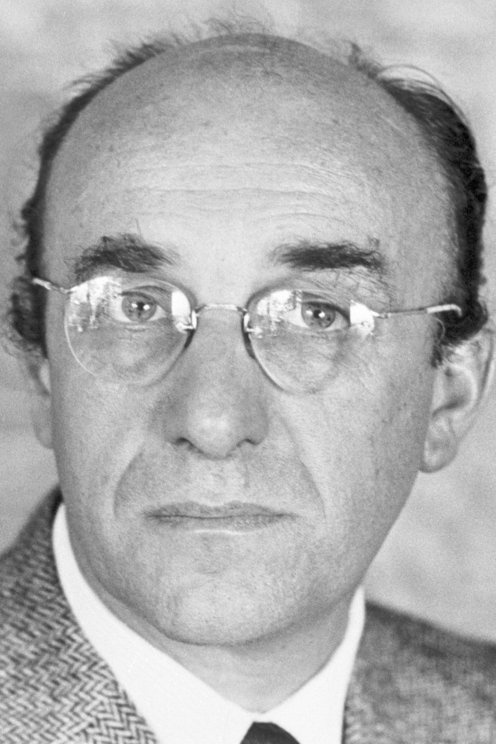 "...I was encouraged that they and other astute scientists had confidence in our work and the foresight to appreciate the possible scientific and medical importance of hypothalamic hormones."

Andrew Schally was born in Poland, November 30, 1926 and grew up in Nazi-occupied Eastern Europe. In 1945, he moved to Scotland to study chemistry, and then worked at the National Institute of Medical Research in London. In 1952, he moved to McGill University in Montreal, Canada, until 1957, when he went to Baylor University College of Medicine in Houston, Texas, where he met Roger C. L. Guillemin. He later had his own laboratory at Tulane University in New Orleans. An interest in infertility problems and population control spurred him to investigate the role of hormones in the brain. 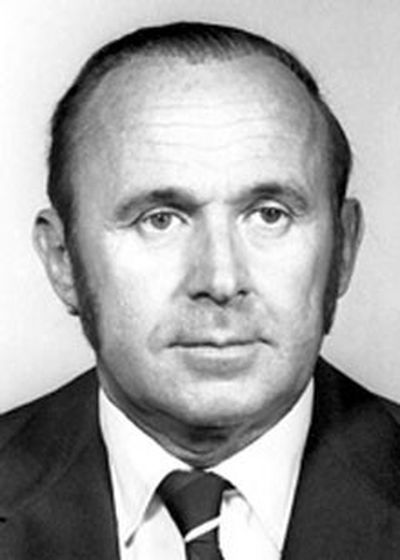 For discovery of protein kinases, which mediate the effects of hormones in cells.

Proteins are involved in most cell functions, and in most body functions such as digestion and movement. Because of proteins' important and varied functions, they are closely regulated by the body through enzymes. The enzymes fine tune the working of a protein by attaching one or more phosphate groups to it. This is called "phosphorylation." Fischer and Krebs first purified and described an enzyme which regulates proteins by removing phosphate groups from the protein-"reversible protein phosphorylation." They did this by studying how muscles get energy to contract. Reversible protein phosphorylation affects nearly all bodily processes such as blood pressure, brain signals, and immune responses to several diseases, including cancer. For information about Fischer and Krebs' work, visit: https://www.nobelprize.org/prizes/medicine/1992/press-release/

Edmond Fischer was born in Shanghai, China, April 6, 1920 to an Austrian father and French mother. He was educated in Switzerland at the School of Chemistry, and came to the University of Washington, Seattle in the early 1950s to teach biochemistry. He became interested in enzymes during his early work in Switzerland, trying to discover the molecular structure of starch and glycogen.

More information about Fischer and his discoveries: https://www.nobelprize.org/prizes/medicine/1992/fischer/facts/ 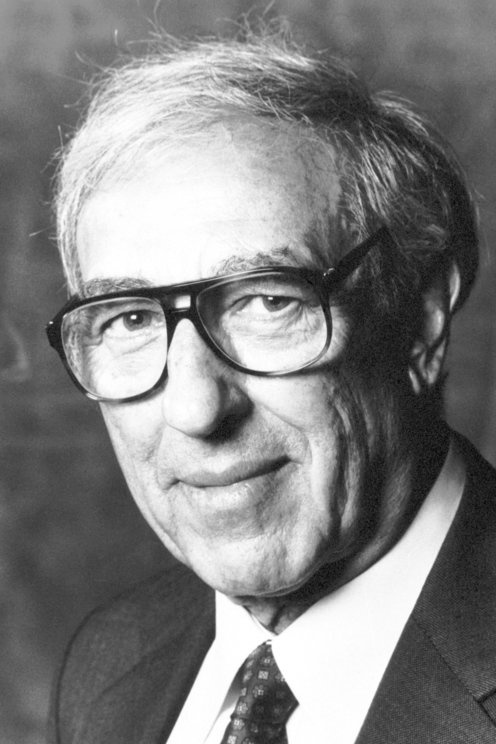 "...I became so enamored with biochemistry that I decided to remain in that field rather than returning to internal medicine."

More information about Krebs and his discoveries: https://www.nobelprize.org/prizes/medicine/1992/krebs/facts/ 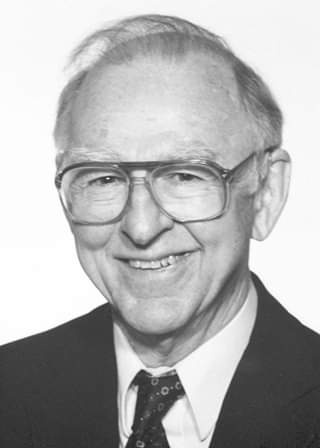 Alfred G. Gilman (1941-) attended Yale University, majoring in Biochemistry. He worked with Earl Sutherland at Case Western Reserve University, where he worked on cyclic AMP in the thyroid gland. He developed a simple assay technique for cyclic AMP while working in Marshall Nirenberg's lab at the National Institute of General Medical Sciences. He later taught at the University of Virginia, and then became chair of the Department of Pharmacology at the University of Texas, Dallas.

In 1980, Gilman and his team purified the transducer protein, called the G-protein because it reacts with GTP. He used mutated leukemia cells to show that the G-protein was necessary for signal transduction.

More information about Gilman and his discoveries: https://www.nobelprize.org/prizes/medicine/1994/gilman/facts/. 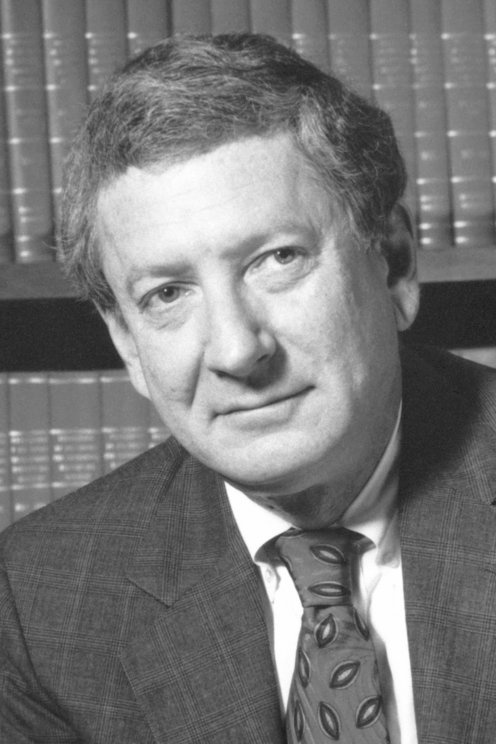 For the discovery that a gas (nitric oxide) plays a role as one of the body's signaling molecules.

Scientists build on each other's work. Furchgott, while studying the effects of drugs on blood vessels, discovered that blood vessels dilate when their surface cells (the endothelium) signal the muscle cells to relax, using a molecule he called "endothelium-derived relaxing factor" or EDRF. Murad noticed that nitroglycerin (which dilates blood vessels) releases the gas nitric oxide (NO) which relaxes the smooth muscles. Ignarro also analyzed EDRF and discovered at the same time as Furchgott that EDRF was truly NO. This was the first evidence that a gas may act as a signal molecule. NO has recently been found to be important in fighting infections, regulating blood pressure, and activating brain functions. For information about Fischer and Krebs' work, visit: https://www.nobelprize.org/prizes/medicine/1998/press-release/

"I think that my greatest pleasure has come from each first demonstration in my laboratory that experiments designed to test a new hypothesis developed to explain some earlier, often puzzling or paradoxical finding, have given results consistent with the hypothesis."

Robert F. Furchgott was born in Charleston, South Carolina in 1916, with an innate interest in biology and science. He attended both the Universities of South and North Carolina and did his Ph.D. work at Northwestern University in Chicago. He worked at Cornell University Medical College on phosphates, Washington University in St. Louis on smooth muscles, and at Suny Medical Center in Brooklyn on the relaxation of blood vessels.

More information about Furchgott and his discoveries: https://www.nobelprize.org/prizes/medicine/1998/furchgott/facts/ 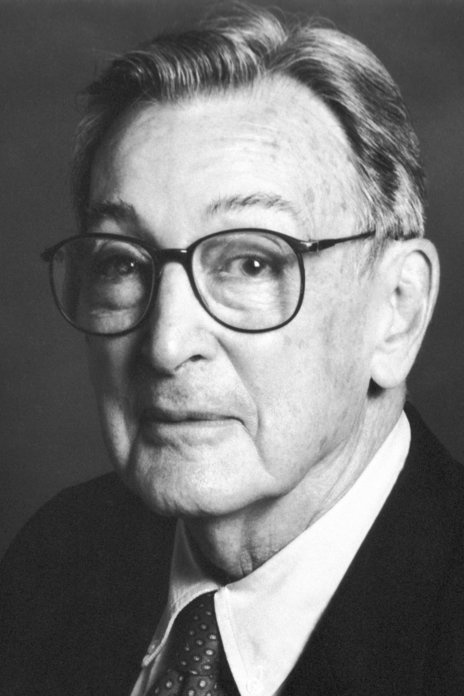 "Indeed, I spent many long hours thinking about whether I should study chemistry or open up my own drag racing shop out on Long Island. Well, chemistry it was."

A native New Yorker, Louis J. Ignarro was born to immigrant Italian parents on May 31, 1941. He studied at Columbia University in New York City and received a Ph.D. in pharmacology from the University of Wisconsin. He performed his postdoctoral work at the Laboratory of Chemical Pharmacology at the National Heart, Lung, and Blood Institute, under Elwood Titus. As a scientist at Geigy Pharmaceuticals, Ignarro worked on anti-inflammatory drugs. He returned to academia at Tulane University in New Orleans and worked on the question of NO as a signal molecule. He moved to the University of California, Los Angeles School of Medicine where he continued to work on the effects of NO.

More information about Gilman and his discoveries: https://www.nobelprize.org/prizes/medicine/1998/ignarro/facts/ 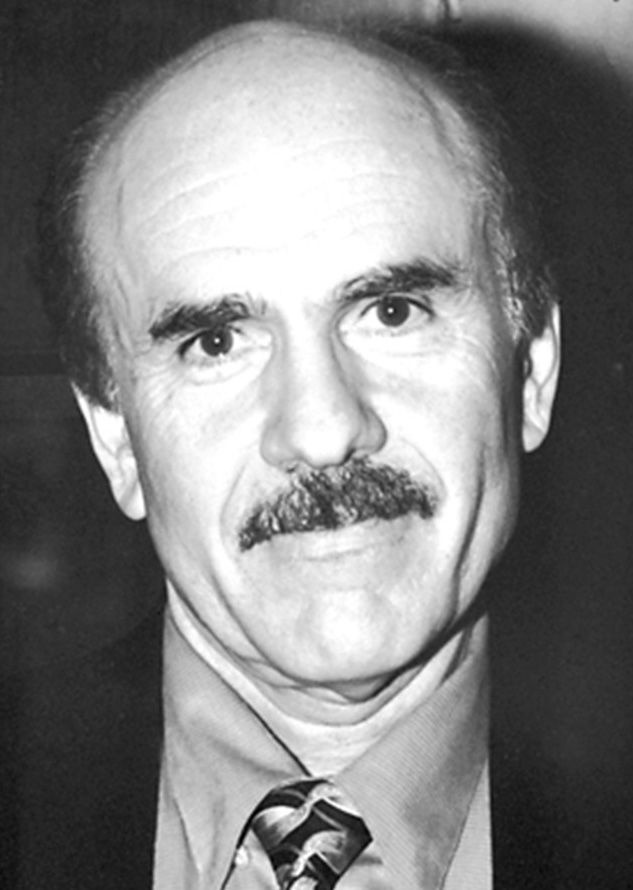 "With this background I knew that I wanted considerable education so I wouldn't have to work as hard as my parents. Also, I knew at the age of 12 that I was going to become a doctor."

Ferid Murad was born on September 14, 1936 in Whiting, Indiana, the son of restaurant owners. He attended DePauw University in Greencastle, Indiana, and did his M.D.-Ph.D. degree work at Western Reserve University School of Medicine under Earl Sutherland on cyclic AMP. He was a clinical associate at the National Heart, Lung, and Blood Institute under Martha Vaughn, where he pursued his interest in hormone regulation. At the University of Virginia, he continued this work; then at Stanford University he began his work on NO. He joined the Abbot Laboratories to work on drug discovery and then went to the University of Texas-Houston to build a division of clinical pharmacology. He concluded that he ended up working harder than his parents, but with more enjoyment.

More information about Murad and his discoveries: https://www.nobelprize.org/prizes/medicine/1998/murad/facts/ 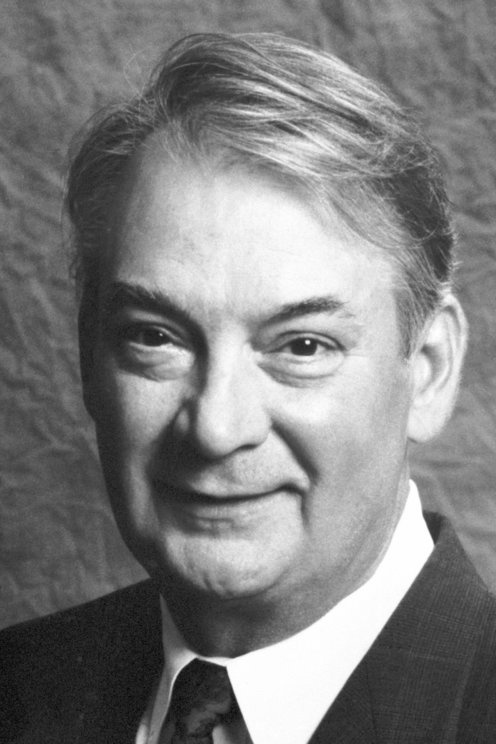 All Photos: © The Nobel Foundation

All Photos: © The Nobel Foundation

Listing of all NIH Laureates