In the mid-1960s, Rodbell was studying enzymes. At that time, the only test medium available was crude chunks of fat tissue. To get more precise results, Rodbell developed a method for isolating single fat cells from the fat tissue. Because fat floats, Rodbell first put the minced tissue in a liquid and then treated the floating cells with a substance called collagenase to separate the fat cells from other cells.

"Great," he shouted, but are they viable cells?" 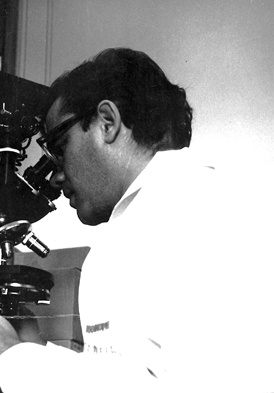 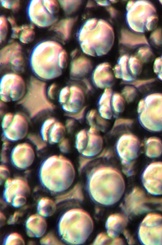 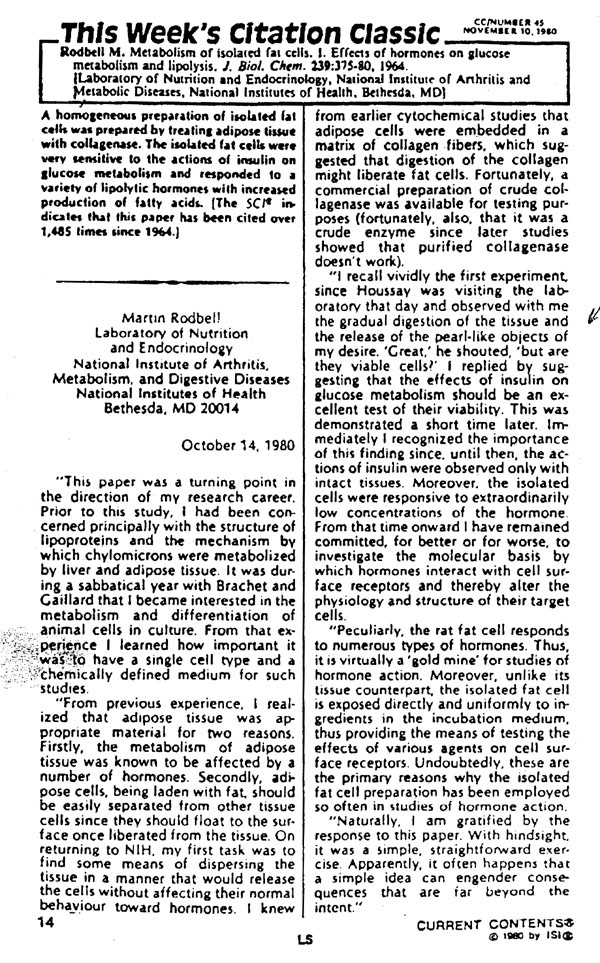 To confirm for the Nobel laureate Bernardo Houssay, who was visiting Rodbell's laboratory, that these cells were viable, Rodbell showed that the cells reacted normally to the hormone insulin. This was a turning point in his career—Rodbell's focus shifted from studying the metabolism of fat to examining the actions of hormones.

"Apparently, it often happens that a simple idea can engender consequences that are far beyond the intent."

The procedure for isolating fat cells was a boon to hormone research, because fat cells respond to a wide variety of hormones. No one before had been able to study hormones' effects on cells this way. Many researchers began using Rodbell's method, making his paper "The Metabolism of Isolated Fat Cells" one of the most widely cited in the field.