A Baltimore native and the son of a grocer, Martin Rodbell was born December 1, 1925. He attended Baltimore City College, a public high school, and then Johns Hopkins University. World War II interrupted his studies there; he served as a Navy radioman with the Pacific fleet. After the war, Rodbell returned to Johns Hopkins, and switched to science, from French literature, as a vocation. At the University of Washington, in Seattle he received his Ph.D. in biochemistry, and then came to the National Institutes of Health as a research biochemist in Nobel laureate Christian Anfinsen's laboratory at the National Heart Institute, now called the National Heart, Lung, and Blood Institute.

For a more in depth look at Martin Rodbell's life and work, visit the National Library of Medicine's "Profiles in Science" site and the Nobel Foundation's site.

"To my chagrin the chemistry course required a more sophisticated level of understanding than I had experienced. The same was true of physics. The result, I switched to French literature as a major....Only after graduation, taking an extra year for studying advanced physical chemistry and related courses, did I understand that I was capable of being a scientist. I was nearly 25 years old!" 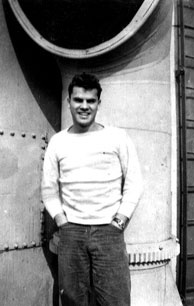 "All day I listened to Morse code. If that isn't preparation for looking at cell signaling, I don't know what is." 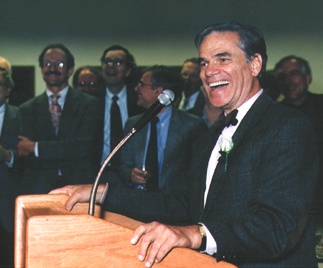 "The real reasons reside
with the people, with ideas, and their exchange.
With the freedom to be wrong without fear
the ability to conjure theories as if a seer
Without the constant overbearing reviews
by so-called Peers.
The philosophy of Science,
That seedbed of Truth and Beauty Survives in our midst
Not because of our administrators I insist
But because of our overwhelming passion
To know and understand in individual fashion.
And, with insatiable curiosity,
To reach for the unattainable goal
In the face of the public's
Unceasing desite to have cures for AIDS, common colds.
And the unrelieved fear of cholesterol...