The e.p.t In-Home Early Pregnancy Test is a private little revolution any woman can easily buy at her drugstore...Now its high accuracy rate has been verified here in America by doctors...That means you can confidently do this easy pregnancy test yourself—privately—right at home without waiting for appointments or delays...At last early knowledge of pregnancy belongs easily and accurately to us all. 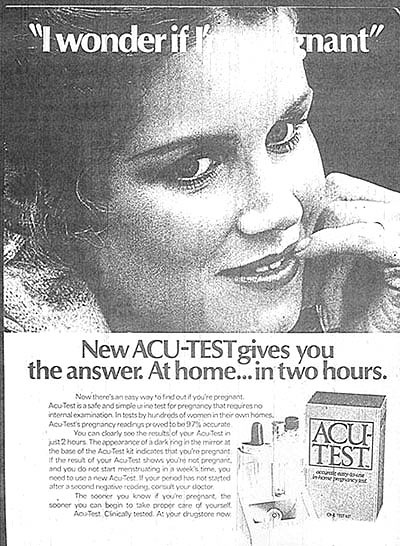 The emphasis in the early advertisements wavered between an emphasis on science and a more emotional appeal. The first e.p.t advertisement, for example, featured eight paragraphs of text, a diagram showing the use of the dropper and test tube, and a photograph of the kit itself, showing test tubes suspended in a plastic container. Conversely, the ACU-TEST advertisement from the same year showed a woman’s face under the phrase “I wonder if I’m pregnant.” Biting her fingernail and looking pensively off camera, the woman embodied the ambivalence that often accompanied this new technology.

In many ways, a pregnancy test is difficult to market. The term “hCG” sounds foreign and the phrase “urine stream” is difficult to sugar coat. The test is so intimate that most advertisements focus on its accuracy or the short time frame to know the answer rather than on the meaning of the results. In the history of healthcare tests, the pregnancy test is unique in that—unlike blood tests for most diseases—a negative result can be cause for celebration for some, despair for others. With a pregnancy test, the reaction to the results is complex and depends on many personal factors. 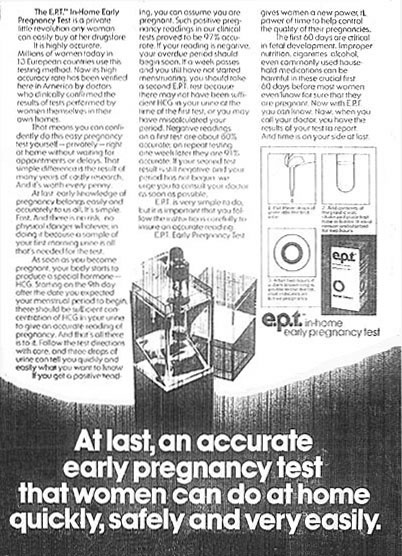 Whether a woman wants to be pregnant or not, she can now find out whether she is with startling accuracy, ease, and speed unimaginable to previous generations. Though her mother may not even have taken a pregnancy test, today, a woman can find out if she is pregnant four days before a missed period. A private little revolution, indeed.

Below are some early pregnancy test advertisements.

e.p.t, 1978. "At last, an accurate early pregnancy test that women can do at home quickly, safely and very easily." 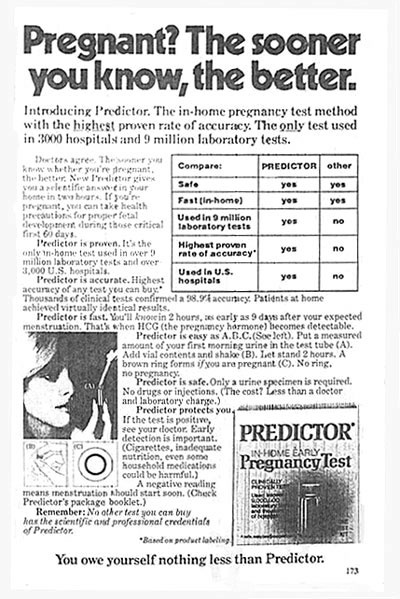 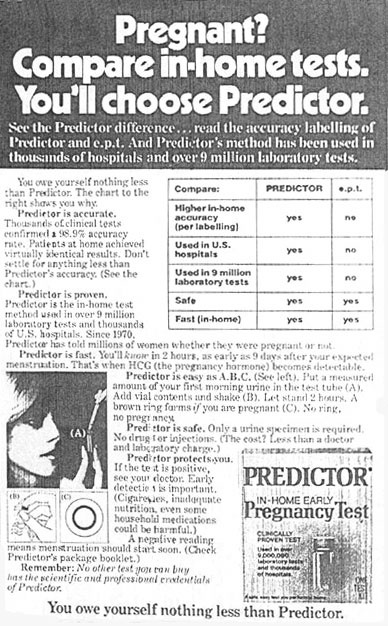 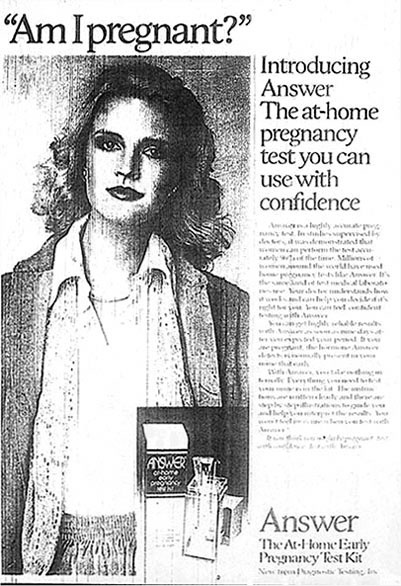 Answer, 1978. "Am I pregnant? Introducing Answer. The at-home pregnancy test you can use with confidence." 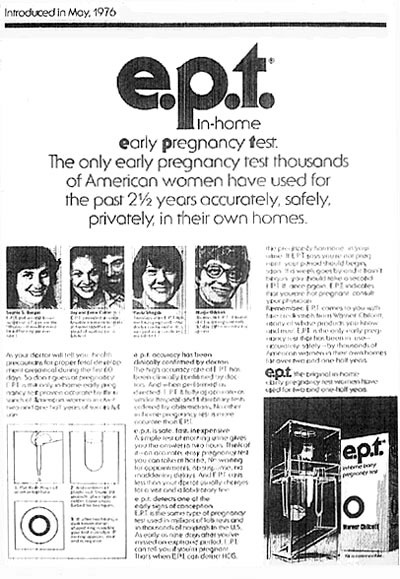 (Though in early 1978 e.p.t had used words like “at last” and “finally” to introduce its new test, by the end of the year, this test had competition. In 1979 the advertisements started claiming that the test had been “introduced in May, 1976.” This was most likely a reference to when the test was approved by the FDA and tested by women as part of that approval process.) 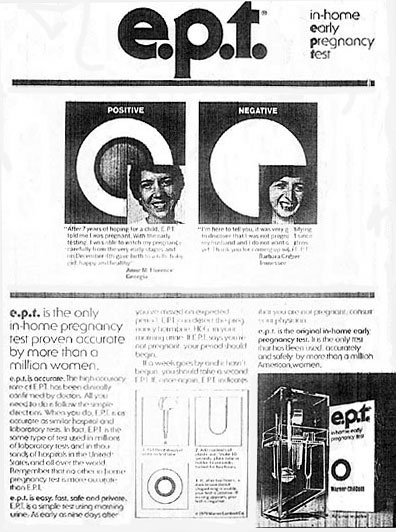 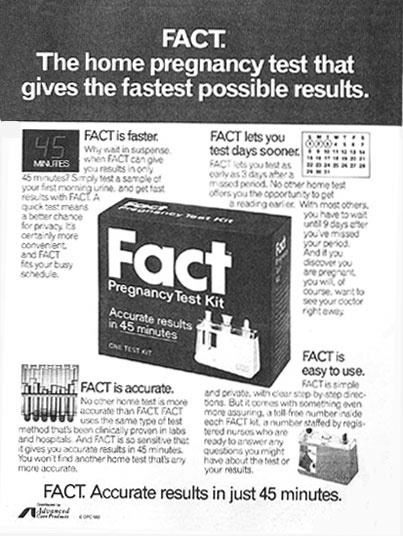 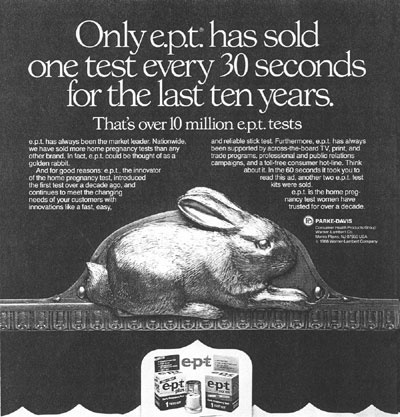