A Legacy of Shared Curiosity

These happy scientists had just attended the first Homogeneous Immunoglobulin Workshop, which took place on the NIH campus in 1969. Filled with passionate debate, this exciting meeting had been arranged by Potter (above, third from the left) and Martin Weigert from the Institute for Cancer Research, Philadelphia, to discuss the newest results and ideas in immunoglobulin research. The annual workshops continued until 1979. 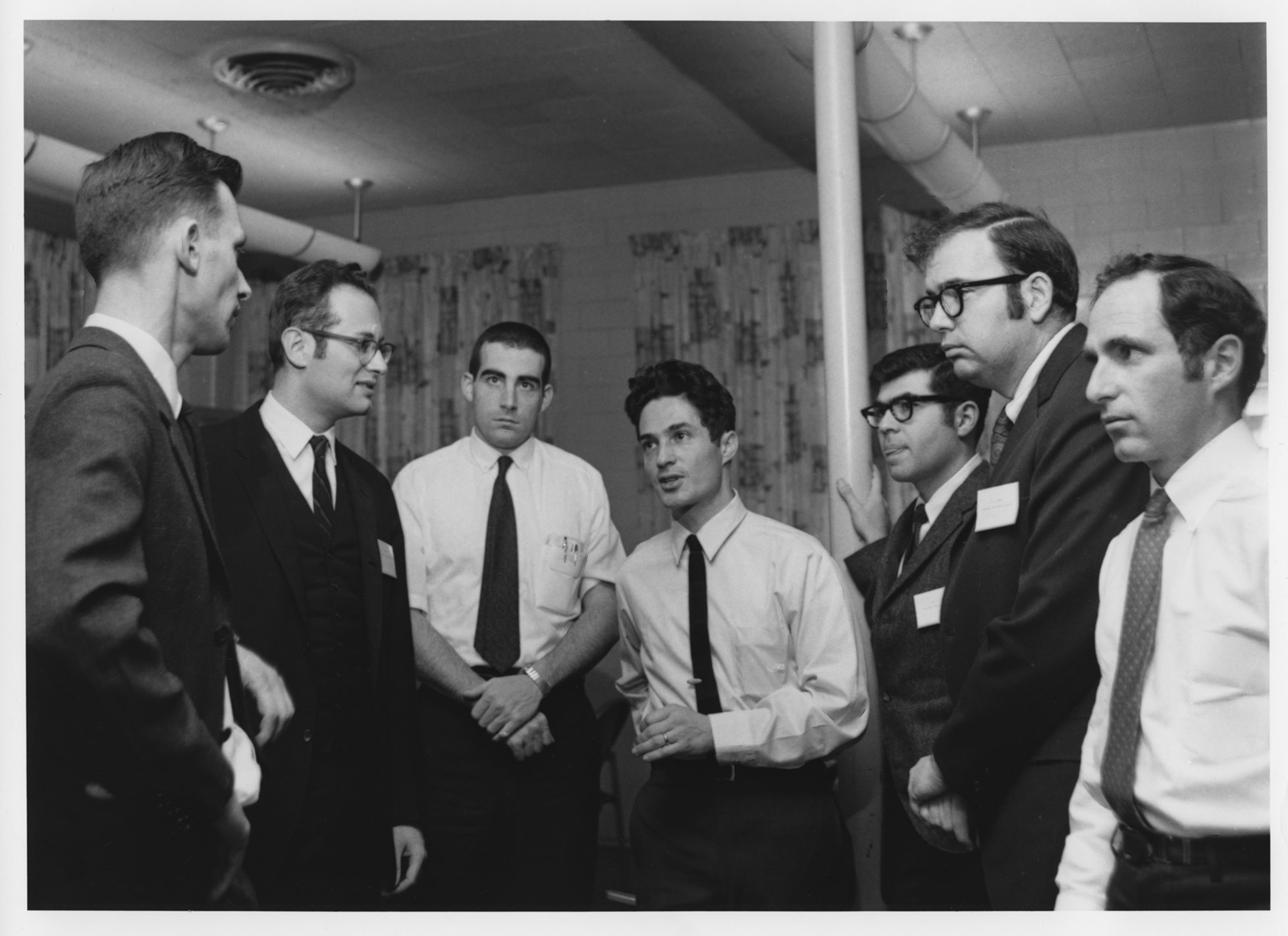 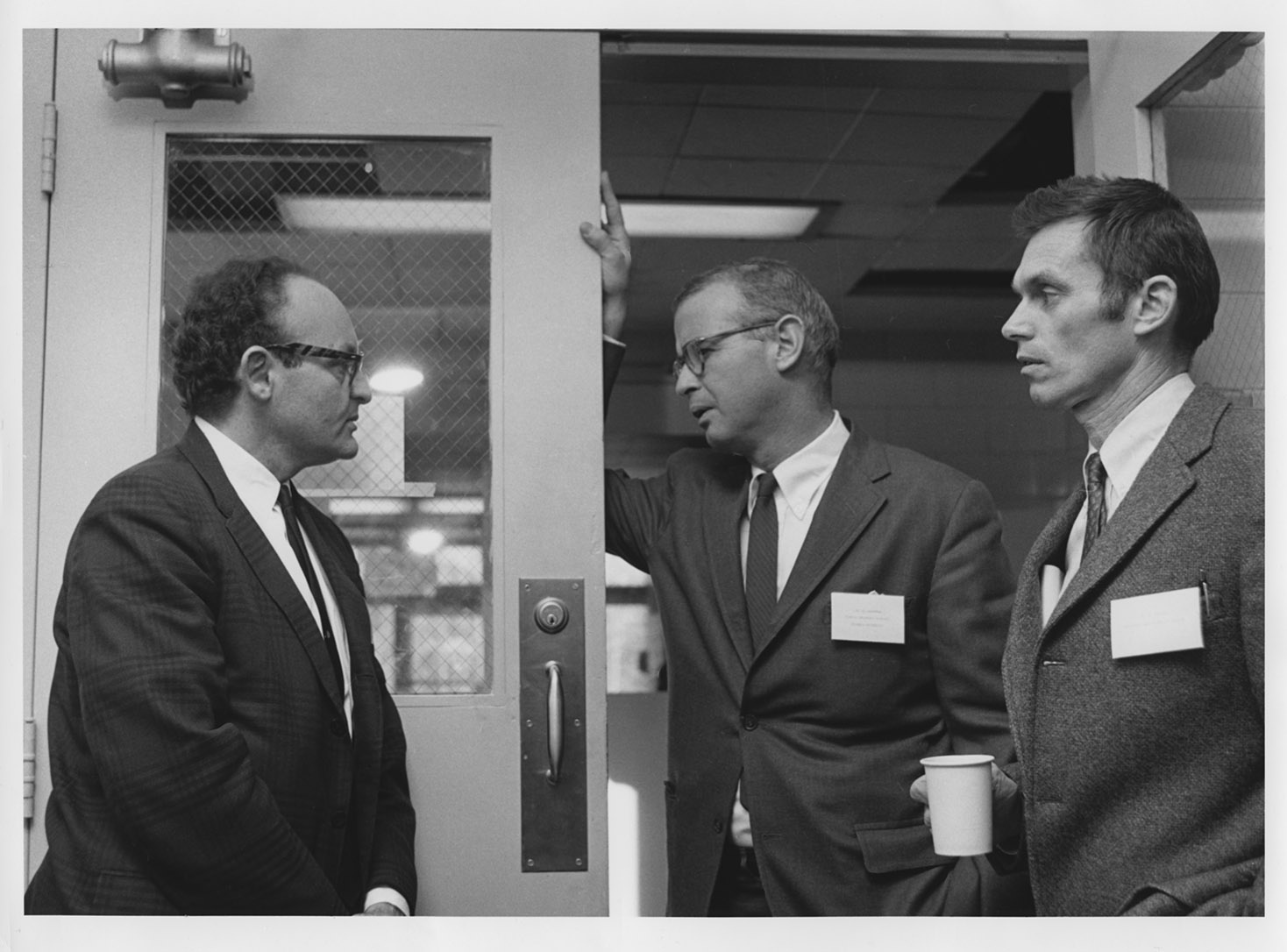 Myron Leon, Elliott Osserman, and Michael Potter at the 1969 workshop. Although they were all in different organizations, the three had known and worked together for years. National Library of Medicine

Mechanisms in B Cell Neoplasia Workshops

Mike Potter and Fritz Melchers of the Basel Institute for Immunology (below) organized annual Mechanisms in B Cell Neoplasia workshops that were held from 1983-1999 either at NIH or in Basel. The workshops compared normal B lymphocytes and plasma cells with their malignant counterparts, B cell leukemias, lymphomas, plasmacytomas and multiple myelomas. They searched for genetic, molecular, cellular and physiological differences between normal and malignant cells — differences that might contribute and, hence, explain the changes from normalcy to malignancy. It was hoped that the identification of molecular genetic alterations in tumors might offer targets for intervention to reverse and prevent tumor development. 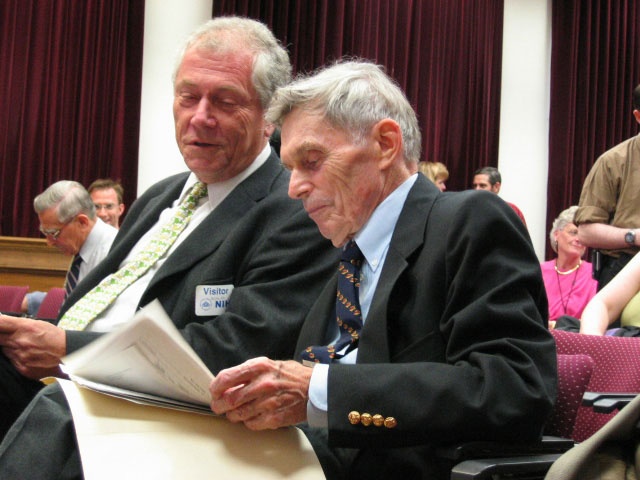 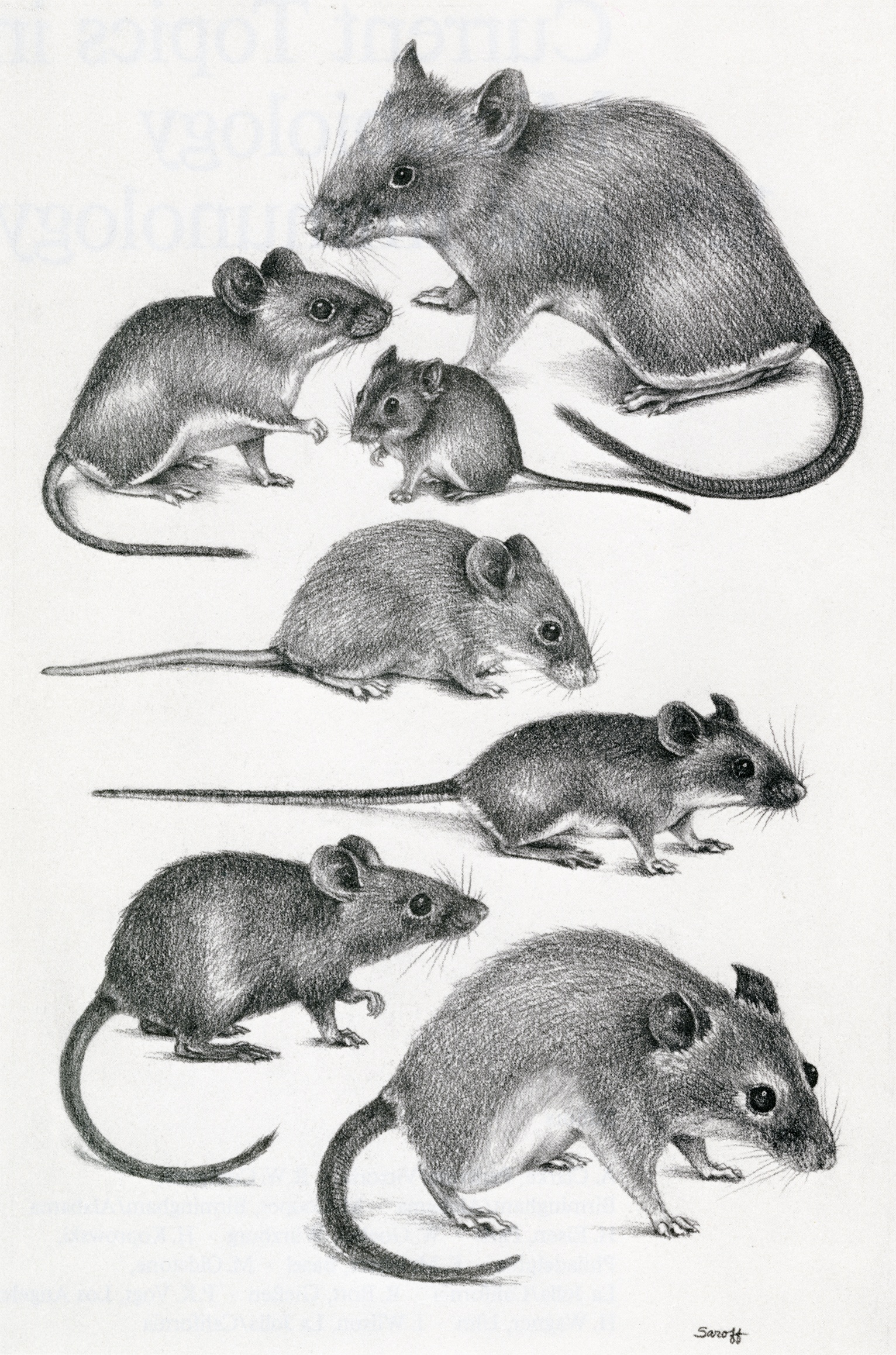 These drawings by Phyllis Saroff illustrate a collection of papers from a 1985 workshop focused on the genetic diversity of “wild mice” (natural living house mice) and their use in research. The workshop was held because it had become apparent as genetic research progressed, that inbred strains of mice offered only a limited window into the genetic diversity in mice. Edited by Potter, Joseph Nadeau, and Michael Cancro, the book amazed reviewers by cataloging available stocks of mice and their sources. Depicted are M. pahari, M. spretus, M. minutoides, M. cervicolor, M. caroli, M. castaneus, and M. saxicola from Potter’s NCI colony of mice. More information can be found on the Potter's Books Artifact page. (TODO: Link) From the permanent collection of the NIH Stetten Museum. Courtesy of Dr. Beverly Mock, NCI

Sharing Material Both Physical and Philosophical

Potter’s explosive influence helped direct the decades of cancer and immunological research to come. His knowledge, tools, and techniques enabled hundreds of other investigators in many fields to do their work. And he instilled a love of sharing ideas with a younger generation of scientists. He died of acute myeloid leukemia in 2013.

“He never refused a request for any materials his lab had generated, even if it was from someone doing the exact same type of studies that he was involved in. His attitude was that it was only advancing science that mattered and one could not be concerned with trying to limit access in any way to materials or reagents that would benefit experimental progress.” 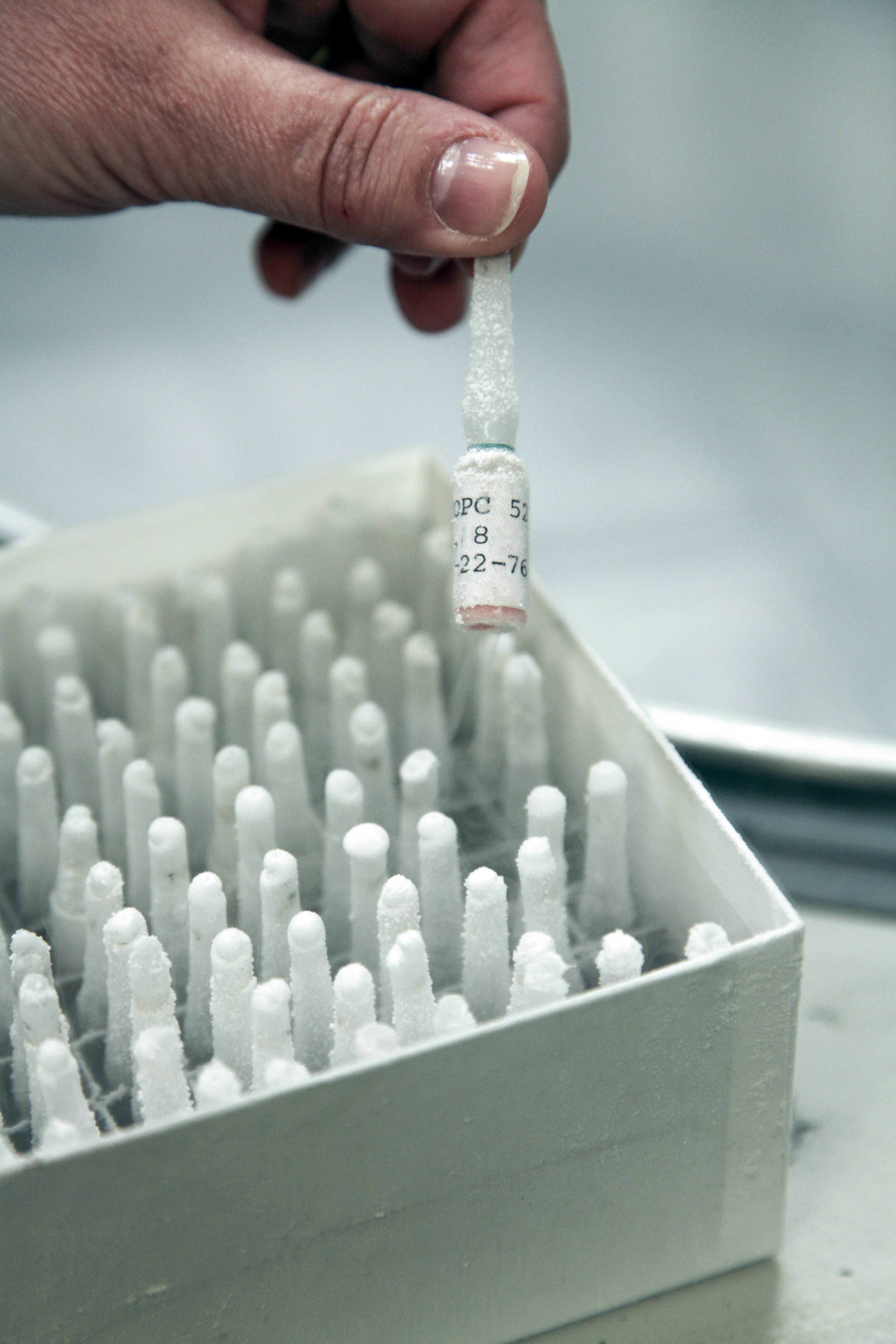 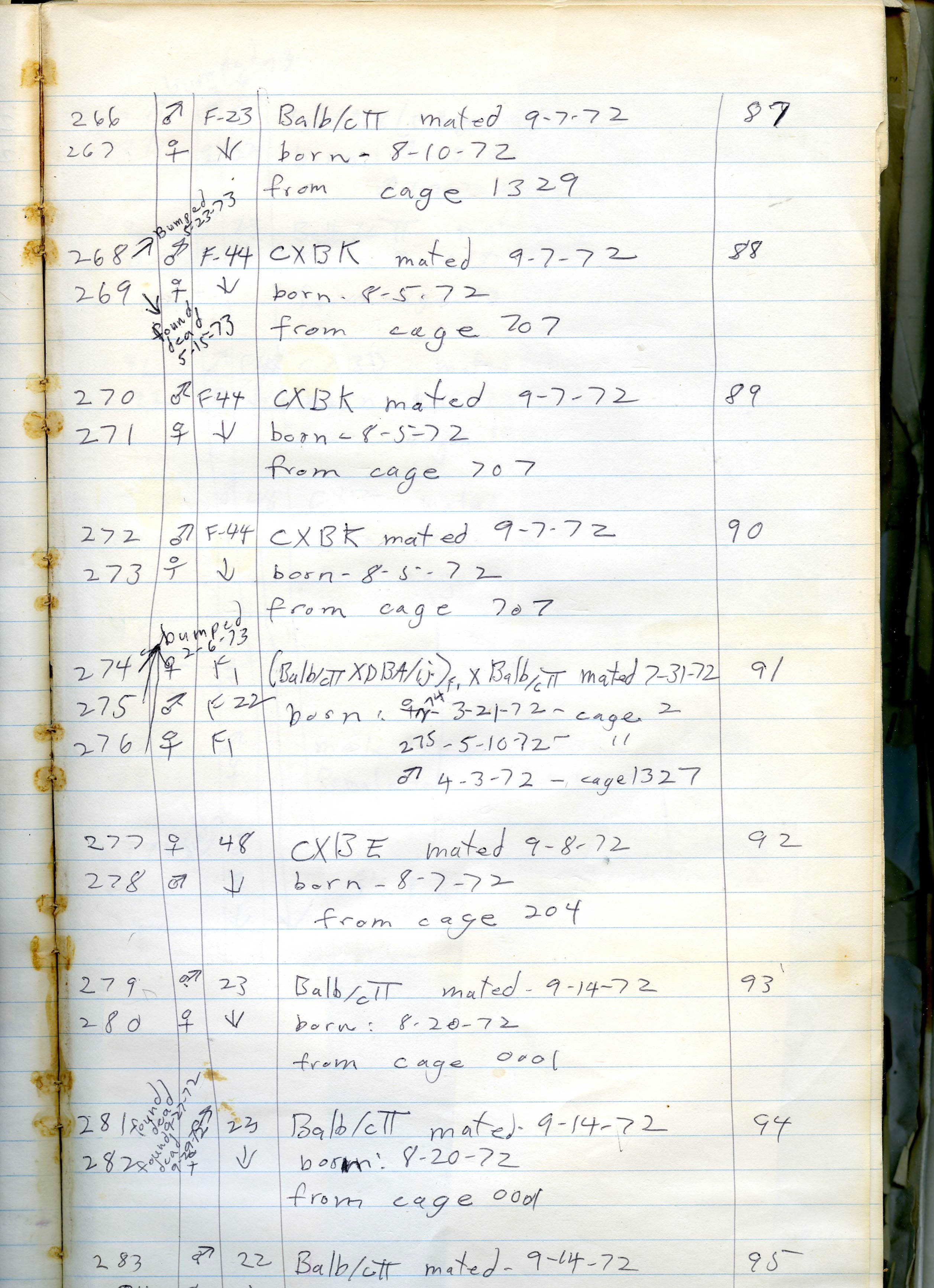 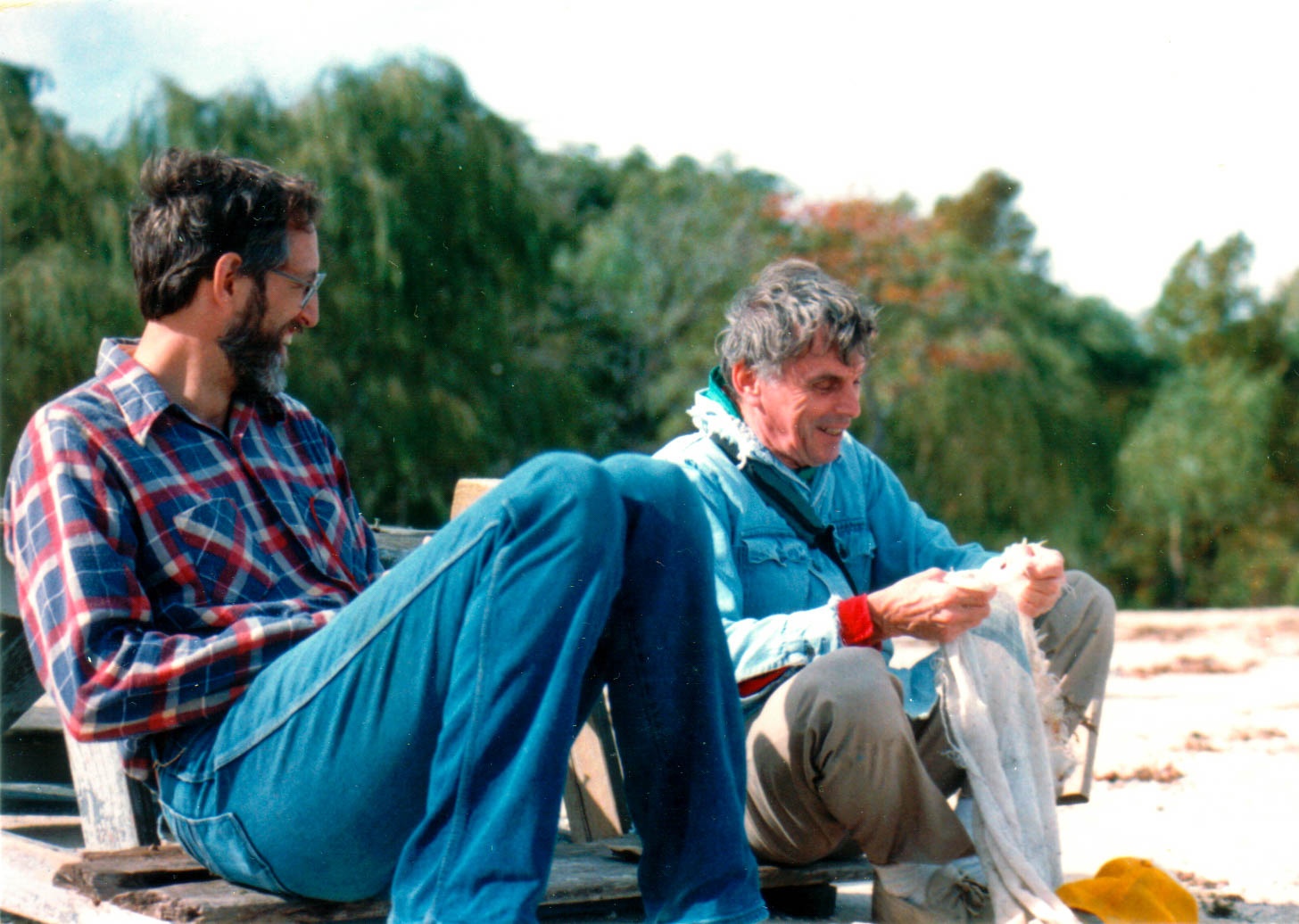 Potter loved talking about science as he fished or beach-combed on the Chesapeake Bay. The many young scientists, such as his graduate student, Richard Nordan (above), who worked with him over the years, remember their casual and wide-ranging discussions on these trips, as well as Potter’s scientific curiosity and openness to new ideas. Courtesy of Dr. Beverly Mock, NCI

Potter and his wife, Jeanne Ann, and their son and daughter, often hosted visiting scientists and graduate students in their home or on excursions to the beach. Jeanne Ann was an integral part of the community that they built around Michael’s research. Those who were young scientists with the Potters continue to form their own informal alumni group. 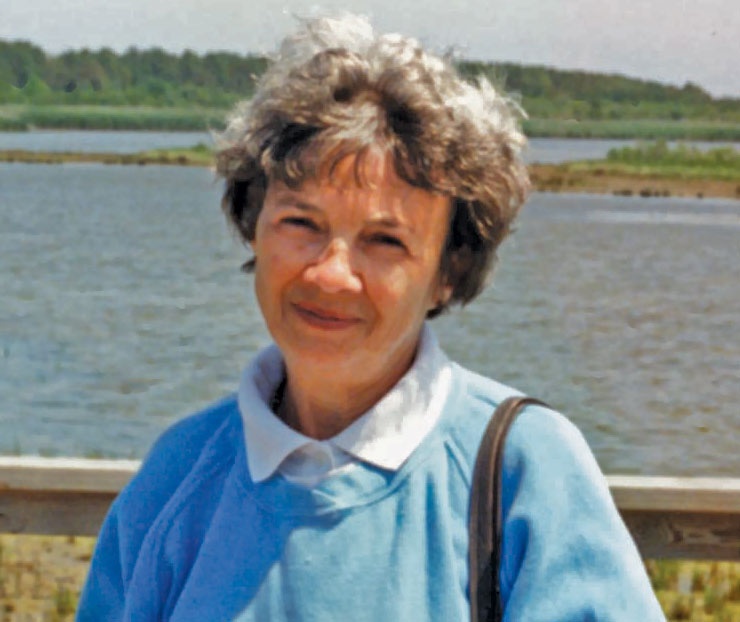 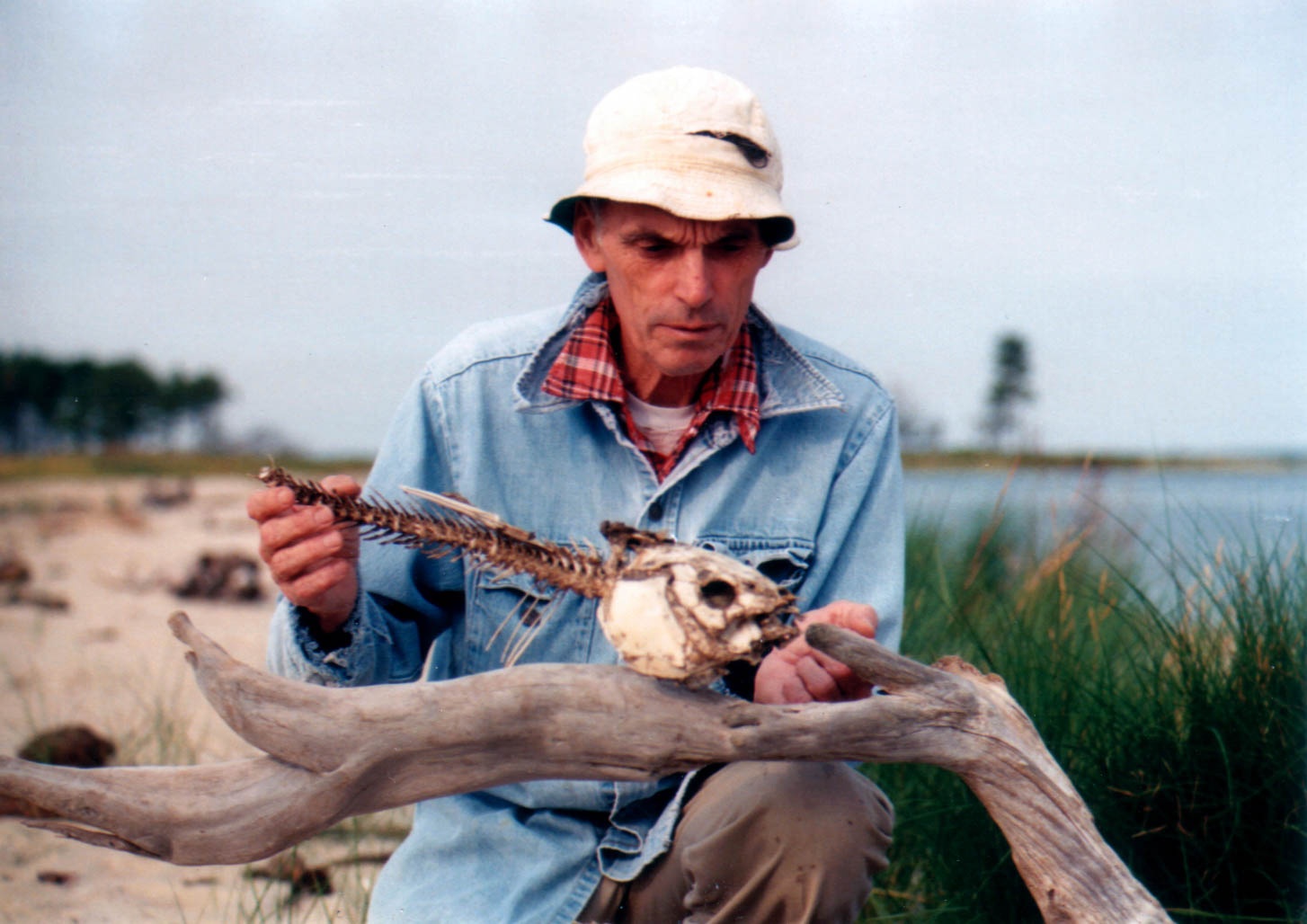 Even as a boy, Michael Potter loved two things: fishing and investigating the natural history of the seashore. He often used what he found to create artwork. These small shore bird sculptures were made by Potter with some of the shells that he found during his beach excursions. More information can be found on the bird sculpture artifacts page. (TODO: Link) Courtesy of Melissa Adde 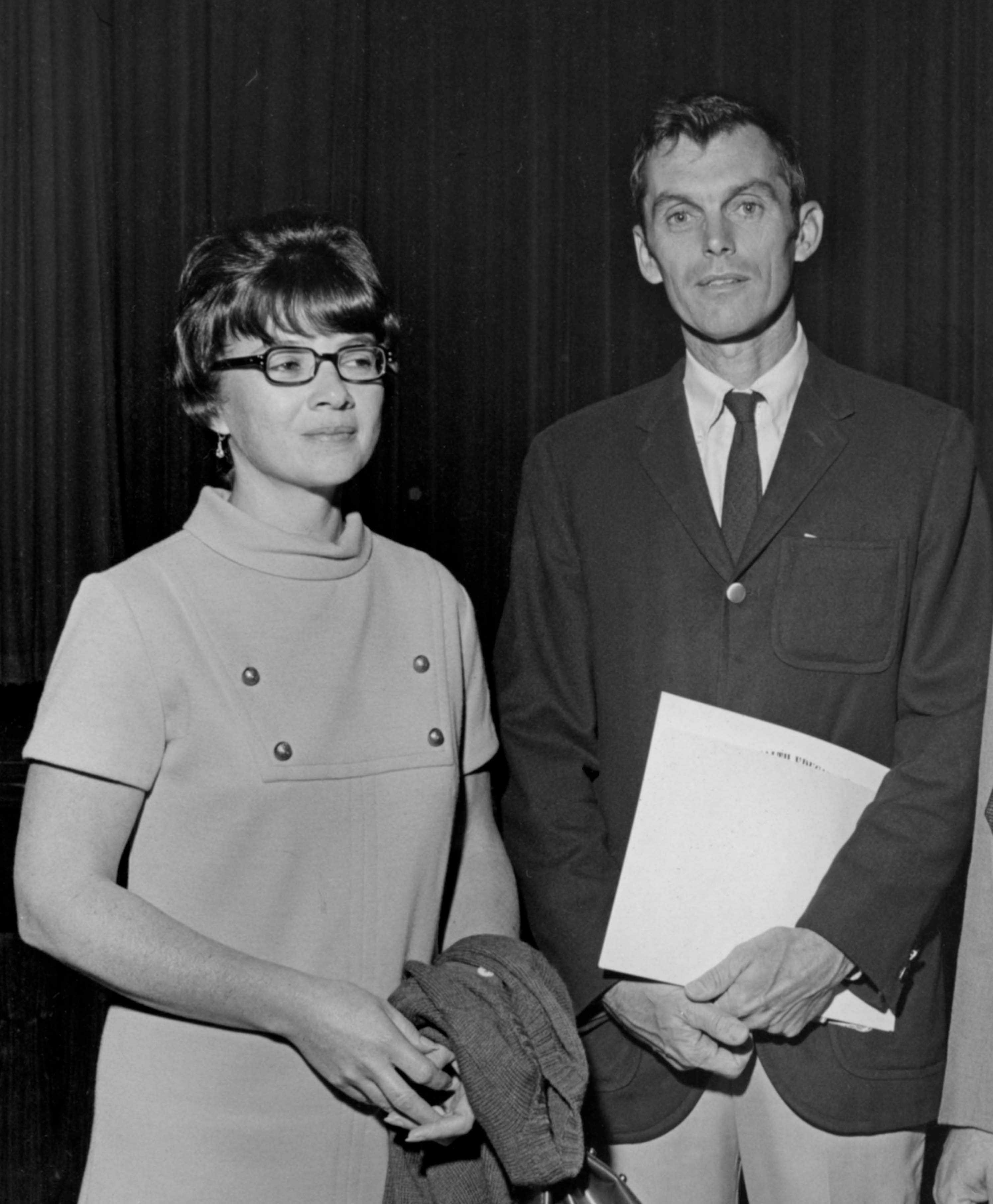 In 1969, Potter was awarded the Public Health Service’s Meritorious Service Medal (above). He and his wife, Jeanne Ann (shown above and right), and their son and daughter spent holidays on the Outer Banks of North Carolina. Courtesy of Melissa Adde