“What a memorable day! The Pneumococcal reactants were most exciting—sugarplums were dancing in my head.”

Matching Immunoglobulins to their Antigens

To study the structure and function of antibodies or immunoglobulins, Potter had to determine which antigens they reacted with. Serendipity struck when Myron Leon from St. Luke’s Hospital in Cleveland came for a one-day visit in October 1967, bringing several antigens he wanted to screen. Potter offered his myeloma serum samples, containing a mix of plasma cell tumors and antibodies. The Ouchterlony plates were prepared mixing Leon’s antigens with Potter’s serum, and they went out to dinner to await the reactions. The result, shown to the right, revealed an immunoglobulin reacting to a specific antigen associated with pneumococcus bacteria, a breakthrough revelation. 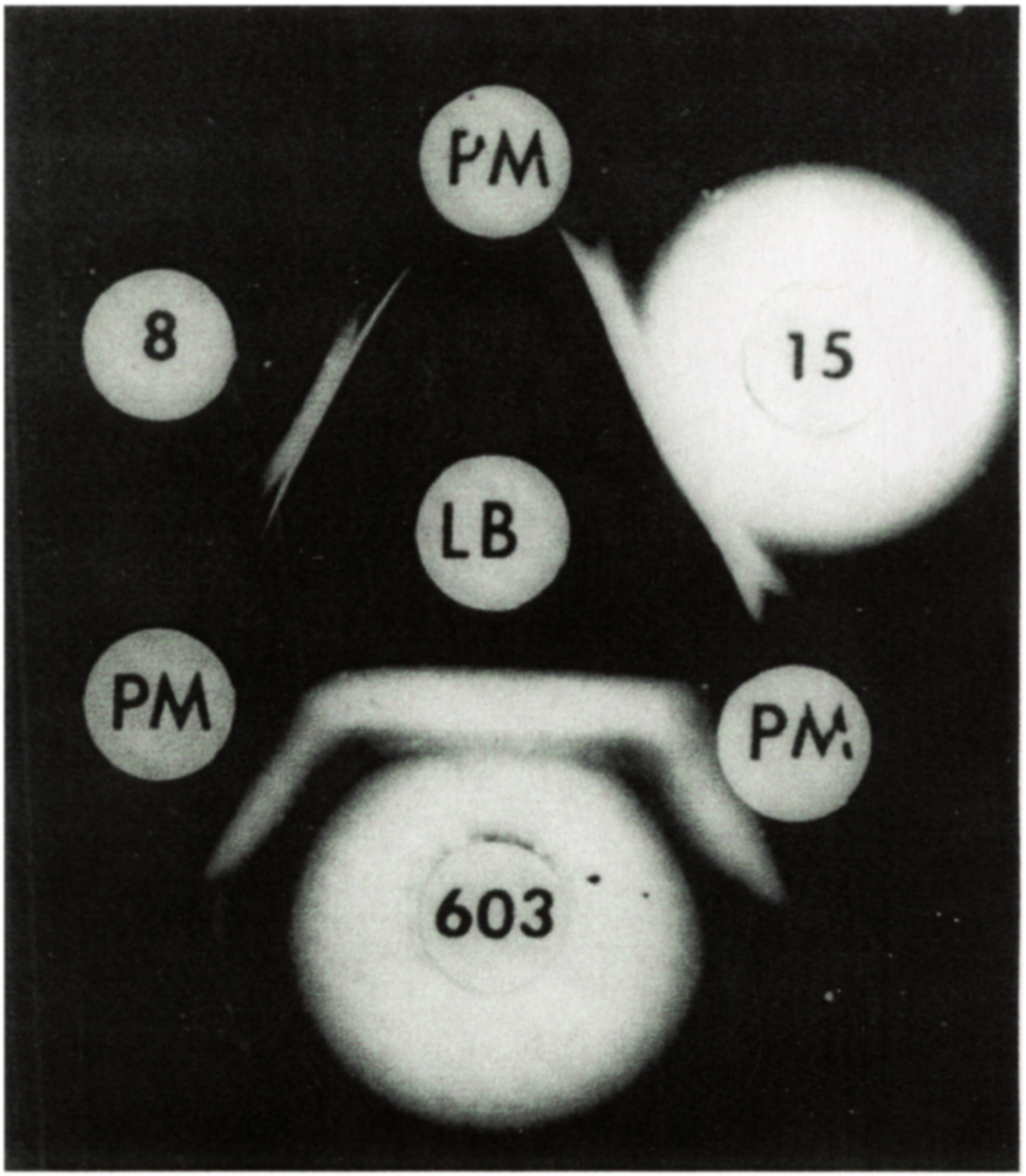 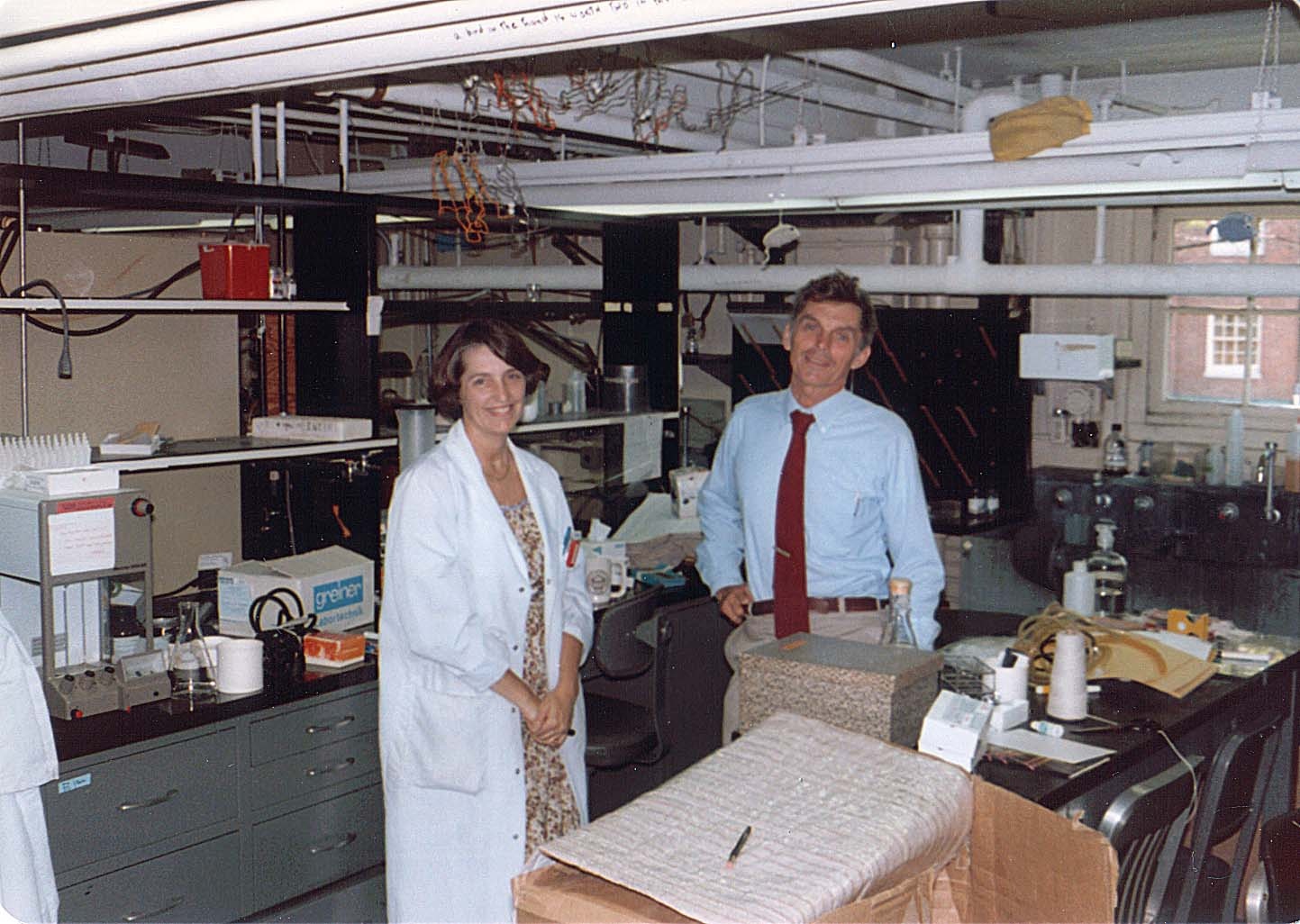 In their Building 8 laboratory, Potter and Elizabeth Mushinski began screening the immunoglobulins produced by plasma cell tumors against all types of antigens to match antibody to antigen. In 1968, they identified the MOPC315 immunoglobulin and its antigen, pneumococcal C polysaccharide, which is a component of the bacteria that causes pneumonia. Michael P. Cancro, Ph.D., University of Pennsylvania

Potter worked with Rose Lieberman on the third question he had scrawled: What is the genetic basis of antibody diversity? They found three genetic “types” in each immunoglobulin. “Isotype” genes on the constant regions determine the class and sub-class of the immunoglobulin. “Allotypes” distinguish the constant region sequences that are unique to the mouse strain. And “idiotypes” in the variable region reflect genetic sequences associated with an immunoglobulin’s specificity; sometimes immunoglobulins bind to the same antigen, but their idiotype genes are different.

The illustration, on the right, shows the basic structure of immunoglobulins. Molecules in the heavy chains weigh more than those in the light chains. The amino acids in the constant regions do not change, while those in the variable region usually do change. Potter asked how this structure affects how immunoglobulins protect the body. 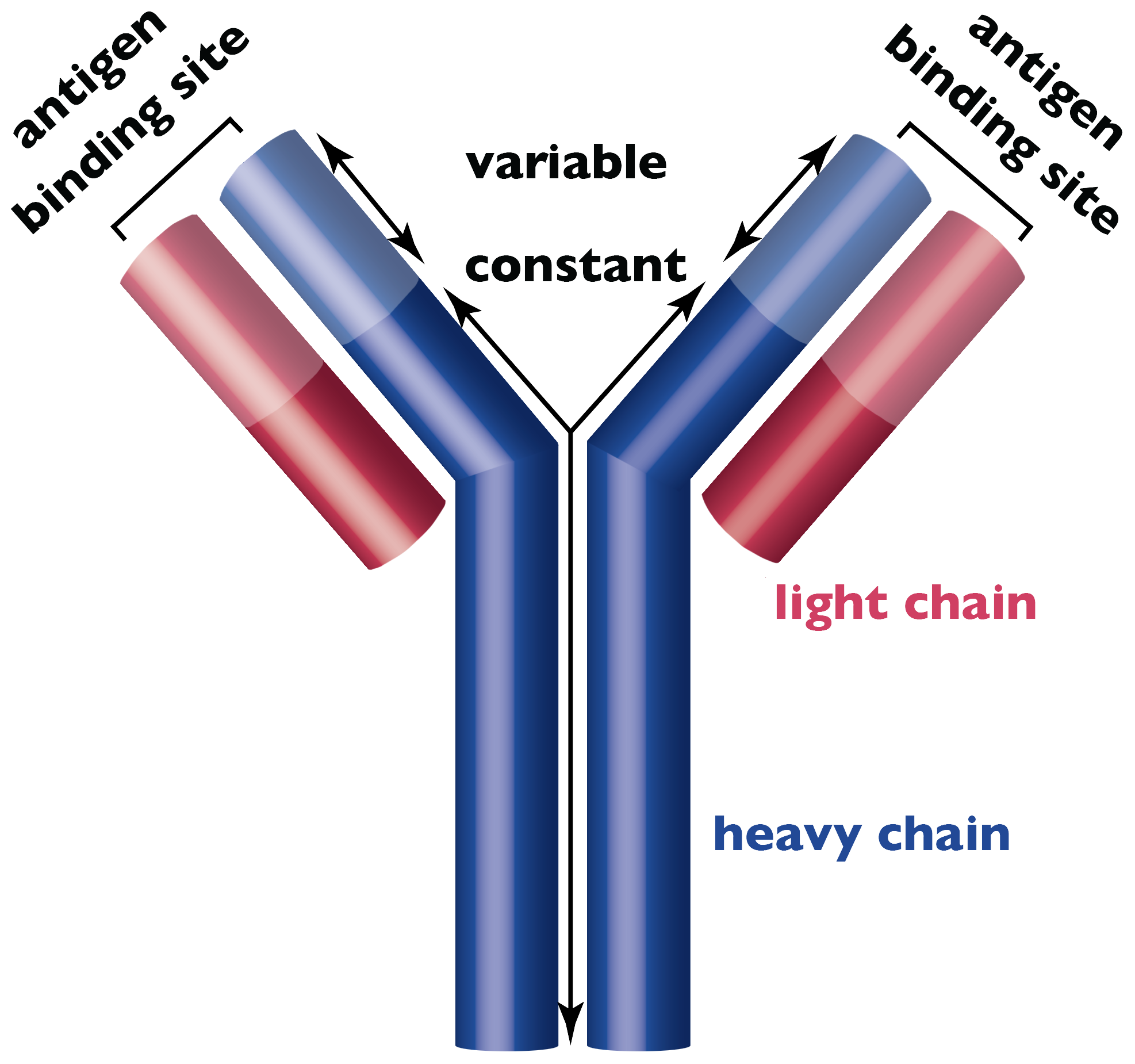 Based on an illustration from the University of Arizona 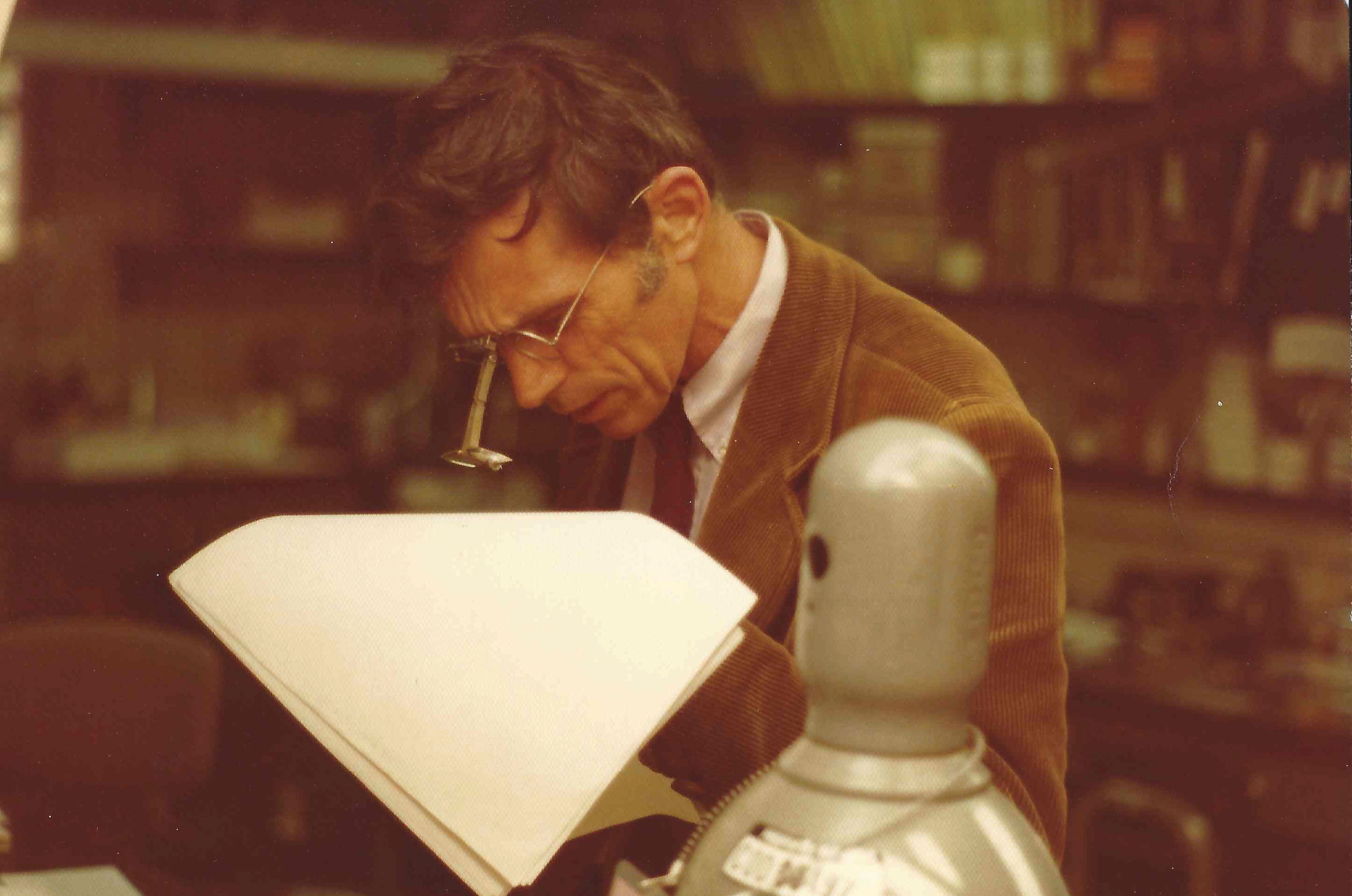 This 1976 photograph shows how Potter augmented his glasses with the addition of magnifying lenses that allowed him to see small details. It is perhaps the best visual metaphor for his careful and precise research. Michael P. Cancro, Ph.D., University of Pennsylvania

To determine three-dimensional molecular structures, scientists first needed to crystalize the molecule. These beautiful crystals from a MOPC603 tumor immunoglobulin were created by Potter’s postdoc Stuart Rudikoff in the 1970s. Potter took the crystals to his colleague David Davies (National Institute of Diabetes and Digestive and Kidney Diseases), who used x-ray diffraction to determine their three-dimensional structure. This was the very first time that the structure of an amino acid chain—the binding site of an immunoglobulin, with a known antigen-binding specificity—had ever been described. 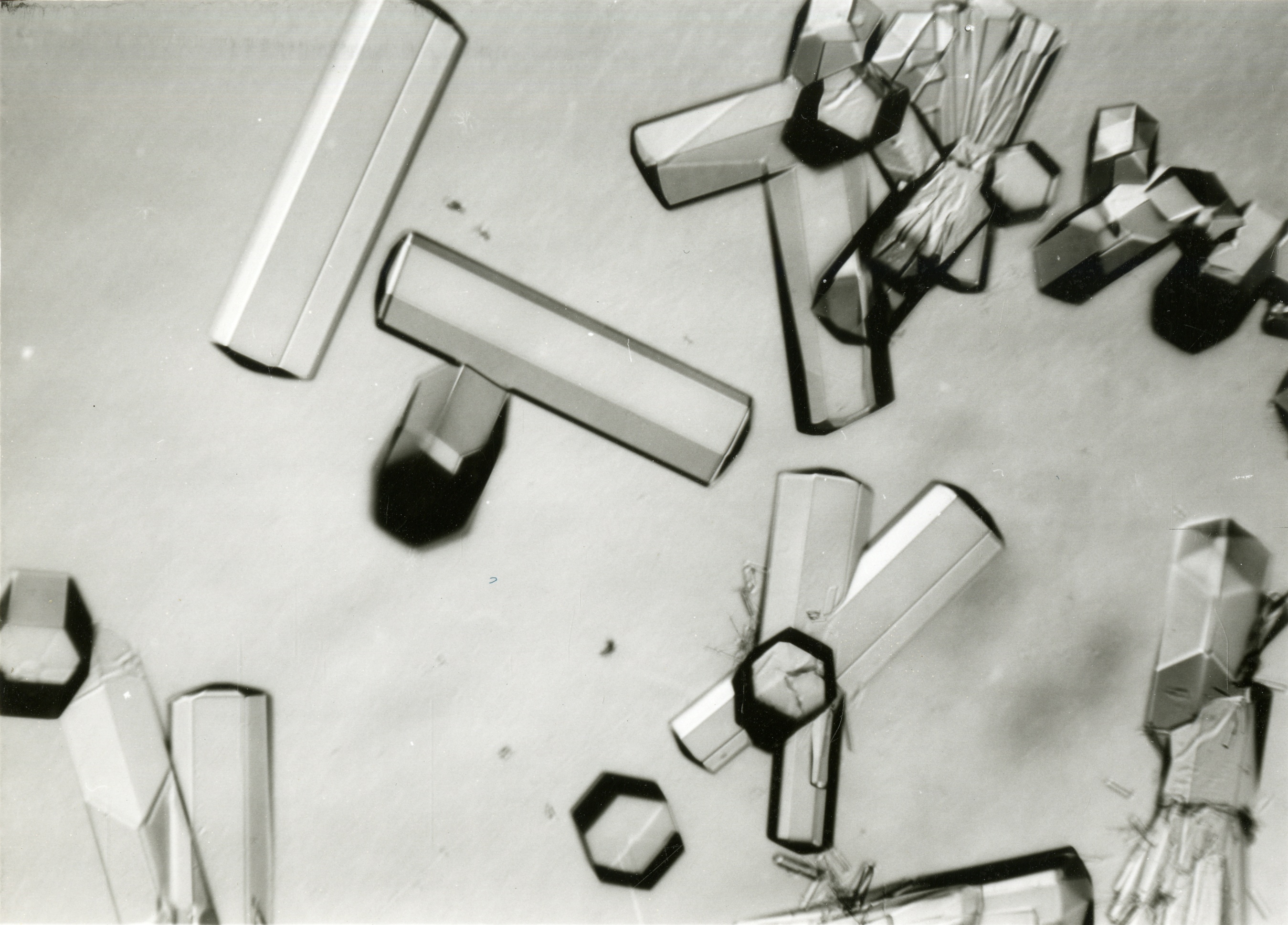