Pittman came by medicine early, helping her father, a country doctor, in his rural Arkansas practice. She attended the University of Chicago with money she had saved from teaching and received her Ph.D. in 1928. Following positions at the Rockefeller Insititute and the New York State Department of Health, she came to the NIH in 1936 and began working with Dr. Sara Braham, who had taught her at the Unviersity of Chicago. She is recognized for her work on an improved and standardized pertussis (whooping cough) vaccine. At the Rockefeller Institute of Medical Research, Pittman developed studies on strains of H. influenzae isolated from infected patients. At the National Institute of Health, she became the first woman to hold the position of laboratory chief, heading the Laboratory of Bacterial Products, Division of Biologics and Standards, from 1957 to 1971. Pittman isolated the influenza strain responsible for most childhood meningitis, helped identify the cause of epidemic conjunctivitis, and made key observations that led to the development of a Salmonella vaccine. In 1970 Margaret Pittman was recognized with the Federal Women's Award, and she served as president of the Society of American Bacteriologists and of the Washington Academy of Sciences. Although Pittman “retired” in 1971, she kept working at NIH as a guest until 1993. The Margaret Pittman Lectureship, created in 1994, honors Pittman for her exceptional research achievements at the National Institutes of Health. 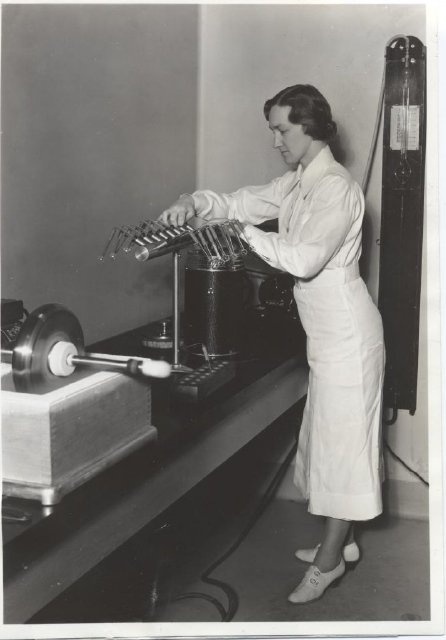