All instruments donated to the NIH Stetten Museum by Dr. Marshall Nirenberg.

A spectrophotometer is an instrument that measures the spectrum of a sample. Since each type of molecule has a unique characteristic light absorption spectrum, the spectrophotometer can be used to reveal its identity. The machine measures light intensity and color by measuring the energy of the sample at various wavelengths. 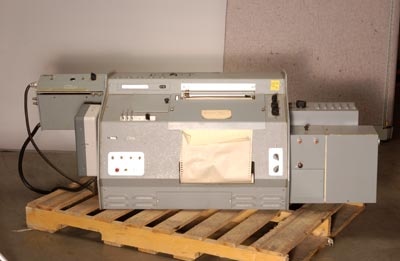 An electrophoresis instrument sorts molecules by size. In Nirenberg's experiment, the electrophoresis instrument sorts synthetic RNA codons by electrically separating them according to weight. An electrical charge will move codons a set distance along a paper filter. Codons with the same selection and order of bases (e.g., GCA or UGA) will always have an identical weight and consequently will move a predictable distance when stimulated by electricity. This helped scientists determine the sequence of bases in each codon. 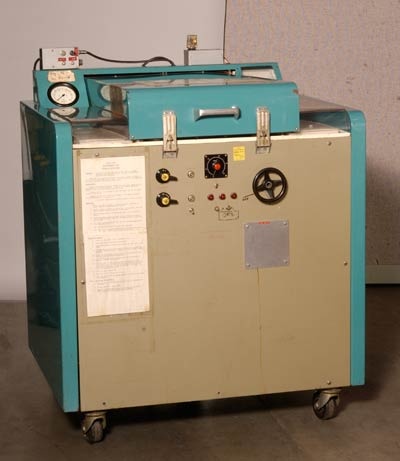 A French press, named for inventor Stacey French, is an instrument used to disrupt, or rupture, cells. The sample is placed in the bottom chamber of the machine, and the pressure on the sample is raised to a particular level. The cells are then forced into a different chamber, while the rapid change in pressure between the two chambers causes the rupture of the cells. Nirenberg and Matthaei first used a mortar and pestle to grind up the cells and release the cell sap but soon graduated to the French press to create their cell-free system of E. coli bacteria. 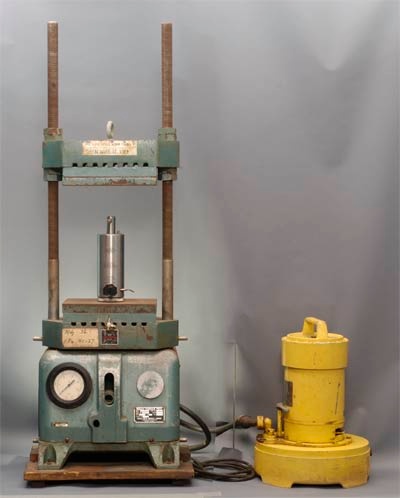 A centrifuge is an instrument that spins mixtures of materials around at high speeds in order to separate heavier from lighter materials. For example, after an E. coli cell has been ruptured, experimentalists can use a centrifuge to separate the cell sap from the heavier components of the cells. The lighter cell sap, containing the DNA, mRNA, and enzymes, could then be used for further experimentation.

The centrifuge in the Stetten Museum collection was donated by DuPont's Biotechnology Systems Division on the occasion of the 100th anniversary of the founding of the NIH. Its plaque reads: “In honor of Marshall W. Nirenberg for his pioneering experiments which led to the elucidation of the genetic code.” 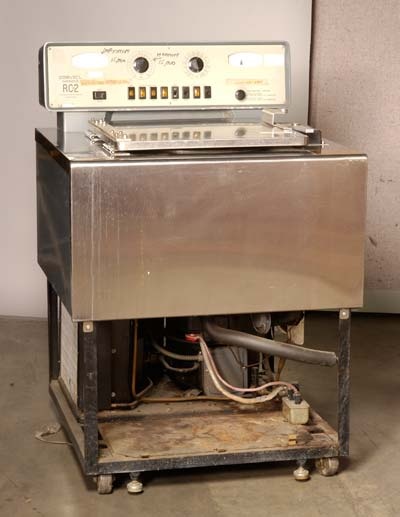 Drs. Philip Leder and Charles Byrne of NIH designed the multiple Millipore filtration instrument, nicknamed the “multi-plater.” It tests 45 samples at once, a significant improvement over the single-plater technique which only tested one sample at a time. Using this instrument, the scientists tested each codon against each amino acid using Nirenberg’s method. The multi-plater streamlined the process of deciphering the nucleotide codon sequences. 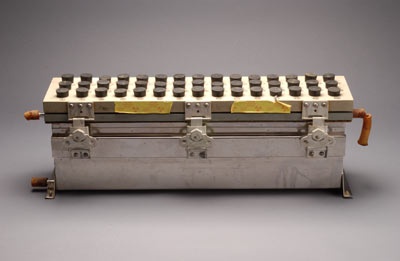