Gregor Mendel is usually considered to be the founder of modern genetics. Though farmers had known for centuries that crossbreeding of animals and plants could favor certain desirable traits, Mendel's pea plant experiments conducted between 1856 and 1863 established many of the rules of heredity.

An Augustinian monk living in what is now the Czech Republic, Mendel had access to an experimental garden in which he could breed “true” lines of pea plants and patiently wait for them to crossbreed in specified combinations. He worked with seven characteristics of pea plants: plant height, pod shape and color, seed shape and color, and flower position and color. Using the example of seed color, his results showed that when a yellow pea and a green pea were bred together their offspring plant was always yellow. However, in the next generation of plants, the green peas reappeared at a ratio of 1:3.

To explain this phenomenon, Mendel coined the terms “recessive” and “dominant” in reference to certain traits. (In the preceding example, green peas are recessive and yellow peas are dominant.) He published his work in 1866, demonstrating the actions of invisible “factors”—what we now call genes —in providing for visible traits in predictable ways.

Mendel never enjoyed recognition in his lifetime. In fact, it was more than three decades later, in 1900, that three scientists doing agricultural research discovered his 1866 paper. Erich Tschermak, Hugo de Vries, and Carl Correns independently verified several of Mendel's experimental findings, and the "age of genetics" was born. In the next several decades, scientists would learn more about genes and the special substance called DNA that carried each living thing's specific traits. 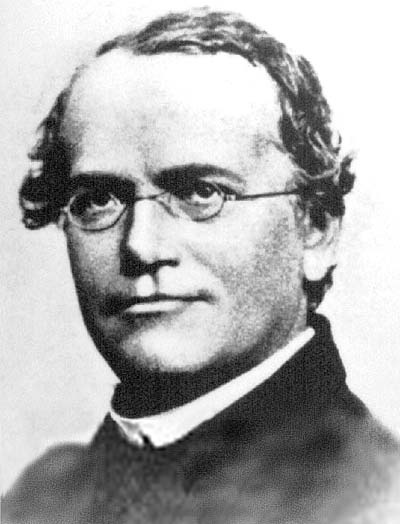 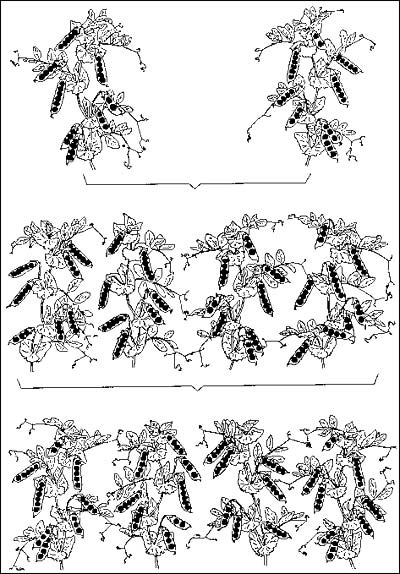