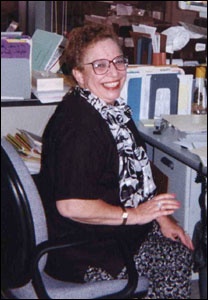 A few years ago, in 1985, I worked on the ganciclovir study, and that drug finally was approved by the FDA for the treatment of CMV retinitis. Then, in 1989, I managed the foscarnet study. The data from the studies at the NIH was very influential in obtaining FDA approval. I have been fortunate to be involved in studies of a number of drugs that have received FDA approval. It is a nice reward, after the hard work of gathering the data and getting it organized, that ultimately, there are millions of people getting this drug that would not ordinarily have done so because we have done a good job.