Hope Hopps grew up in Rhode Island and attended the University of Rhode Island. She later received a master’s in microbiology from University of Maryland in 1950, an era when few women pursued graduate studies in the sciences.

Hopps worked as a bacteriologist at Garfield Memorial Hospital and then Walter Reed Army Institute of Research. She joined the National Institutes of Health (NIH) in 1956, first in the National Institute of Allergy and Infectious Diseases. In 1960, she joined the NIH Division of Biologics Standards (DBS) in the Laboratory of Viral Immunology. There she worked with Drs. Paul Parkman and Harry Meyer on the rubella vaccine and the patented rubella antibody test.

She was the national president of Graduate Women in Science. After the transfer of biologics from the NIH to the Food and Drug Administration (FDA) in 1972, Hopps also became an administrator,  first as the assistant to the Director of Biologics and then as acting associate director for Program Development and Operations, working in Building 29.

After retiring from government service, Hopps continued to work as a consultant and guest worker in the FDA’s Center for Drugs and Biologics.

See also, “Finding Hope: A Woman’s Place Is In The Lab” Exhibition. 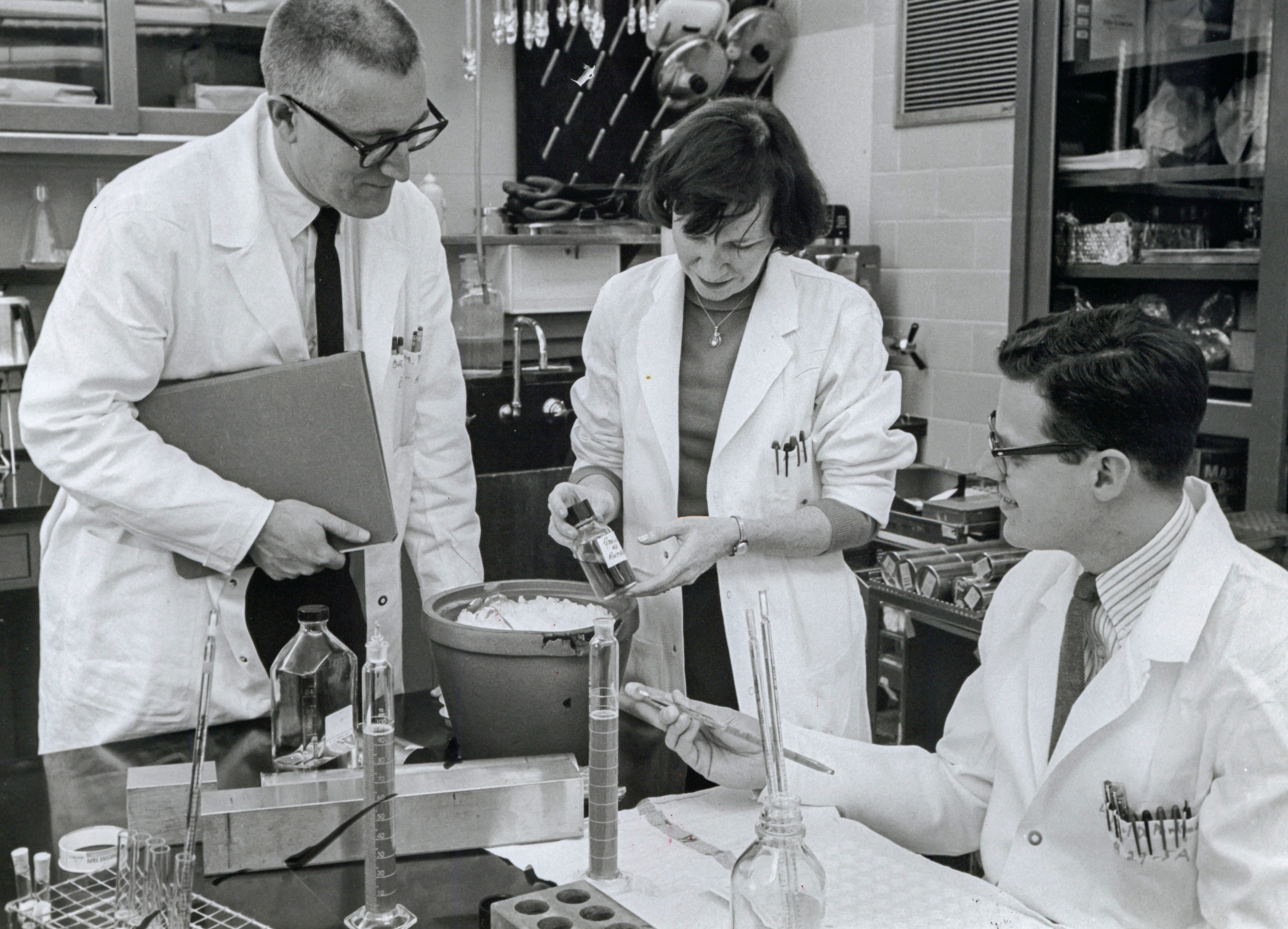 Dr. Meyer at left, Hopps at center, and Dr. Parkman at right with the rubella vaccine National Library of Medicine