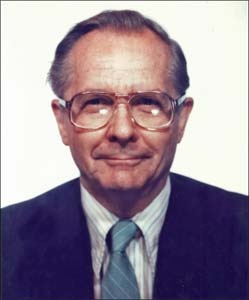 Dr. William Gay had already had an extensive career at the National Institutes of Health at the time AIDS appeared, having come in 1954 to work in Veterinary Resources. In 1981, he was Director of the Animal Resources Program in the Division of Research Resources. In that capacity, he was involved in the administration of the seven regional primate research centers in the United States. The AIDS epidemic thrust these centers into the limelight because of the search for an animal model for AIDS in humans and because of an outbreak of disease with varying manifestations, later named Simian AIDS (SAIDS), which occurred at some of these centers in the late 1970s and early 1980s. Scientists soon realized that the disease affecting the animals was transmissible, but it was not until 1984 that it was determined that it was caused by a retrovirus and that it had probably come from Africa in macaques or other monkeys.

The first major conference on AIDS in non-human primates was organized by Dr. Gay and others at the NIH in March, 1983. It was attended by an overflow crowd. AIDS animal model meetings were then held on an annual basis and became international in character. Scientists began to look at other retroviruses and other animal models, including cats, rabbits, and mice. Dr Gay points out the importance of animal models in basic research, especially in AIDS, not only in understanding the development of the disease but also in the testing of drugs and vaccines.

After retiring from the NIH in 1988, Dr. Gay worked for a number of years as a veterinary consultant on animal care and use policies and procedures at R.O.W. Sciences, Inc., in Rockville, Maryland.