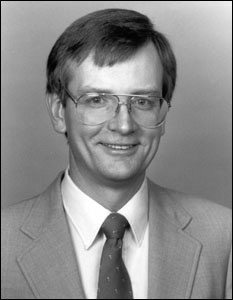 Like many other researchers who manned the front lines during the emergence of AIDS, Dr. William Blattner remembers a complex problem scientists struggled to understand. “AIDS was really the proverbial elephant–everybody had his or her hands on the elephant but could understand only a portion of its components.”

Dr. Blattner approached the disease as he had many others, using the tools of epidemiology to seek the factors that determine the incidence, frequency, and distribution of an illness. A pioneer in using laboratory techniques to answer epidemiological questions, he began looking at retroviruses before AIDS had emerged, joining with Dr. Robert Gallo and others in the search for retroviruses that could cause human cancers. His research played an important role in establishing the link between human T-lymphotropic virus type 1 (HTLV-1) and a type of T-cell leukemia observed in the Caribbean and Japan, a discovery that surprised many cancer researchers.

When a rare form of skin cancer began to appear with increasing frequency in young, gay men, Dr. Blattner helped track the disease. That cancer, Kaposi’s sarcoma, became known as a common sign of AIDS, and the early cases seen by Dr. Blattner were a harbinger of the coming epidemic. “There has never been a disease like AIDS,” he says, “I hope to God there is not another one.”

After 22 years of service at the NIH, Dr. Blattner retired and joined Drs. Robert Gallo and Robert Redfield to found the Institute of Human Virology in Baltimore, Md., where he is director of the division of epidemiology and prevention. He is also a professor in the department of medicine at the University of Maryland School of Medicine.