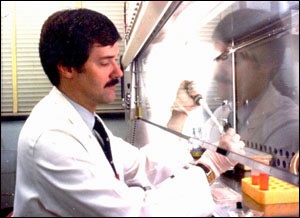 Then there was a report in Europe of Africans with the same disease who had come from Zaire and other places to Belgium, and France, and the patients were both men and women. That was all I needed to see. It was, I think, just one report, but that was enough for me. I felt this was not just a gay disease, and I doubted that this was dirty needles. But the only way we were ever going to find out was to go to Africa or go back to Haiti and set up good prospective long-term epidemiologic studies.

This was at the same time that people were talking about doing that anyway with gays, here in the U.S. and in Europe, that is setting up prospective cohorts and finding out how this was spread, what was causing it, and so forth. I think 1983 was a very instrumental year, early 1983, for setting up cohorts to investigate the epidemiologic as well as the clinical natural history of this disease.