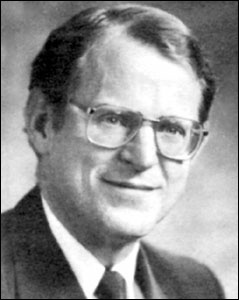 When the first cases of AIDS were reported in 1981, Richard G. Wyatt was a pediatrician-researcher in the intramural program of the National Institute of Allergy and Infectious Diseases studying diarrheal diseases of children. He recalls features of the NIAID laboratory where he worked that would have made it an ideal place to begin investigating the cause of AIDS, as well as some reasons their group did not gear up to study the disease, highlighting problems associated with newly discovered infectious illnesses.

At the time, the NIAID team was making progress towards a vaccine for rotavirus, which causes a serious and sometimes fatal diarrhea in children. “When AIDS first came along, there wasn’t any way of knowing what the agent was,” explains Dr. Wyatt. “To bring materials, possibly containing unknown etiological agents, into a laboratory where we were working on candidate virus vaccines didn’t really make sense.”

In early 1983, Dr. Kenneth Sell, NIAID’s scientific director, drafted Dr. Wyatt as a special assistant on AIDS-related research. In this position, he organized an NIH workshop, summarized by Dr. Albert Sabin, to consider the possible causes of AIDS. Dr. Wyatt recalls scientists proposing a range of viruses, including herpes viruses, hepatitis viruses, cytomegaloviruses, and parvoviruses. He also remembers how a late addition, retroviruses, was added to the agenda. The “wide net” approach, he explains, was recommended by Dr. Sabin in an era where little was known about the cause of AIDS and no viable option could be ruled out.

Dr. Wyatt’s other AIDS-related responsibilities included working with the New York Blood Center to collect and store human fluid and tissue samples for future study. Dr. Wyatt also attended and reported on some of the early meetings of the U.S. Public Health Service AIDS Executive Committee.

Currently Dr. Wyatt is executive director of the NIH Office of Intramural Research.