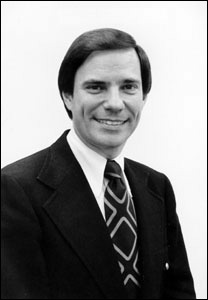 I don't remember the exact date when the first patient was admitted, but I do recall that there was a snowstorm, and NIH was closed. It was right before an NIAID council meeting. Somehow I had gotten into work, and Krause was already in. We were the only two people on the seventh floor, and the telephones were ringing everywhere. I answered the phone at one point, and it was a physician from some area outside of Philadelphia. He said he had tried all over Washington–even the White House–but he couldn't get anybody. He needed some help, and he had tried everywhere. To this day, I don't know how he knew to call NIAID. He had a patient–a forty-odd year old man who had Pneumocystis, and he'd done everything he could do for him, but he was still very ill. Could we offer any advice? I said, “Well, I'm not a physician, but I'm sure we can offer you some advice. Hold on.” I called Krause, who talked with the man. He told me to call Tony [Fauci]. Tony was also in, and the patient was later admitted that same day around six o'clock. That was, as I recall, the first AIDS patient admitted to the Clinical Center, and Tony took care of him.