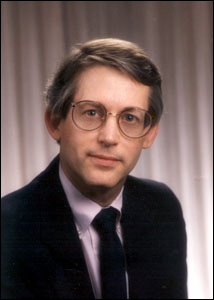 I remember talking to Tony [Dr. Anthony Fauci]. I said, “Well, let's go talk to Ken Sell.” Ken was here at NIH. He was good; he made a great contribution that I don't know will ever get recognized, because it wasn't a publication or anything like that. But he saw the importance of AIDS. He put the resources into it. We went down to his office and explained to him why we wanted to use this [interleukin 2]. He said, “Two-hundred-and-fifty-thousand dollars–well, sounds like it should be done. We'll do it.” I don't know if you went over to Dick [Dr. Richard] Krause and Chuck [Charles] Leasure, who was the executive officer at that time. I don't know where the money came from; it wasn't from a Congressional appropriation. Somewhere there was the money and we were able to get it. It wasn't a problem. Do you know Ken? Have you talked to him?

Lane: So he got the lab going over there; he brought the people over to culture LAV [lymphadenopathy-associated virus]; he put the resources in to get the thing. He really played a major role in getting the Institute galvanized. It was my perception that he was instrumental in getting this MACS [Multicenter AIDS Cohort Studies] work going. He said that we needed to look at these people. This was before HIV. This is not my approach to science–“Hey, I don't know what it is, but let's get 6,000 gay men and collect every secretion from their body and freeze it, and some day it will be useful.” But that's important to do. You need someone at that high a level to get it done. He was very instrumental and very supportive. I give him a lot of credit. It's a tough position. Everybody wants something from the scientific director. He clearly made this priority, and I was impressed by that.