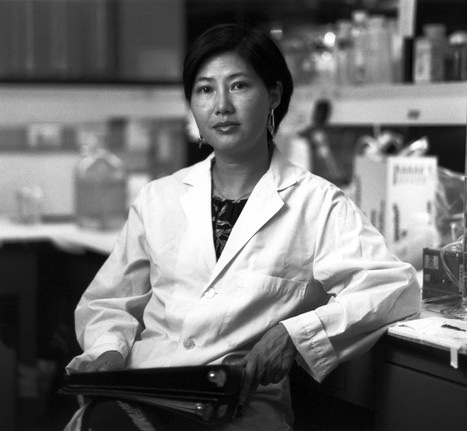 Dr. Flossie Wong-Staal arrived at the National Cancer Institute in 1973 to pursue then-new molecular biology techniques that revealed the workings of cells at the molecular and genetic level. One of her early research projects was cloning and sequencing the first pathogenic huma retroviruses ever known to exist, an NCI discovery that also led the laboratory into AIDS research.

In 1984, after the laboratory demonstrated that AIDS was caused by a retrovirus, Dr. Wong-Staal began the molecular characterization of the AIDS virus.  There was so much to do, she said, that “Working with this virus is like putting your hand in a treasure chest.  Every time you put your hand in, you pull out a gem.”  Her group’s early discoveries include two essential HIV trans-regulator genes, tat and rev, and the vprgene, whose function was at first unknown but later shown to be the tool the virus used to enter resting cells. They were also the first to obtain a molecular clone of the virus and show that it depleted T cells, a result that provided strong proof that the virus caused AIDS. Additionally, they were the first to describe the genetic diversity of the virus from different patients, both inter-patient and intra-patient, a finding that indicated a standard vaccine would not be possible to make.