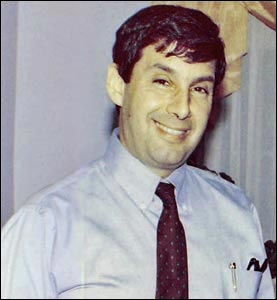 Dr. Bruce Chabner had just become head of the Division of Cancer Treatment of National Cancer Institute, the division that has the major responsibility for drug development, when the first reports of unusual cases of immunodeficiency and Kaposi's sarcoma were published in the summer of 1981 in theMorbidity and Mortality Weekly Report. Dr.Chabner's attention was drawn to these reports by Dr. Samuel Broder. Dr. Chabner recalls that he was the first among the administrative staff at NCI to become concerned about the syndrome. In September 1981 he helped organize and sponsor the first scientific workshop about AIDS that was held in the United States to discuss the clinical syndrome and the possible etiologies. This well attended meeting stimulated a number of researchers at the NIH and elsewhere to start research on AIDS.

As Dr. Chabner notes, although, at the outset, NCI was the focal point of what was happening at NIH with regard to AIDS, it was not a disease that fell naturally within the mandate of the Cancer Institute. It was most likely an infectious disease and not a malignancy. What research was done in the early stages of the investigation was a function of individual scientists' personal interests. The flexibility of the intramural program allowed some scientists to redirect their research into new areas without waiting for grant money. When the NIH began to receive large budget increases for AIDS research, NIAID became the lead institute in directing the research effort.

Dr. Chabner's research interests throughout his career have continued to be to be in cancer drugs and medical oncology. His fulltime work at NCI began in 1971 and he remained at NIH until 1995 when he accepted the position of Chief of Hematology and Oncology and Clinical Director at the Massachusetts General Hospital in Boston.