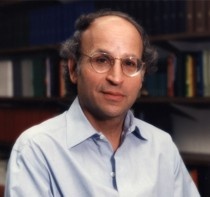 Dr. Arthur Levine was chief of the Pediatric Oncology Branch of NCI in 1981 when the first cases of AIDS appeared. He was a clinical oncologist trained in molecular virology and had had experience with retroviruses in his laboratory. At the beginning of 1982 he began to work with Dr. Bruce Chabner in NCI's Division of Cancer Treatment in a coordinating and advisory role. In this position, he attempted to galvanize people to do research on the new syndrome and to develop administrative activities focused on the new entity. By the fall of 1982, he had come to the conclusion that the cause of AIDS was most likely a slow acting RNA-containing retrovirus and he presented his idea to the first major symposium on the syndrome at New York University in March 1983.

In 1982, Dr. Levine became the Scientific Director of the National Institute of Child Health and Human Development, a position he held until 1998. He was a leader in building the intramural research program of this institute. Dr. Levine's research has focused on childhood malignancies and opportunistic infections in patients with cancer, and, throughout his career, he has engaged in molecular biological research. His long professional career at the NIH ended in November 1998, when he joined the University of Pittsburgh as Senior Vice Chancellor for the Health Sciences and Dean of the School of Medicine.