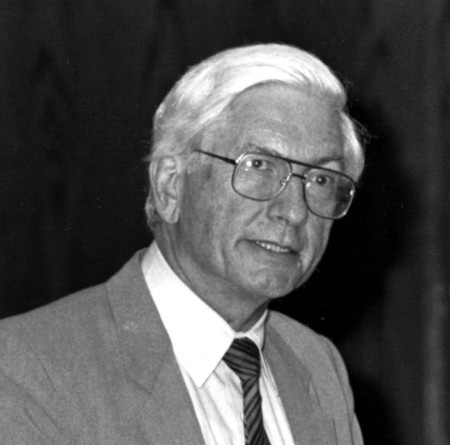 Dr. Amoz Chernoff came to Bethesda in 1979 to be Director of the Division of Blood Diseases and Resources of the National Heart, Lung, and Blood Institute after a long career at the University of Tennessee.   His previous research had focused on hereditary hemolytic anemias, but at the NIH his interest shifted to transfusion medicine and the need to educate physicians in the proper use of blood and blood products.

Dr. Chernoff's attention was drawn to the emerging problems of AIDS in the blood supply in the summer of 1982 when the first three case reports of AIDS in hemophiliacs were published in the Morbidity and Mortality Weekly Report . The uncertainty about the cause of the disease and the role that transfusion or blood products were playing in its transmission made it difficult at first for federal agencies and the blood banking community to determine how to respond.   In early 1983, NHLBI was designated as the lead agency and the Division of Blood Diseases and Resources as the division within it to develop research on surrogate tests to determine which blood donors might transmit the agent causing AIDS. Dr. Chernoff was placed in charge of the new research initiative.

The division also began a major transfusion safety study to determine the effects of multiple transfusions in a variety of diseases. The problem of the transmission of hepatitis in blood transfusions was already being investigated and the advent of AIDS heightened the need for and the importance of more extensive research.

Dr. Chernoff left the NIH in 1988 and had a consultative role as Associate Executive Director for Scientific Affairs for two years for the American Association of Blood Banks before retiring in 1990.