From the earliest reports of a new disease, scientists around the world focused their efforts on finding the cause of AIDS. They circulated information informally; they held meetings to exchange ideas; and they published promising findings. A pioneer in this effort was Dr. Robert Gallo of the National Cancer Institute, who only recently had discovered the first two human retroviruses, HTLV-I and HTLV-II. In 1984, research groups led by Dr. Gallo, Dr. Luc Montagnier at the Pasteur Institute in Paris, and Dr. Jay Levy at the University of California, San Francisco, all identified a retrovirus as the cause of AIDS. Each group called the virus by a different name: HTLV-III, LAV, and ARV, respectively. As has happened many times in scientific history, contention emerged about who had been first. In 1987, the president of the United States and the prime minister of France announced a joint agreement on the issue–the first time a medical research question had reached this level of political negotiation. More importantly, the identification of that virus, renamed human immunodeficiency virus, or HIV, provided a specific target for blood-screening tests and for scientists around the world conducting research to defeat AIDS.

AIDS being identified right after the discovery of the first and the second human retroviruses is one heck of an extraordinary phenomenon.

…we had not seen a new virus in the blood supply in thirty years, and retroviruses did not cause human disease, we thought, with the possible exception of T-cell leukemia. So these were all disturbingly new concepts.

We felt that the blood test was, in fact, an emergency, and to say that this was the etiology of AIDS was the right thing, and that it was urgent to do so.

My impression is that, until the virus was isolated, it was relatively hard for most scientists to get a good handle on how to attack AIDS. 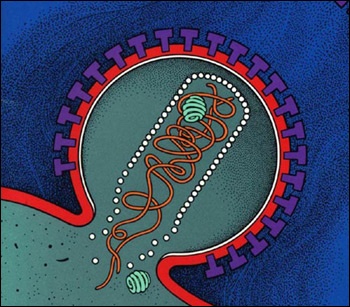 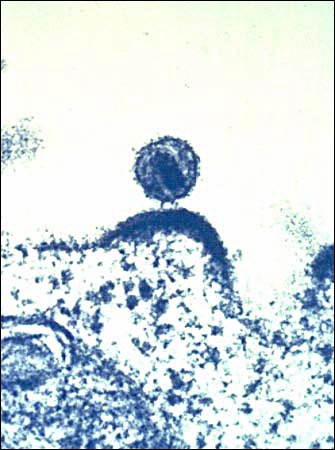 The virus that causes AIDS is shown budding out of a human immune cell, which the virus infects and uses to replicate 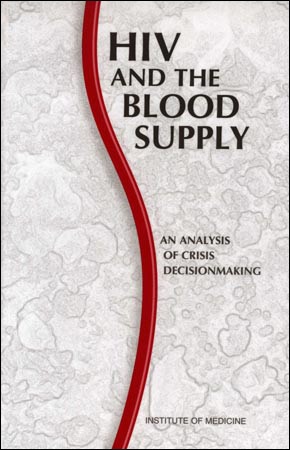 Upon recognizing that HIV could contaminate the blood supply, government scientists sought ways to keep it safe 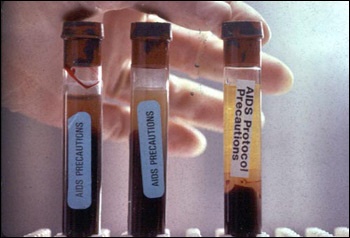 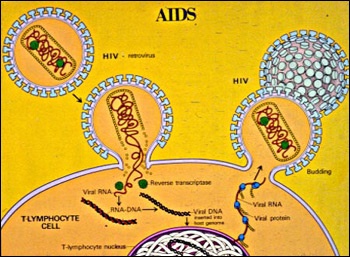 Scientists found out how the virus attaches to an immune cell and reproduces, the challenge was prevention of this process