John Daly, Ph.D., was a world-renowned leader in natural products, chemical ecology, biological chemistry, and pharmacology. Many of his discoveries came from his own adventures in the rainforests of Central and South America, Australia and Madagascar, isolating, for example, the biologically active compounds from the skin of poisonous tree frogs. He found that one of these alkaloids, epibatidine, is 200 times more effective than morphine as a painkiller. During the 1980s, Daly was among the 100 most-cited scientists worldwide. He was elected to the National Academy of Sciences in 1997.

The Office of NIH History and Stetten Museum has gathered the following resources concerning Dr. Daly: 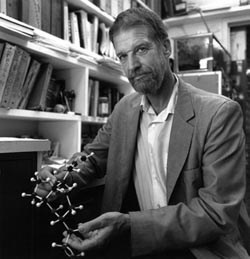