From the Newspapers to the Movies:
Rocky Mountain Spotted Fever in Popular Culture

A new deadly disease, the struggle to contain it, and the race to develop a vaccine for it—Rocky Mountain spotted fever and the self-sacrifice and success of those researching it had all the elements of a good story. In the mid-1930s, that story captured Americans’ imagination in a best-selling book, a series of newspaper articles, and a popular movie. Of course, such re-imaginings of the actual events could, and did, take liberties with the truth.

Lloyd C. Douglas published his book “Green Light” in March 1935. His main character was a young surgeon named Dr. Newell Paige. When Paige’s mentor, Dr. Bruce Endicott, accidently killed a patient during an operation, Paige covered for him and lost his job. He ended up in a shack in Boone, Montana trying to find a vaccine for Rocky Mountain spotted fever (RMSF). The plot included a love story, of course, and also featured an Episcopal priest who advised most of the characters throughout the book. As far as the RMSF subplot was concerned, however, the book didn’t have much to do with reality. For example, as a surgeon, Paige was neither a pathologist, an entomologist, nor a bacteriologist. And the researchers in Douglas’ story worked in secret, pretending to be down-and-out drifters, while the real-life researchers had the support of the town around them.

In the book, when Endicott finally learned that Paige was in Montana researching RMSF, he was horrified and decided to confess that he was the true culprit: 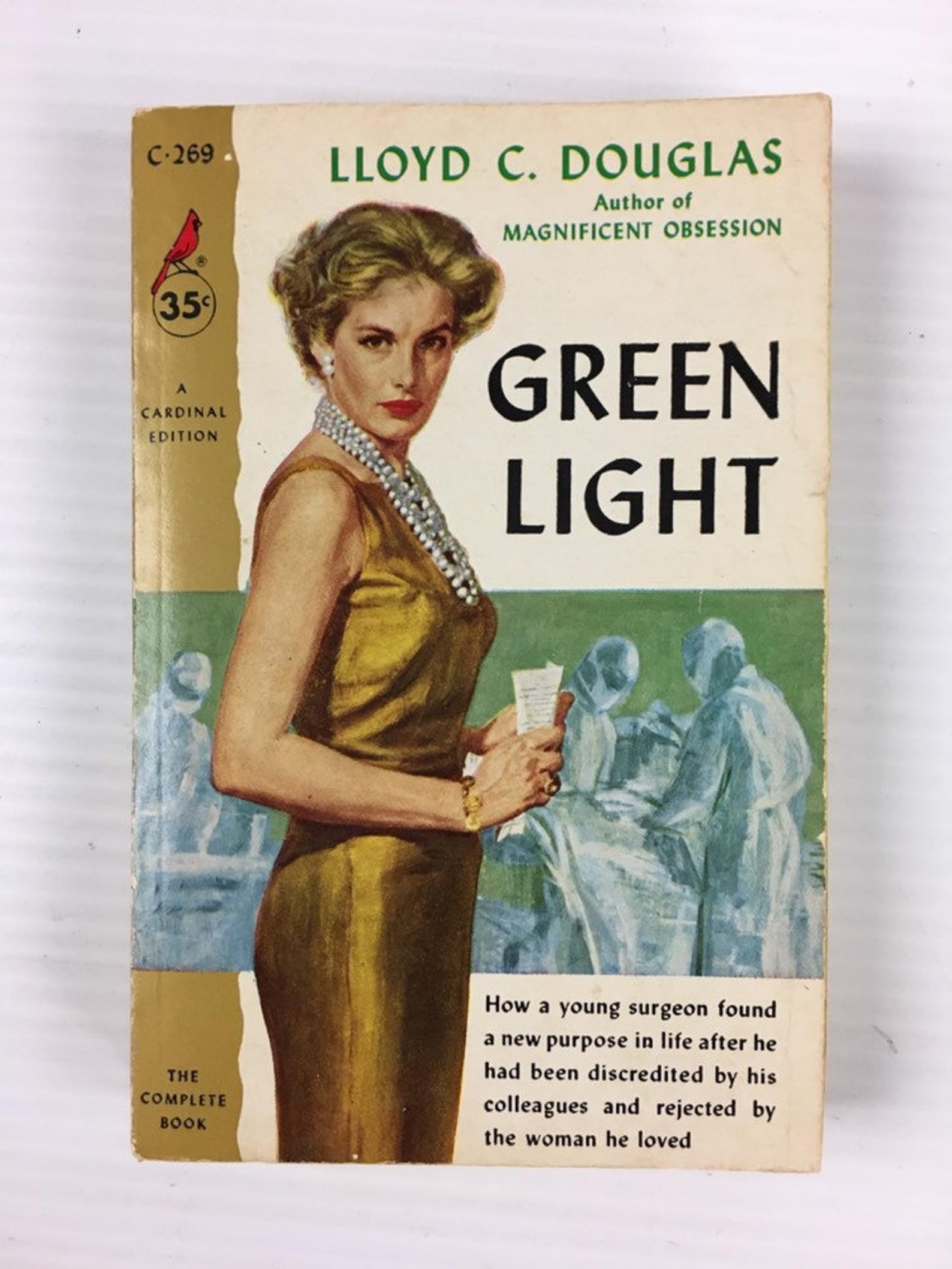 “Green Light” was a best-seller for Lloyd Douglas and was reprinted into the early 1960s. This cover from the 1959 edition featured a beautiful woman superimposed on an image of an operation. No ticks!

While Douglas’s book didn’t have much connection to the reality of RMSF research, he was correct about this: the real people who died doing this research deserved a better death.

When Douglas’ book “Green Light” was published in 1935, U.S. Public Health Service leaders must have greeted it as a lucky coincidence. They were beginning a public relations campaign focusing on the National Institute of Health (NIH—then singular). They wished to secure funding during the Depression to move the NIH from a small campus in the heart of Washington, D.C. to a spacious campus in Bethesda, Maryland, where state-of-the-art research buildings could be constructed, and the public health mandate of the NIH could be expanded. The public relations campaign focused heavily on newspapers.

Lucy Salamanca of the Washington Star greatly aided the campaign with her series “The G-Men of Science”. “G-men” was slang in the 1930s for the FBI agents who were combating organized crime and bank robbers. Salamanca borrowed the term to describe the heroics of NIH scientists. The 12-part series focused on diseases such as typhus, malaria, tularemia, encephalitis, and Rocky Mountain spotted fever. Her article “Tick is Conquered: Scientific G-Men Perfect Vaccine Against Rocky Mountain Scourge After Six Experimenters Lose Lives” is mostly accurate, although it does rely on sensational language about the NIH’s “magic brews” to engage the reader. One can imagine that her description might also have embarrassed Dr. Roscoe Spencer: 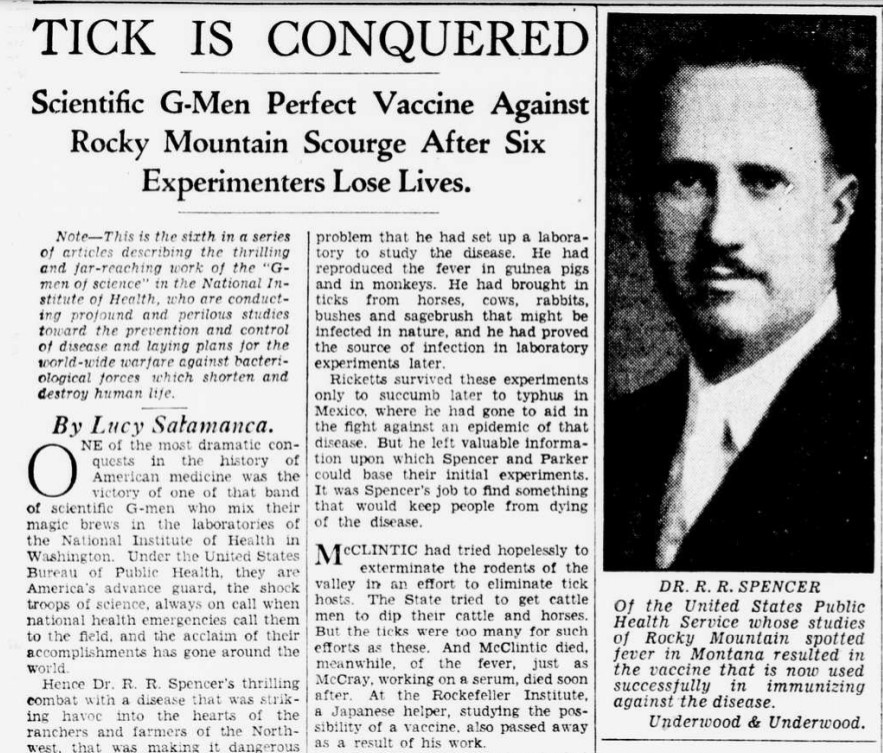 “With the modesty of his kind, Dr. Spencer today shrugs away the drama of what he and his little band of helpers accomplished in the small school house in Montana where they had set up their laboratory. But those who know him declare his successful vaccine against the fever of the Northwest is only the first of the victories against disease that we may be able to chalk up to the credit of this G-man of science in years to come, for he is still in early middle age, and perennially active in the war against disease.”

A transcript of the article is available.

Of course, you haven’t made the big time unless you’re in the movies; when Lloyd Douglas’ book “Green Light” made it to the movie screen in 1937, even more Americans became familiar with Rocky Mountain spotted fever (RMSF) research. The movie cut most of the book’s religious conversations and added more to the love story. It also included Dr. Newell Paige testing the RMSF vaccine on himself, as Dr. Roscoe Spencer had done in real life—perhaps the screenwriters had read Lucy Salamanca’s article.

Directed by Frank Borzage, the movie starred Errol Flynn as Dr. Paige. Flynn was known for his swashbuckling roles and wanted a more dramatic role.  The tale of self-sacrifice, love, and loyalty did well at the box office, pulling in $1,254,000 domestically and becoming Warner Brothers Studios’ second most popular film in 1937. 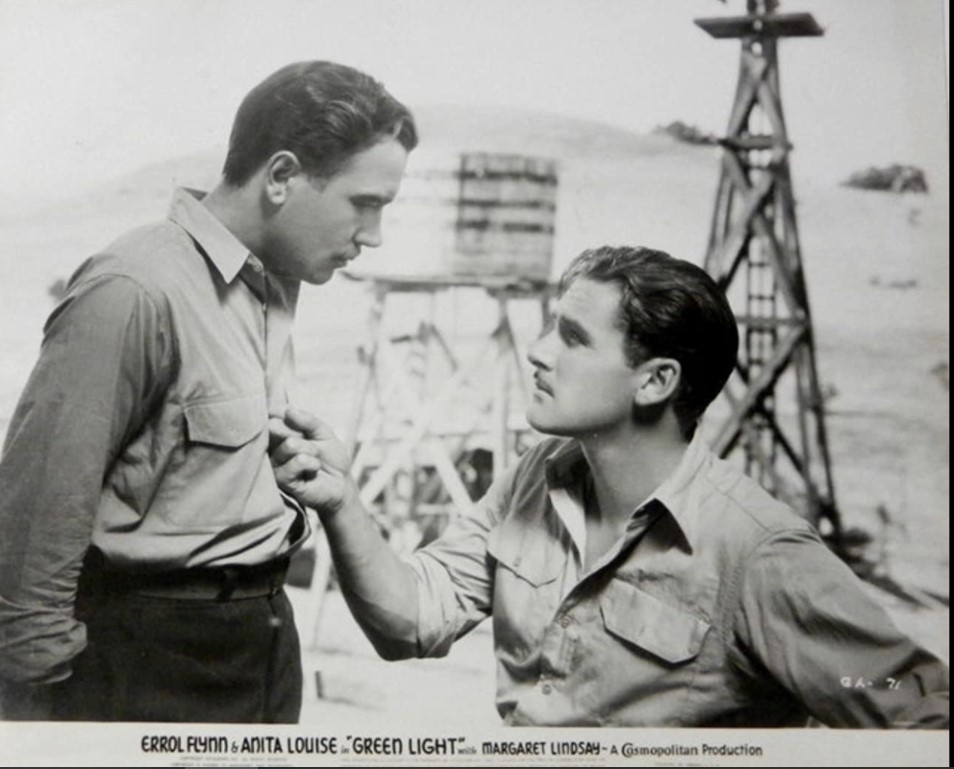 An article in TIME Magazine stated:

“Dr. Spencer…is as modest as he is short. But his work in proving the tick transmission of deadly Rocky Mountain spotted fever (in some places it kills nine out of ten) and developing a protective vaccine has brought him a public reputation. He was idealized as the hero of Lloyd Douglas' novel, Green Light—moviegoers know him as the man (Errol Flynn) who went into the Rockies after ticks.”

It’s not known what the RMSF researchers in Montana thought of the movie. Perhaps they referred to Spencer as “Errol” in private.