The Laboratory After the Schoolhouse

Once the vaccine for Rocky Mountain spotted fever (RMSF) was proven to work, the production of the vaccine was added to the mandate of the U.S. Public Health Service’s Canyon Creek Schoolhouse laboratory. As awareness of RMSF grew, particularly among the Western states, the laboratory could hardly keep up with the orders. The schoolhouse was too small for research and vaccine production, so in 1927, the State of Montana appropriated $60,000 for a bigger building actually designed for these purposes. The owner of the rented Canyon Creek Schoolhouse would get their property back.

The new building, located at what today is the intersection of Fourth and Grove streets on the southwest edge of Hamilton, was designed to protect workers and the town. Rounded seams where the walls met the floors gave ticks one less place to hide. Mirrors enabled workers to examine themselves for ticks and there were plenty of autoclaves to heat workers' clothes to kill ticks hiding in the seams. A so-called moat–really a strip of sticky goo–was placed around the building to keep ticks in, and the property was surrounded by fencing to keep animals and people out.

Building One was larger than the Canyon Creek Schoolhouse laboratory and full of modern laboratory amenities when it opened in May 1928. There were special rooms for refrigeration, tick-rearing, and vaccine-production. And soon special animal rearing and holding pens were added at the back of the building. Building One remains used for research today. 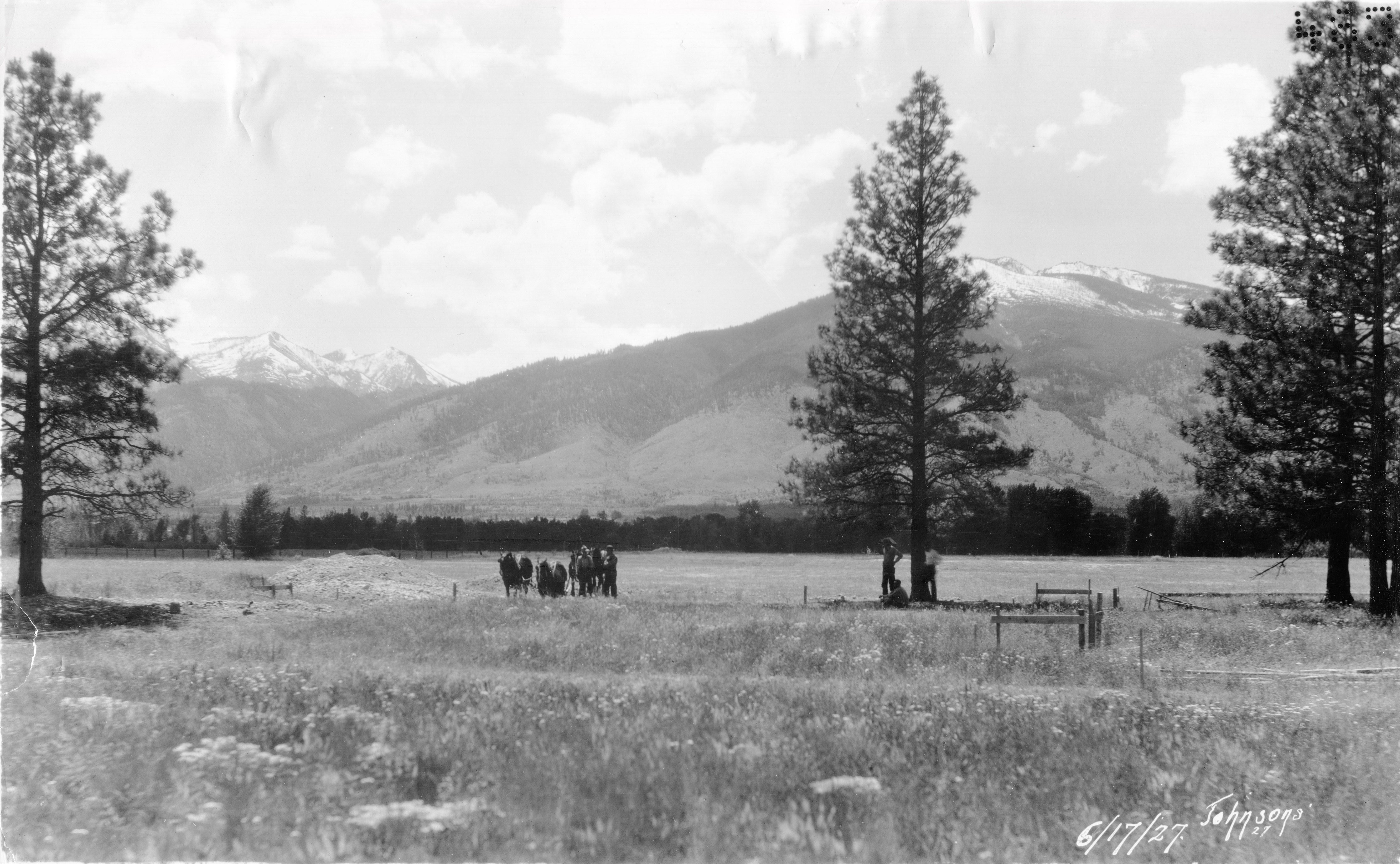 This photo was taken on June 17, 1927 on the site for the future laboratory, now known as “Building One,” in Hamilton, Montana. Image: Office of NIH History and Stetten Museum, 4432a 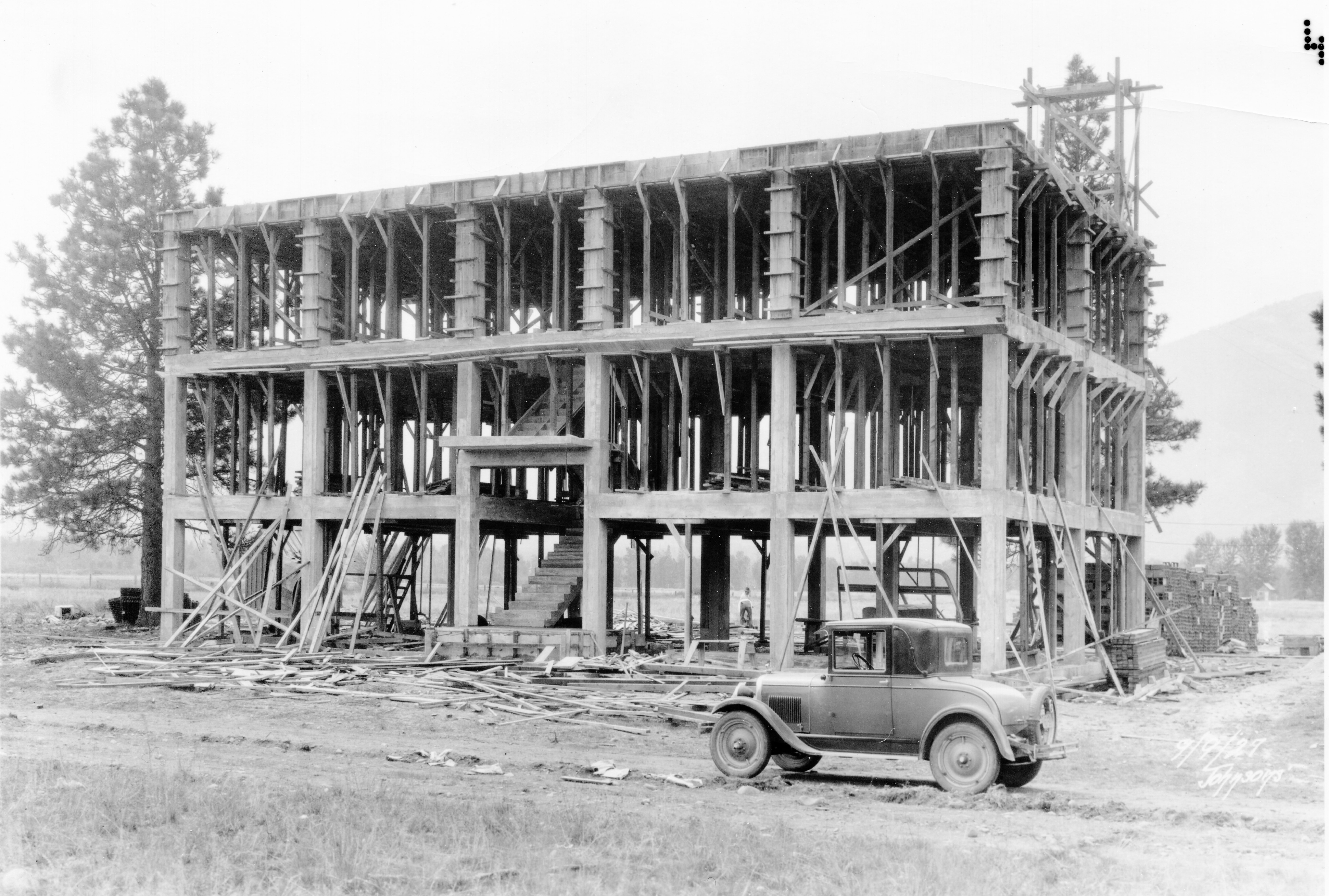 The new laboratory, Building One, under construction on September 9, 1927. Image: Office of NIH History and Stetten Museum, 4434b Building One was a three-story red brick building with several small, one-story buildings in the rear for animals and storage. Finished in 1928 by state of Montana, the building was bought by the federal government in 1931 for the U.S. Public Health Service’s Rocky Mountain Laboratory (the name was made plural in 1982). Image: Office of NIH History and Stetten Museum, 1527 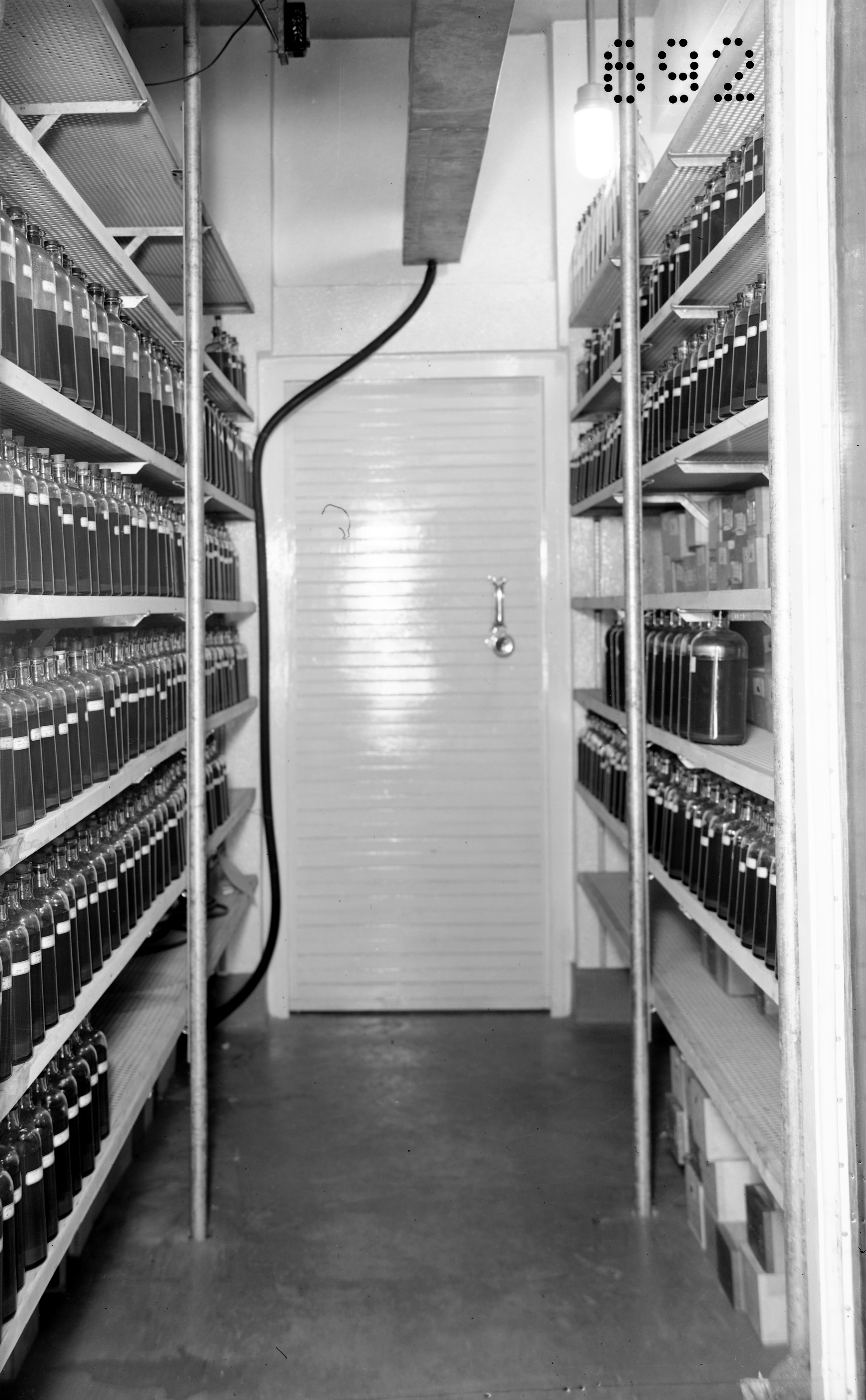 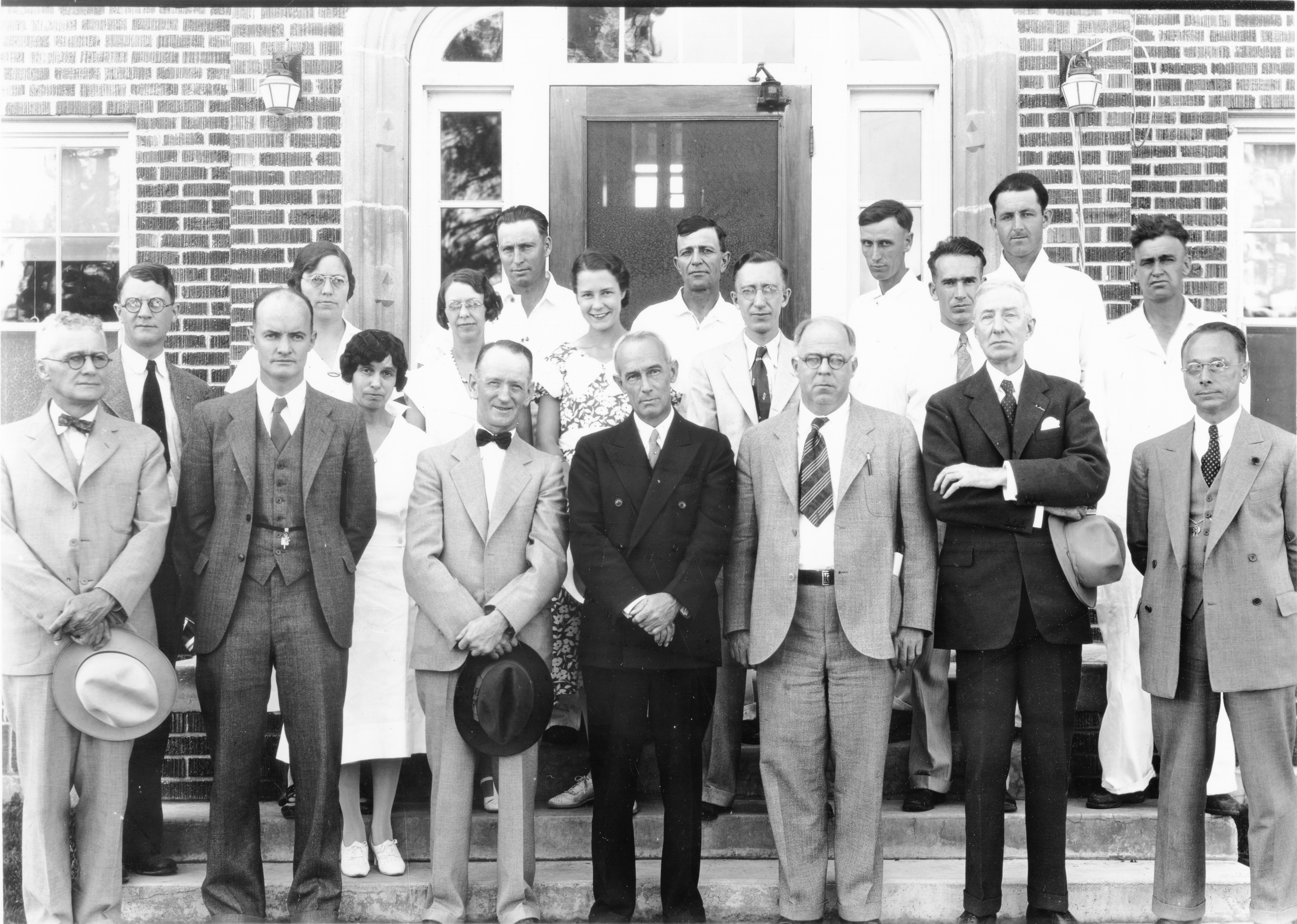 If you can identify any of these other people, please let us know. Image: Office of NIH History and Stetten Museum, 1532-1 If you can identify any of these people, please let us know. Image: Rocky Mountain Laboratories, 444

Today, RML conducts basic scientific research, the starting point leading to clinical research, in about 30 buildings on 36 acres of land, and employs about 450 people. Laboratories with the highest biosafety levels allow researchers to perform maximum containment research securely and safely. RML also provides services to other NIH institutes. For example, a Genomics Core provides cutting-edge technology and consultation to researchers in the areas of gene sequencing and gene expression. Researchers receive results rapidly and in an easy-to-understand format that enables them to quickly determine potential vaccine candidates, diagnostics, and the like. The Microscopy Core Unit offers unparalleled expertise and instrumentation in electron and confocal microscopy.

Imagine the look of delight—and probably jealousy—on Dr. Ralph Parker’s face if he could turn from unloading the small truckload of equipment into the Canyon Creek Schoolhouse laboratory in September 1921, to see the campus and technology available to the Rocky Mountain Laboratories today. 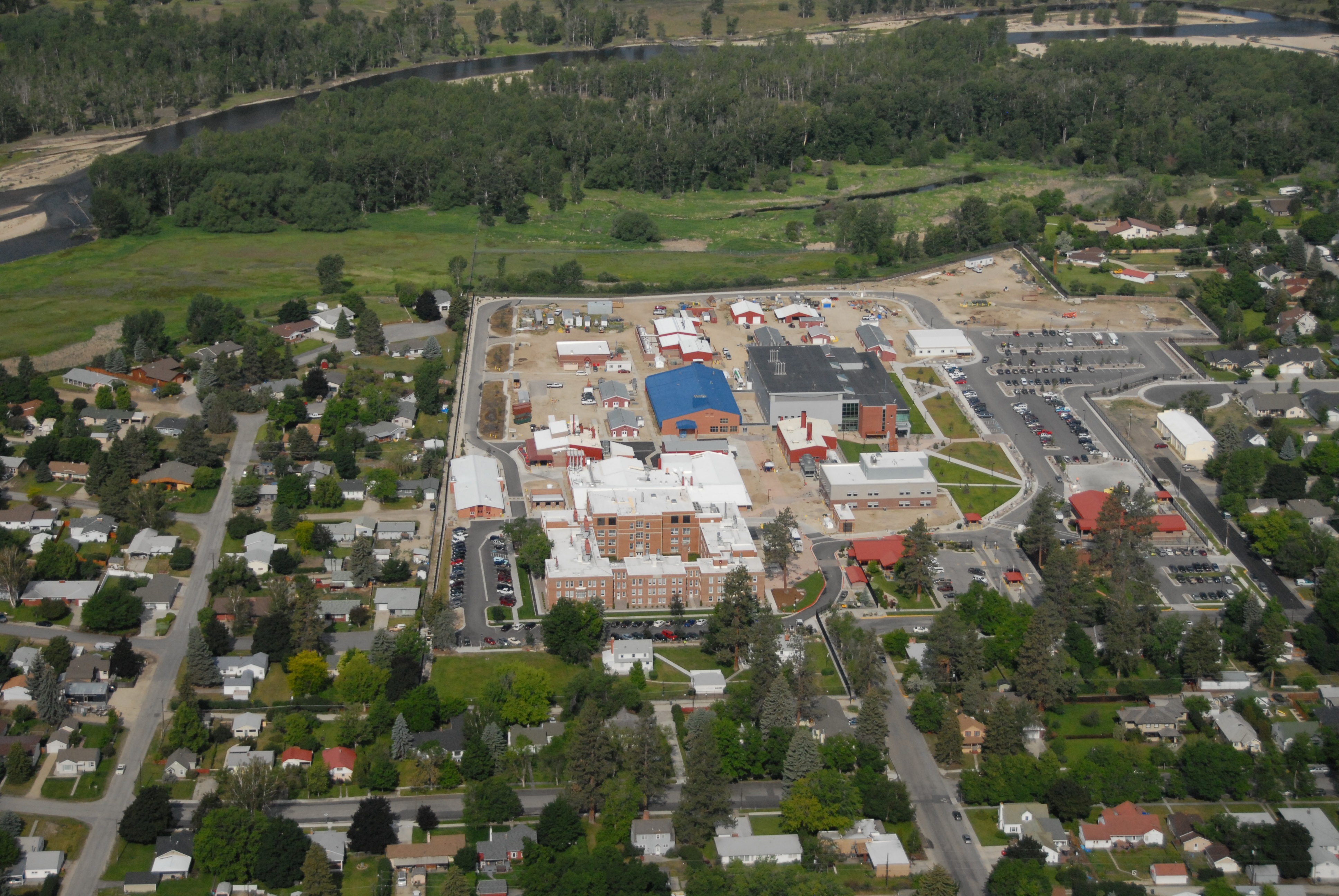