Giulio Cantoni, M.D., was the founding chief of National Institute of Mental Health's Laboratory of General and Comparative Biochemistry, from 1954 to 1994, as well as the founding music director of the FAES Chamber Music Series at the NIH. He pioneered understanding of methylation, a key chemical reaction increasingly appreciated as the switch that turns genes on and off in biological processes ranging from cancer metastasis to nurture's influence on nature in shaping stress reactivity. Dr. Cantoni was elected to the National Academy of Sciences in 1983. A Jewish refugee from Mussolini's Italy, he arrived to New York just weeks before the attack on Pearl Harbor in 1941, a story recounted in his autobiography, From Milan to New York by Way of Hell: Fascism and the Odyssey of a Young Italian Jew. 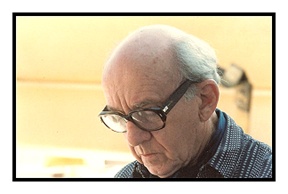