Sara Branham graduated from Wesleyan College in Macon, Georgia in 1907, becoming the third woman in her family to do so following her mother and grandmother. After teaching science in girls’ schools, Branham enrolled in the University of Colorado and then earned her Ph.D. and M.D. at the University of Chicago. While at Chicago, she taught some of the up-and-coming women scientists who would later work alongside her at the NIH. She is credited with the discovery and isolation of the virus that causes spinal meningitis, as reflected in an article about her titled “Georgia-Born Woman Doctor Uncovers Cure for the Dread Germ of Meningitis” in the Atlanta Constitution on March 6, 1939, which stated, “She killed millions of killers!” 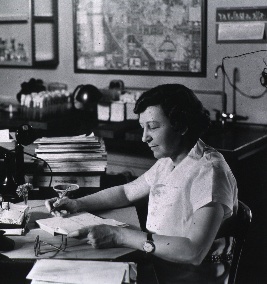 The image files below are in the highest resolution available. To download the files below, right click and "save as" to save to your desktop. 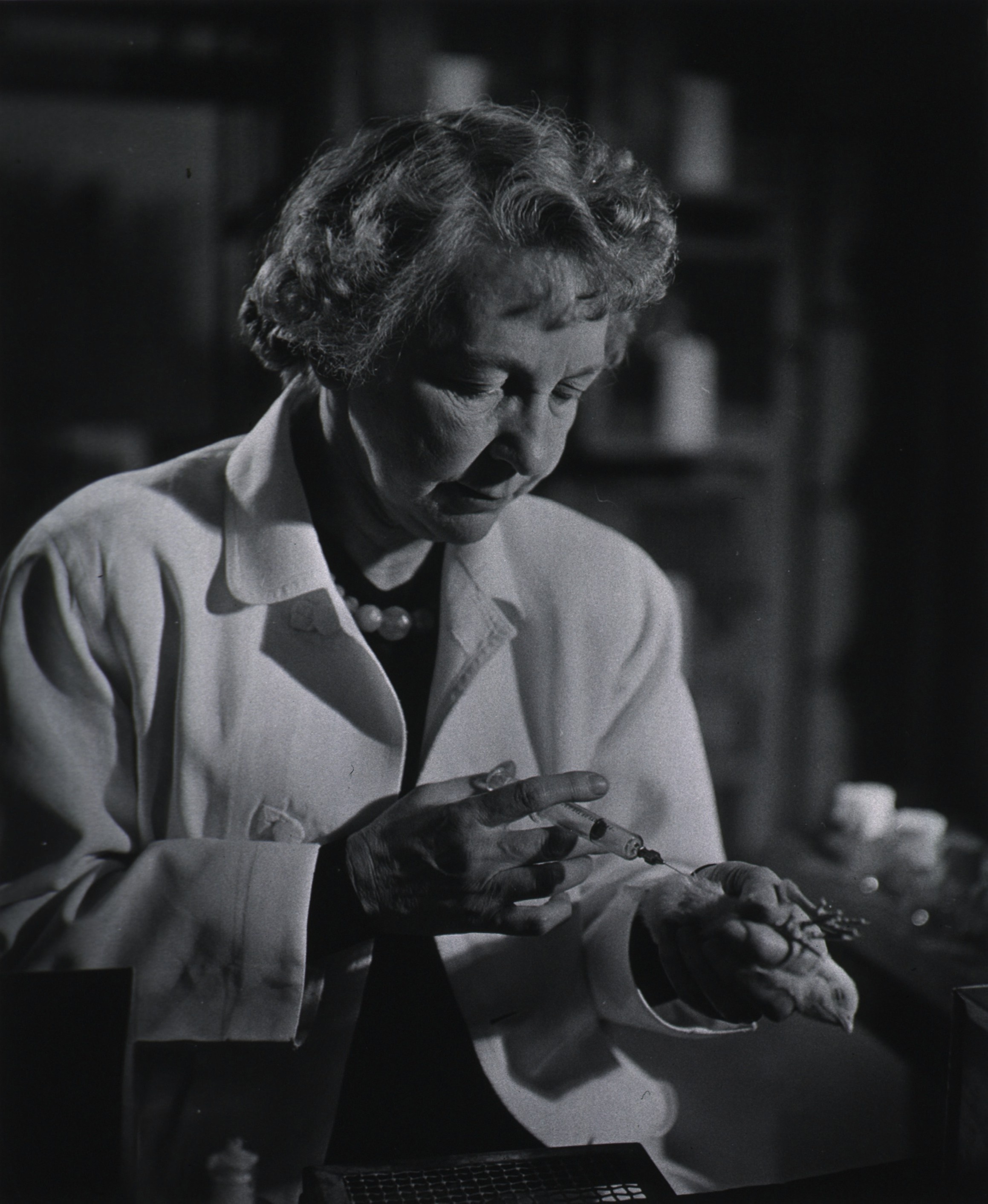 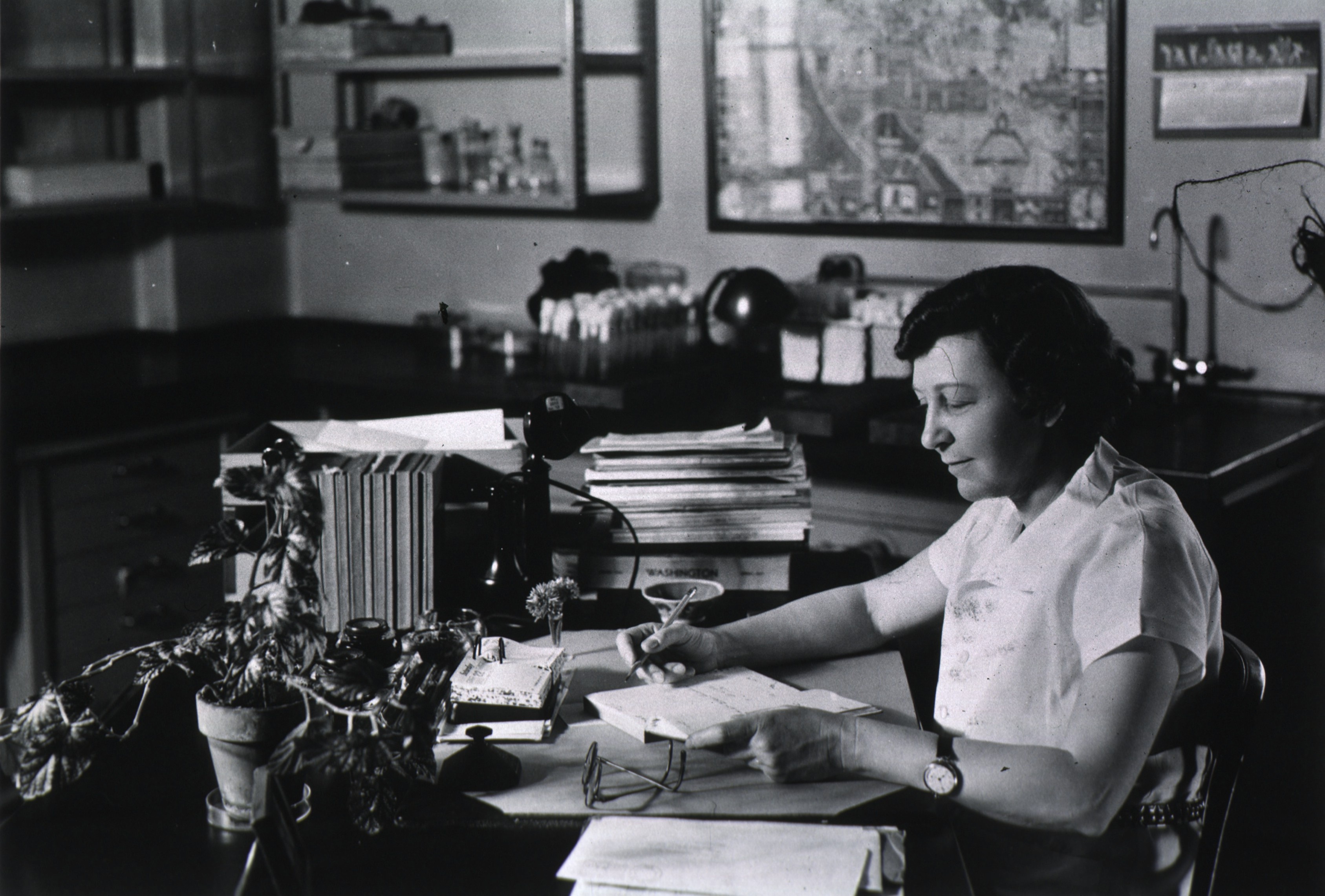 Dr. Branham seating at her desk, summarizing a report on a "mouse protection test." c. 1938.  Photo credit: Courtesy of the Office of NIH History and Stetten Museum. 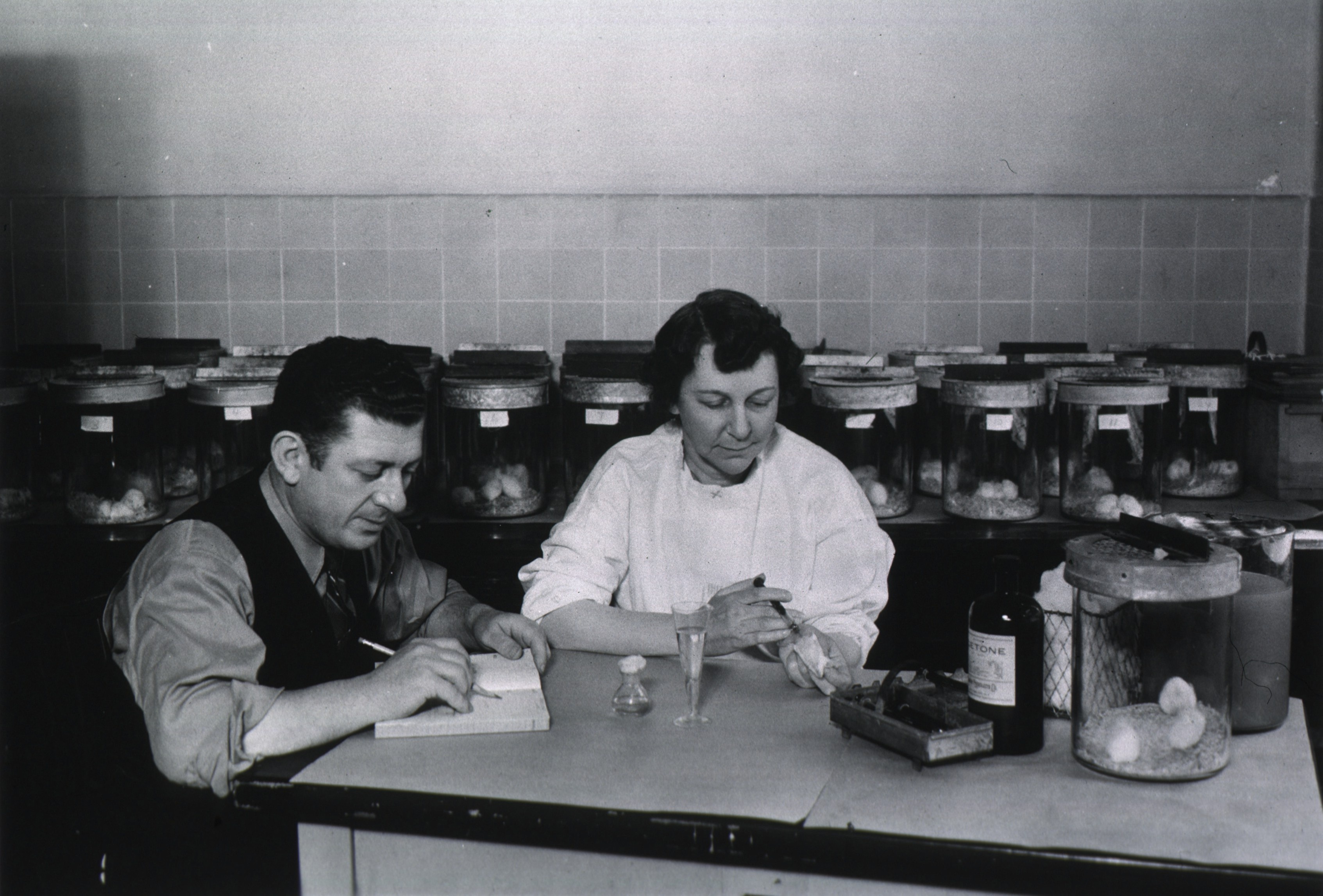