A look at some scientific instruments that have played a major role in advancing our understanding of human biology and medicine.

The ability to make precise measurements of mass is a fundamental aspect of scientific inquiry. Analytical balances were exquisitely designed to perform such a function. They served as basic tools for the determination of chemical

Simple balances were used as early as 5000 B.C. So long is their history that the very word "balance" comes from the Latin word bilanx which means "two pans." The modern analytical balance originated during the mid-18th century, when the Scottish chemist Joseph Black developed the technique of using a lightweight, rigid beam supported on a knife-edged fulcrum. The accuracy achieved by this innovation far surpassed that of any other weighing device.

example of an analytical balance 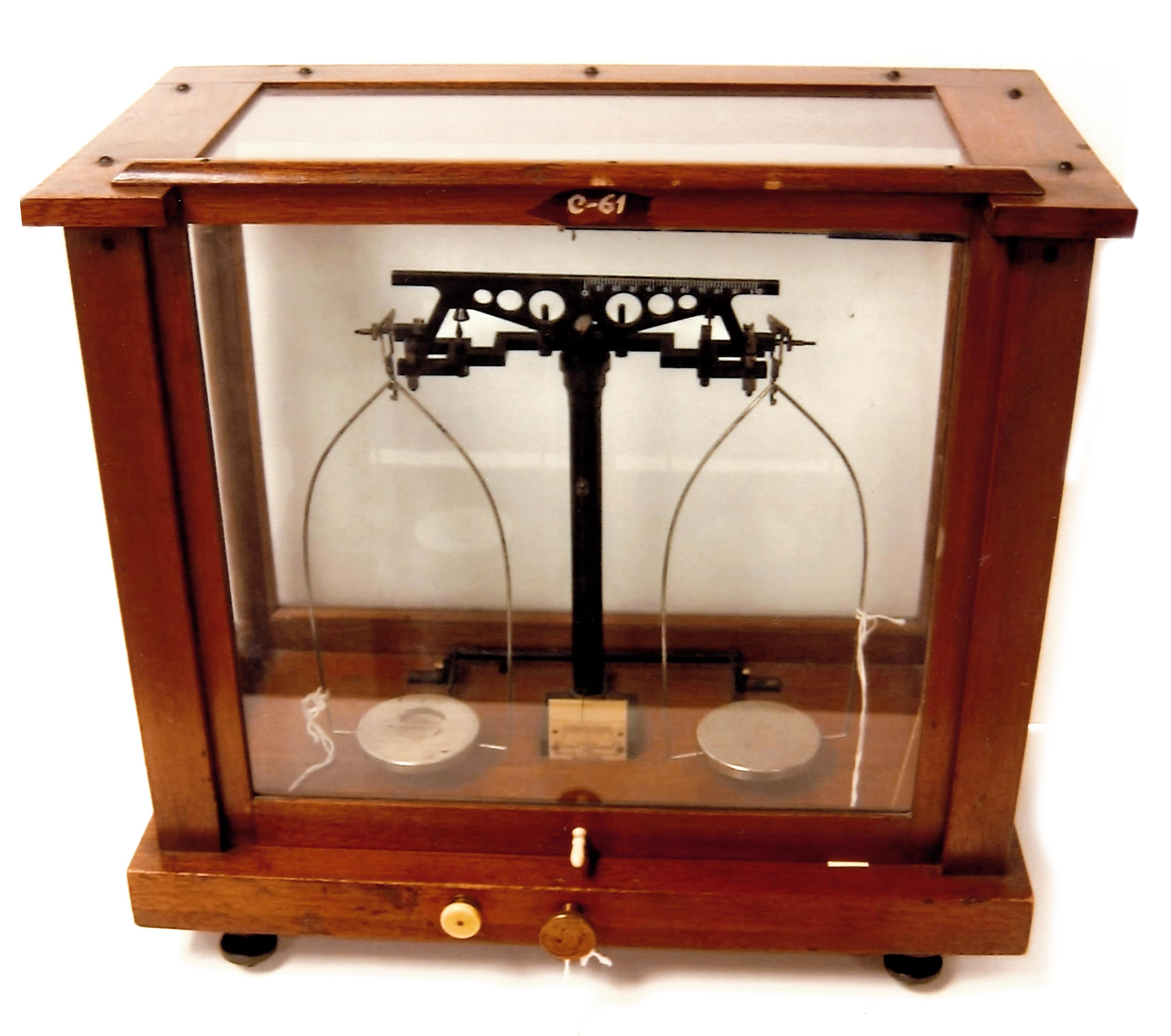 photo of an analytical balance

The operating principle of these instruments was similar to that of a seesaw. They worked by placing a sample in one pan and then adding known weight to the other pan until an equilibrium was established. To avoid the need to handle extremely small reference weights, balances were equipped with a rider mass that could be moved along the beam to effect small gravitational torque changes. Since the operation of such balances was affected by air currents and humidity, the working parts were enclosed in a glass case. Although there have been hundreds of variations on the equal arm balance, the fundamental design, reflected in these examples, served as the mainstay in laboratories for 200 years, from 1750 to 1950. Starting in 1948, the design of balances moved in the direction of single pan devices.

In their most advanced form, balances of this type achieved accuracies of less than 0.001 milligram; that is, they could detect differences of less than 1 part in 10,000,000. Some of these technical refinements included: pan brakes, magnetic damping of beam oscillation, built-in weight sets operated by dial knobs, and microscopic or microprojection reading of the angle of beam inclination.

The NIH Stetten Museum collects and exhibits biomedical research instruments and other artifacts relating the history of the National Institutes of Health (NIH).