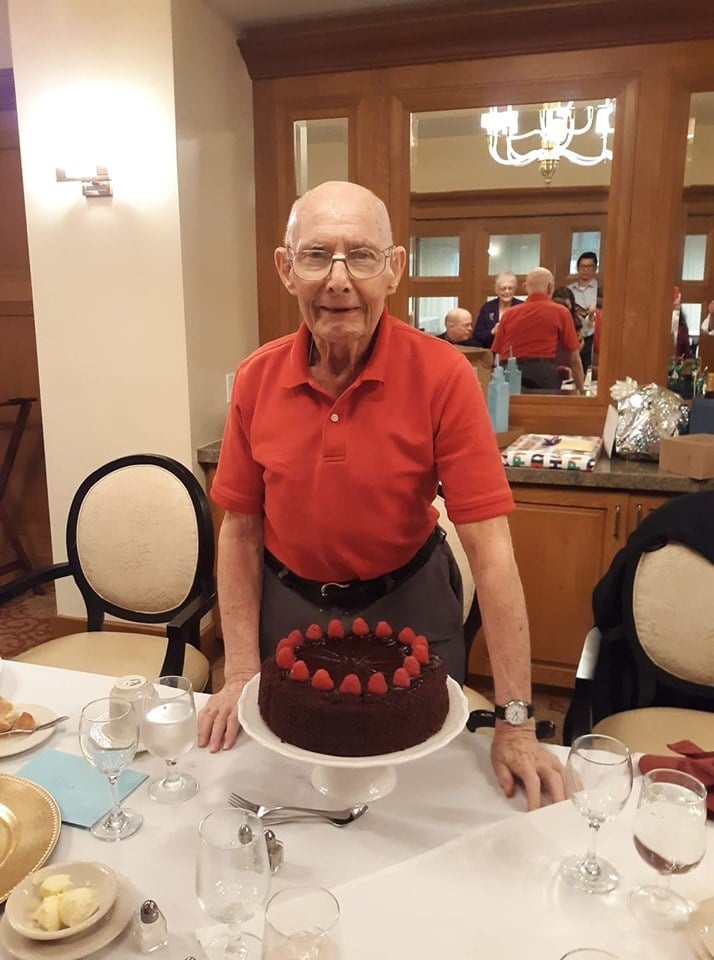 We celebrate the life, work, and friendship of Daniel Lednicer, Ph.D., who joined our office as a volunteer in 2006, and actively contributed to our mission until his death last week at the age of 91.  He is greatly missed.

Never one to be idle, Dan came to the Office of NIH History and Stetten Museum after finishing a volunteer gig at the National Building Museum, where he had scanned and cataloged 8,000 photographs of the Kress Variety Store Collection. He was also volunteering at the Holocaust Museum, entering thousands of names into the Victims and Survivors Database. Over the past 15 years, Dan catalogued our library, identified museum objects, scanned hundreds of instrument manuals and photographs, and wrote biographies of prominent NIH scientists. We were about to ask him for his help to prepare oral histories of NIH staff working on the COVID-19 pandemic when he died.

Dan brought more than his volunteer talents to us; he was an accomplished research chemist who wrote more than 70 peer-reviewed papers, held 69 patents for chemical compounds, and wrote at least 17 books, including seven volumes of Organic Chemistry and Drug Synthesis.  His last book, Antineoplastic Drugs: Organic Syntheses, was published in 2015. His professional knowledge made him uniquely qualified to answer our questions regarding chemicals in our collection and the public’s questions about such things as the safety of chemicals found in antique children’s chemistry sets.

When he was 10 years old, Dan’s family fled the Nazi invasion of Belgium, eventually immigrating to  New York City in 1944. He received a B.S. in Chemistry at Antioch College in Ohio. He got his Ph.D. in 1955 from Ohio State University as one the first students to use a National Science Foundation fellowship. His thesis was entitled The Synthesis and Resolution of Hexahelicene.

At G.D. Searle & Co., Dan worked on anabolic steroids for use by burn victims, but he only stayed a short time before leaving for a thirty-year career in private industry at UpJohn Co., Mead Johnson & Co., Adria Laboratories, and ABC Laboratories. In these companies, he was director of their pharmaceutical research. He is best known for discovering the synthesis of Bromadol, an opioid analgesic selective for the μ-opioid receptor with a potency between codeine and morphine. In 1989, Dan joined the National Cancer Institute at the NIH where he was project officer for synthetic, analytical, and drug formulation contracts in the Developmental Therapeutics Program.

But one of Dan’s first loves was art. As a young man, he struggled with whether to become an artist or a scientist before choosing chemistry. When he retired, he picked up a paintbrush and began a satisfying and successful avocation of painting miniatures. These paintings were seldom over 4” x 4” and some were much smaller. He won many awards for his paintings, the last being bestowed in 2018. He always painted these tiny and beautiful scenes without the aid of a magnifying glass.

But what we will miss more than his volunteer willingness and chemical expertise is Dan himself. He always had a good story and good memory of what was happening in other people’s lives. He constantly bragged about his children.  And he was determined not to let any physical problem overcome him. His passing leaves a hole in our office and our hearts.